That means paying for, moving, stacking, sawing, and then splitting nearly 1½ cords, 5 cubic meters, of meter-long oak logs, to get them ready for burning. Like everything else this year, it's late to be starting such a series of outdoor tasks. Lucky for us, the weather is supposed to be warm and sunny for the next week or so. Walt does the sawing and splitting, so he's the one who has to work the hardest, while I fix lunch. 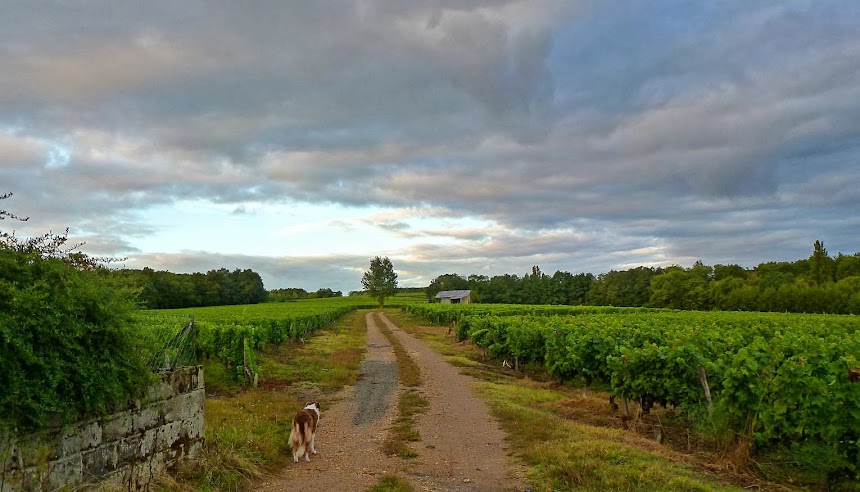 
Out in the vineyard, one big parcel of Sauvignon Blanc vines has been ripped out this season. The vine trunks were attacked by some kind of wood-rotting fungus, and one of our neighbors told me that the arsenic that used to be sprayed on the vines to control the rot has now been banned. 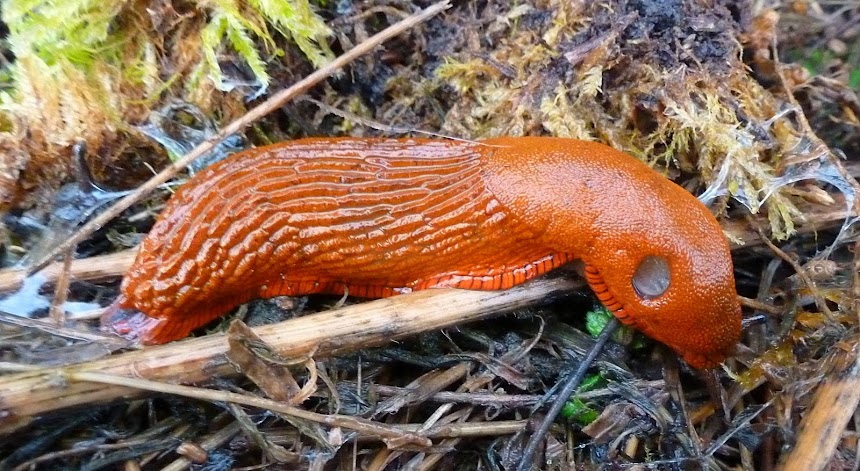 The red slugs get to be six or eight inches long.


On the edge of that bare vineyard plot, there seems to have been an explosion in the red slug population. We noticed the red slugs (orange really) when we first came to live here 10 years ago, but there didn't seem to be very many of them, at least not where we walked. That was a hot dry summer. This year, I see a lot of slugs every morning when I go walking with Callie, dozens of them, especially in that one particular spot. 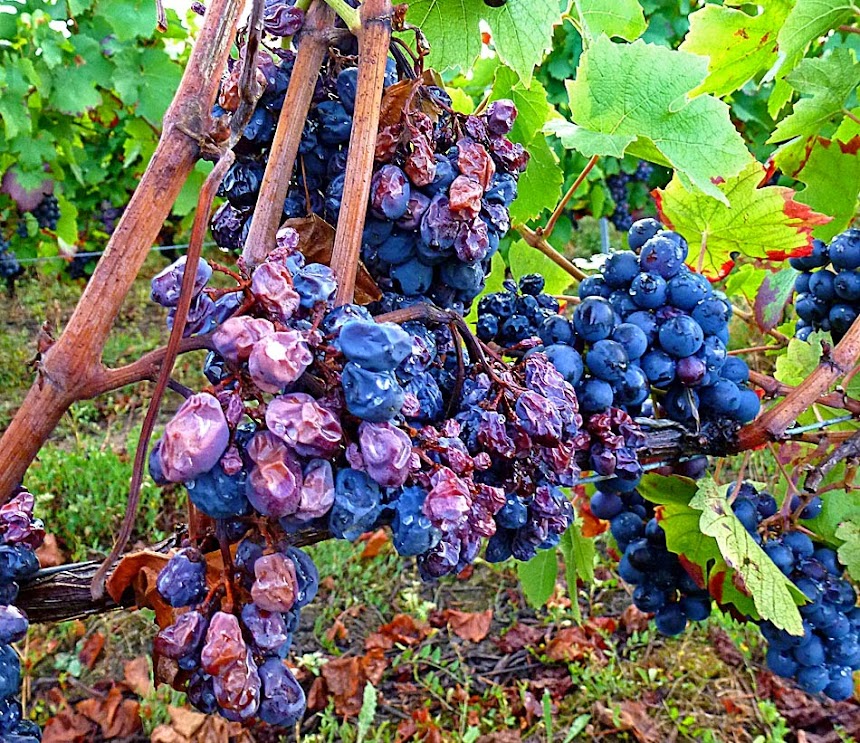 Raisins on the vine


At least the red slugs haven't invaded our vegetable garden. Yet. I think their cousins the snails have already staked out that territory.


Madame Barbier's hair salon has re-opened down in the village, but it no longer belongs to Madame Barbier. We will miss her. I really need a haircut — it's been three months — so I have to make a call or stop by the salon de coiffure soon for a rendez-vous. I'll find out the name of the new owner/operator. And I'll see what "improvements" have been made in the salon. The interior was completely gutted the last time I was down there and work was under way. 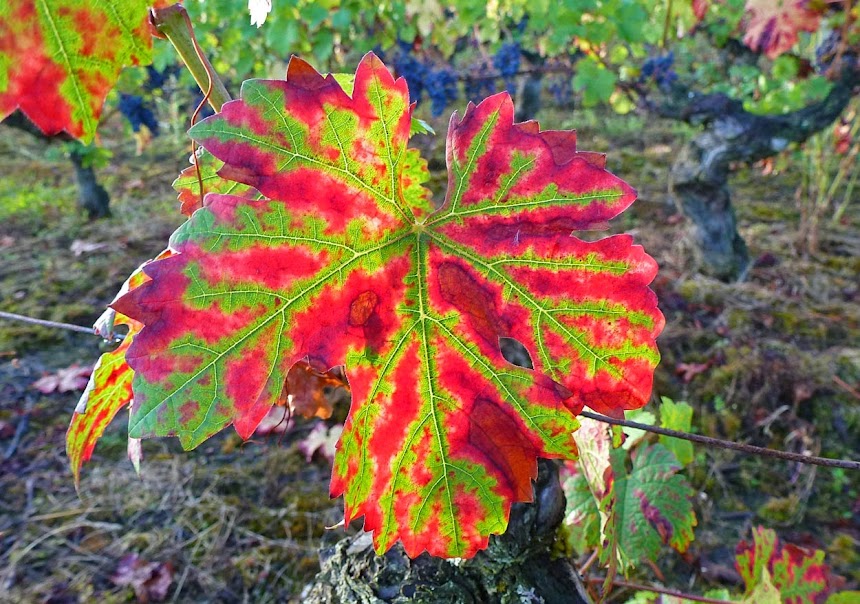 Autumn leaves in the vineyard


Bertie the black cat just brought me a mouse. I let him in before I saw that he had something in his mouth (it's still dark). The poor mouse was dead, I was happy to see. I had to pick it up with a paper towel and put it outside on the deck. Bertie followed me. I closed him out. Life goes on.
Posted by Ken Broadhurst at 07:30