’maters. Tommy-toes. I've heard them called all those things. ‘Tomaytoes’ or ‘tomahtoes’. Tomates [to-MAHT] in French. And in 2013, we could call them « mieux vaut tard que jamais » — "better late than never." Despite the sudden September change in the weather, dragging us kicking and screaming into autumn, the crop is coming in. 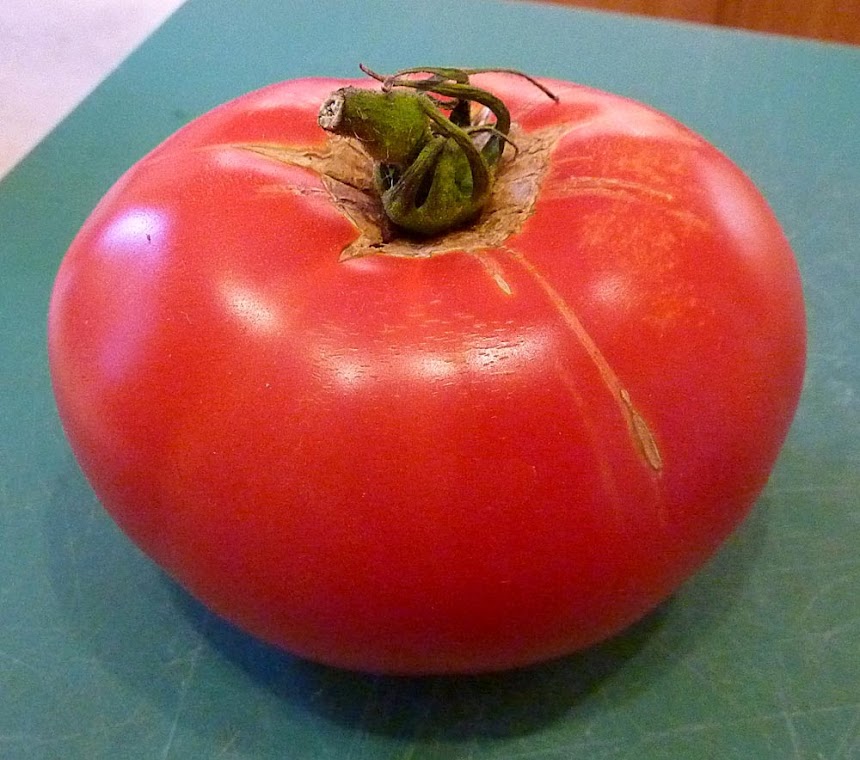 Walt did all the work. He planted seeds. He nurtured seedlings. He repotted them, one in a pot, after they came up several at a time in the first pots. He planted them outdoors when the weather finally allowed in June, digging holes that he filled with compost before putting the seedlings in. 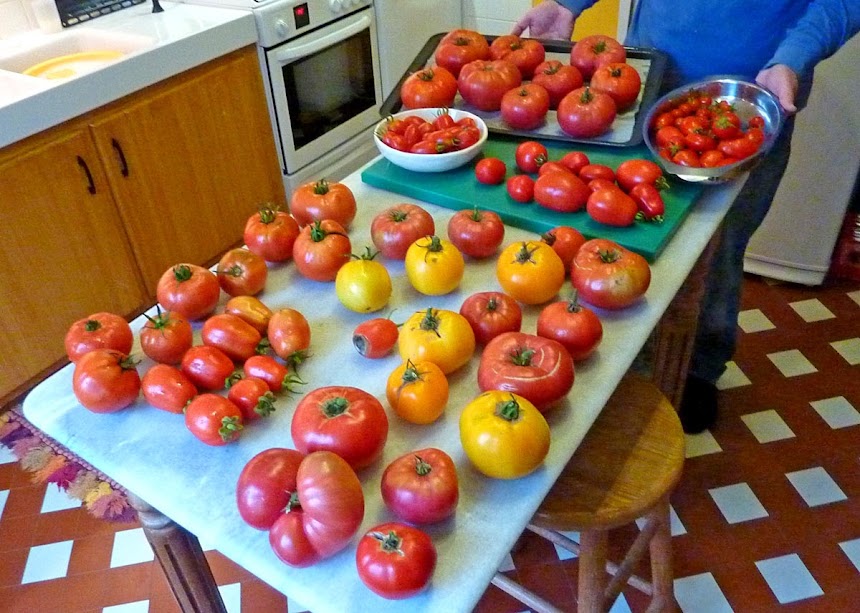 He pinched off suckers. He put stakes in the ground and tied the vines to them. He watered them by hand through the two-month spell of hot, dry weather we had in July and August. Then when the rains came back in September, he started picking the lowest-hanging fruit and bringing tomatoes in so they could ripen on the front terrace rather than just rot on the ground. 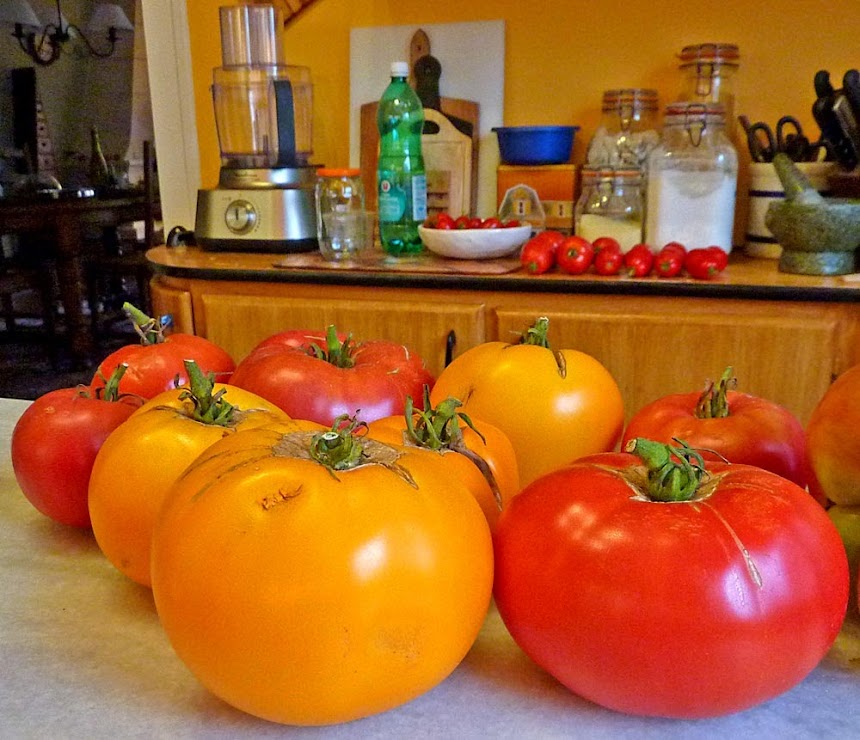 It all worked. Yesterday we chopped up most of the tomatoes you see in these photos and made a gallon or two of tomato sauce for the freezer and our winter enjoyment. 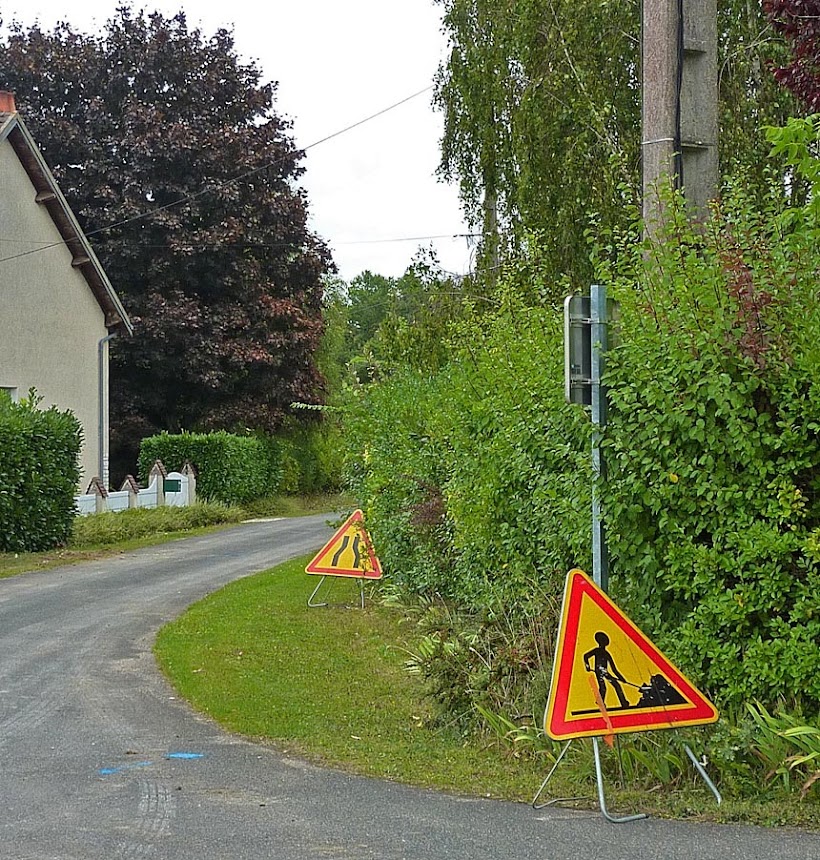 Meanwhile, the undergrounding project got, well, off the ground yesterday. Big trucks and back hoes appeared on our little road. Holes were dug. A big load of dirt was dumped out back by the pond (beautiful dirt, by the way — no rocks in it). It looks like a gigantic mole hill. 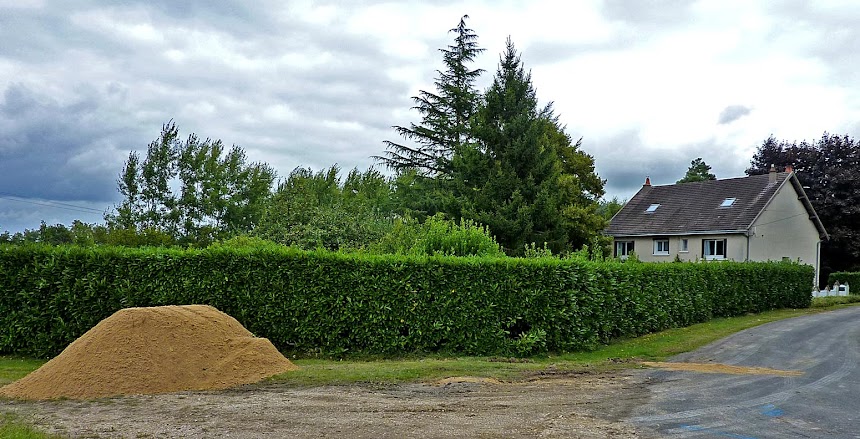 Today I have to take the car out, so I'll see what's going on down the hill, on the other side of the woods. Soon the wires that bring electricity to our hamlet and house will be buried and the poles will come down.
Posted by Ken Broadhurst at 07:30