A trencher and a spider

Yesterday the work crew came and dug a trench up the side of our road. It's probably 500 meters/yards long, or maybe more. Ditch-digging isn't what it once was, however. 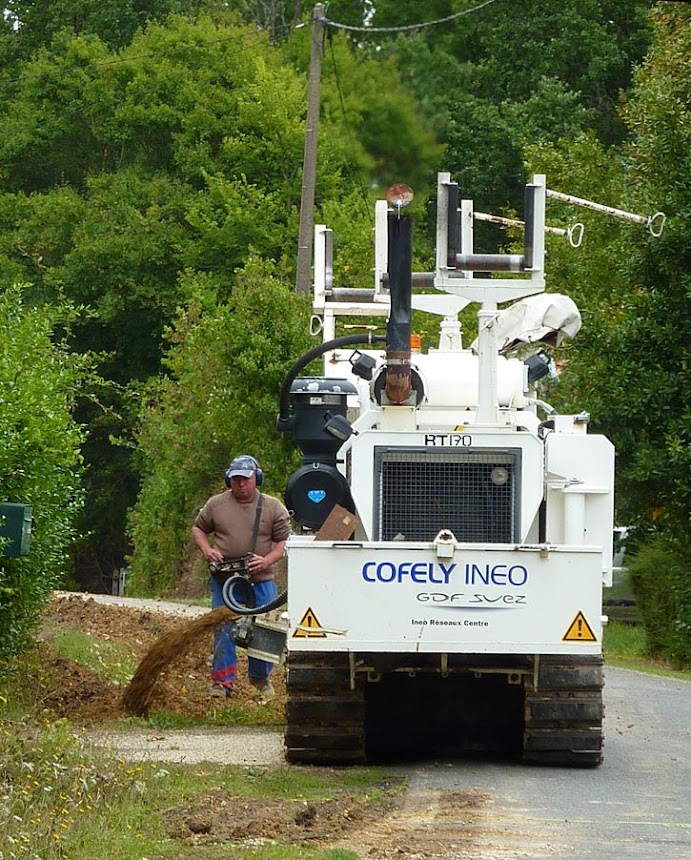 Pictured is the engin or machine the crew used to dig the trench. There's no on-board driver. The man walking behind it with some kind of tablet or remote control is "driving" it. 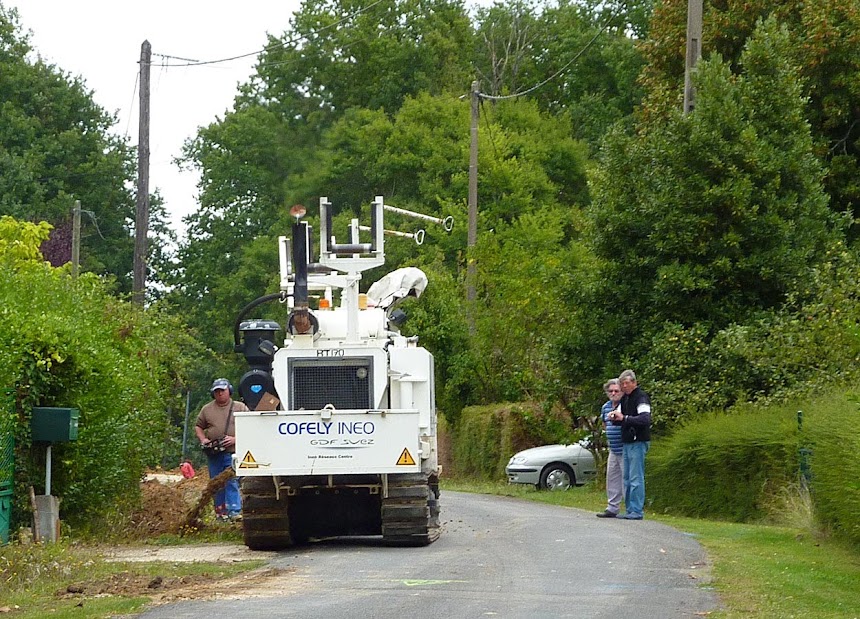 There aren't many of us in the hamlet these days — seven people live here now, compared to at least twice as many a couple of years ago — but three of our four households had representatives out on the road yesterday afternoon watching the trench being dug. It was free entertainment. 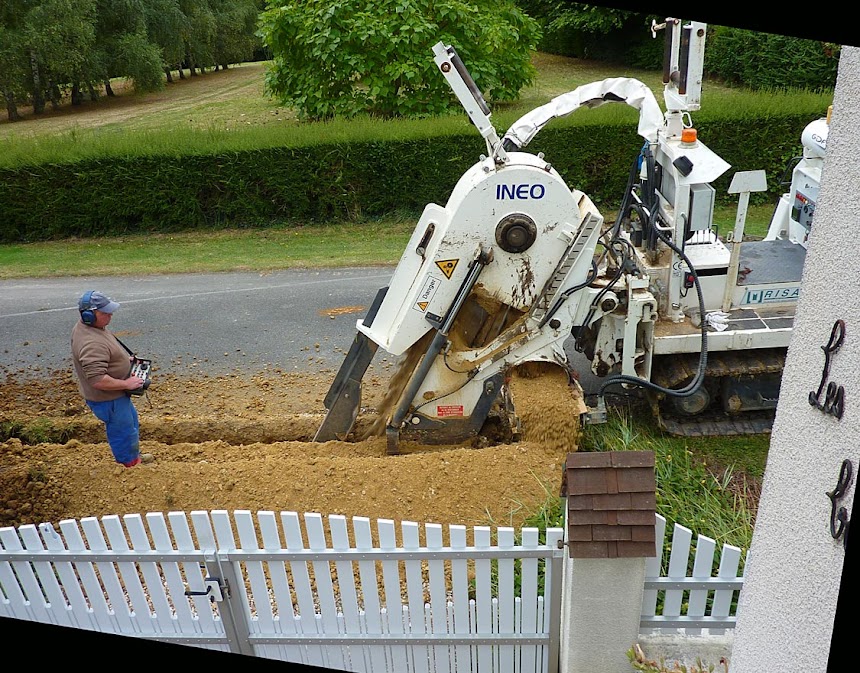 The electrical cables have already been laid down in the trench. The crew carefully filled in the trench where it cut across our driveways so that we were stranded for only an hour or so. Now they have to come back to fill in the rest. I wonder what machine will be put to work doing that job. 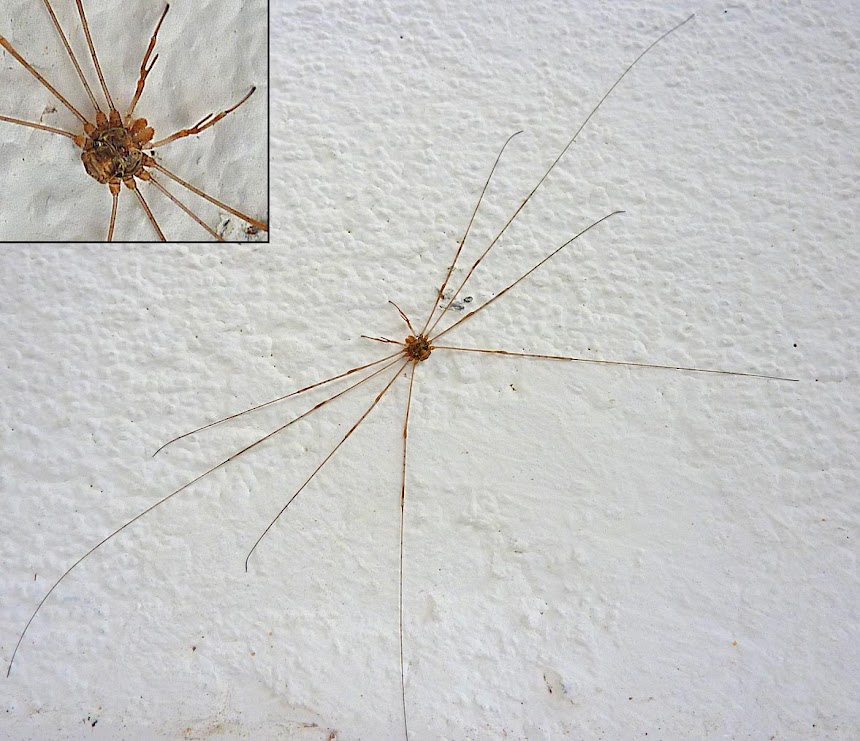 As Walt stood and watched the machine and the man out of the our kitchen window, he suddenly called me to come see a spider like none we had ever seen before. Can anyone identify it? The creature's "legspan" must have been 15 cm (6 inches), but the body was not much bigger than the head of a small nail.
Posted by Ken Broadhurst at 07:00