My trip to America

Next week I'll be flying off to North Carolina for two weeks. That's where I grew up, and where my mother, sister, and other family members live. My home town is a little place on the coast. It has grown a lot since I lived there in the 1950s and '60s, and it now has a large population of retired people from all up and down the East Coast.

It's not an easy trip from Saint-Aignan. When I moved to France in 2003, I told myself that I wouldn't really be living any farther from my family and home town than I had been living for the 18 previous years, in California. That's a continent away, and it's about as far as you can get from the N.C. coast without leaving the lower 48 U.S. states. 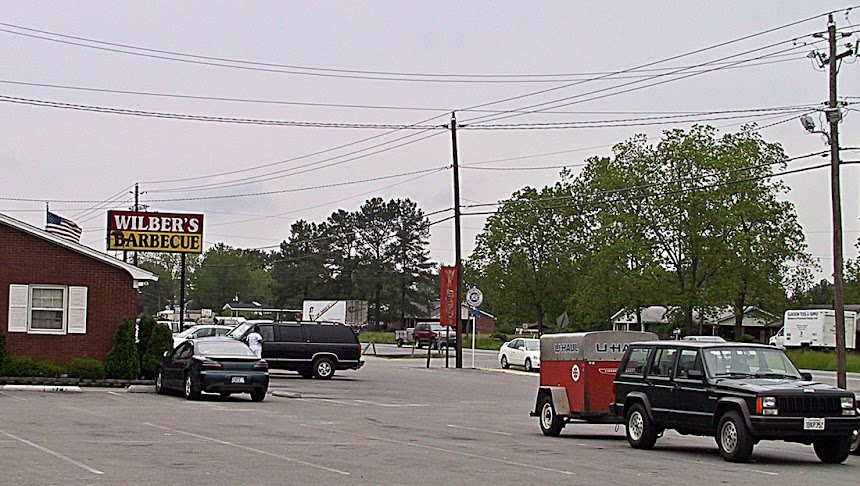 My favorite restaurant in North Carolina, in Goldsboro.
That's Walt's Jeep with the U-Haul trailer hooked up to it.
We hauled it from California to N.C. in 2003.

But when I lived in San Francisco I was only about 15 minutes from a major international airport. That made the trip back to N.C., or over to France, easy. Now I live in Saint-Aignan, off the beaten path.

The earliest train from Saint-Aignan to Charles de Gaulle airport north of Paris, with a connection at the TGV station near Tours, leaves at 7:38 a.m. It gets to the airport at 10:53. Problem is, my plane takes off at 11:20. I need to be at CDG by about 9:00 to get checked in and pass through all the security checks. 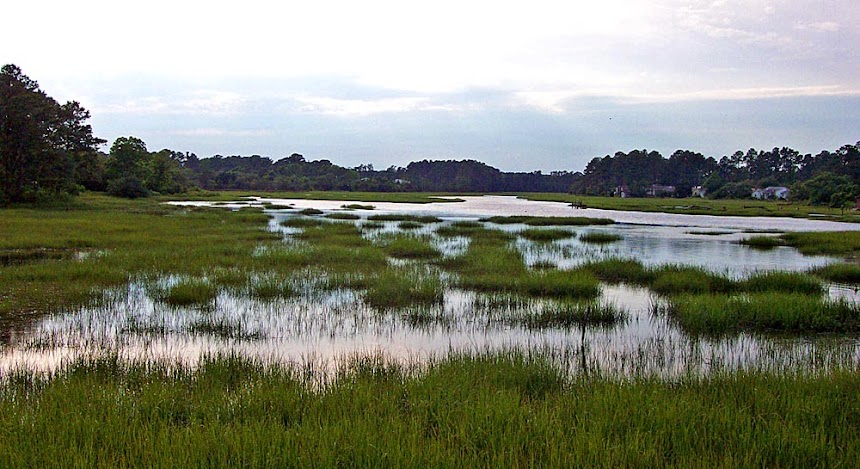 My mother lives on the edge of this salt marsh.

This is one of the realities of living out in the country in France. And actually, Saint-Aignan is pretty well served by the French train and road networks. We live only 10 minutes from an autoroute (toll expressway) entrance. On a good day, you can drive from Saint-Aignan to CDG airport, on the other side of Paris, in just a little more than three hours.

I've done it — on a Saturday morning when there was almost no traffic. That's the definition of "a good day." Don't try it on a weekday morning, because you'll be caught up in Paris rush hour traffic for an unpredictable amount of time. CDG airport is on the northeast side of Paris, and Saint-Aignan is southwest of Paris.

In other words, the train won't get you there for a morning departure, and the car won't get you there unless you leave home in the middle of the night. I have friends who do that. They leave the Saint-Aignan area at 3:00 a.m. to make a late-morning flight back to America. They miss the traffic, but they also miss a night of sleep. 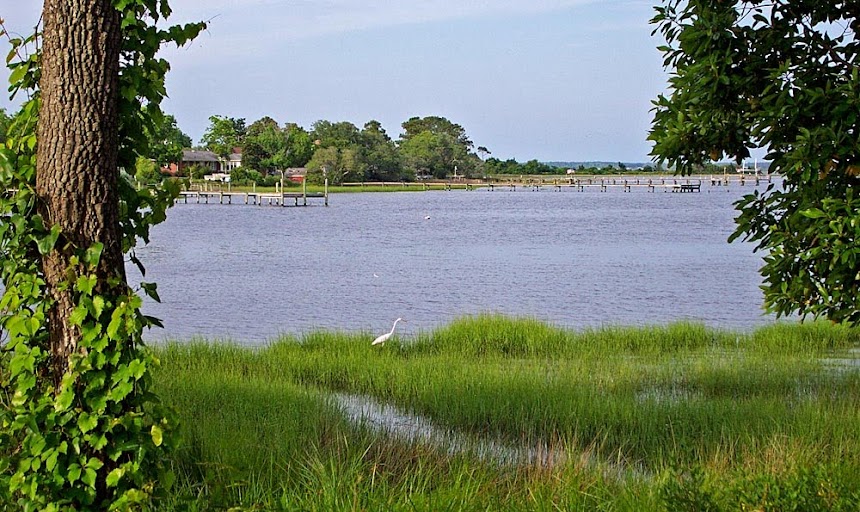 In my case, I have come to the conclusion that the best solution is to go to Paris the day before and spend the night in a hotel. Then I can be pretty sure I can make it to the airport at 9:00 a.m. I have two choices: a hotel at the airport, or a hotel in the city. I usually decide to stay in the city. I stay at a hotel in the Latin Quarter that is in easy walking distance of the Saint-Michel transit station, where I can get an early-morning train out to the airport.

My trip this year will be much easier than it has been up until now because I have booked a flight that is non-stop between Paris and Charlotte, N.C. Until this year, I didn't have that option. I had to fly from Paris to Philadelphia, and then on to Charlotte. I have nothing against Philadelphia or its airport — ça c'est clair. 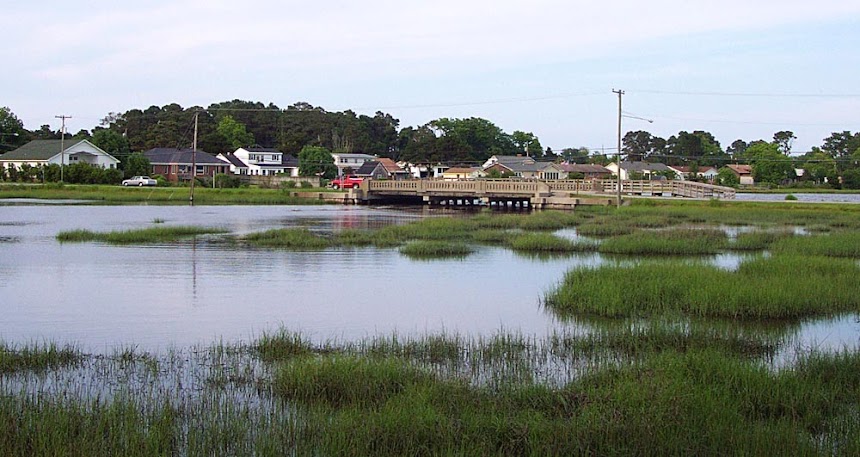 A little bridge over a creek in my home town

But let me tell you, there's nothing more awful than spending eight hours on a plane and then arriving in an airport you don't know very well and having to spend four or even six hours waiting for your next flight. You are jet-lagged, and all you want is a shower and a place to lie down for a while. You just want to get to your destination. Instead, you end up getting some expensive and often mediocre airport food somewhere and then standing in long security lines for what seems to be hours (and sometimes is).

When all that's done, you take your next flight, on to Charlotte. Are you there then? Well, no. Fact is, my home town in North Carolina is 315 miles from Charlotte. That's a 5½ hour drive, one-way. It's hard to believe that you can live on the U.S. East Coast, in a state with a population of 10 million now, and still live in a town that's 75 miles — 90 minutes — from the closest interstate highway. But that's my town. And it's far from backward. It's just remote.

Luckily, there's a small airport only 35 miles from the town. I fly to that airport from Charlotte. Until now, that meant I had to fly on three planes to get there. Now it will only be two. The total travel time from airport to airport will be only 12 hours! And instead of arriving at midnight, I'll arrive at 6:00 p.m. I'm very happy that there's a direct Paris-Charlotte flight on the schedule now. 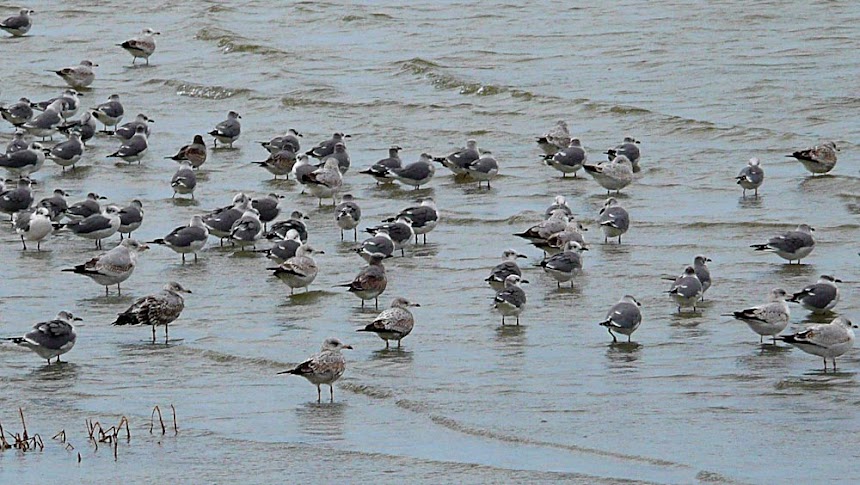 Of course, on the way I have to go spend the night in Paris, and then I have to drive from the little airport in eastern N.C. to get to my mother's house on arrival. That means that my total travel time, from the minute I leave the front door in Saint-Aignan until I walk into my mother's place will be 36 hours. I think.

I'm not complaining. I get to spend an afternoon and evening in Paris. That will stretch my legs — if the weather is nice, I'll walk all over the center of the city while I'm there. If it's not nice, I'll go to a museum, or I'll sit in a café for a few hours. I'll have dinner in a restaurant near the hotel. I could go to a movie. Or a play. I'll let you know how it turns out.
Posted by ckb at 06:59