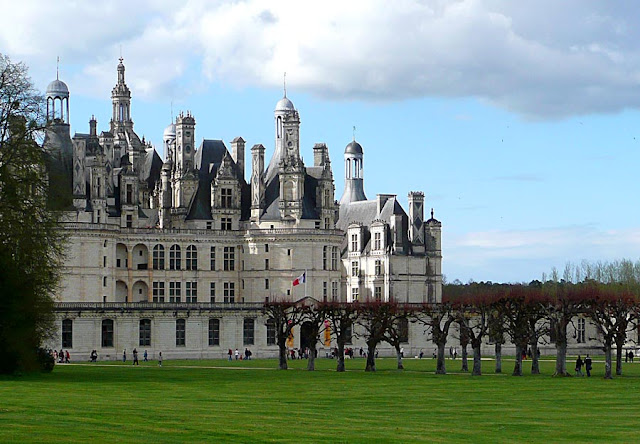 The château de Chambord on an April weekend


When Chris P. and I got to Chambord Saturday afternoon, it wasn't nearly as crowded as I had thought it might be. There were plenty of people, but the stroll around the castle was very pleasant. 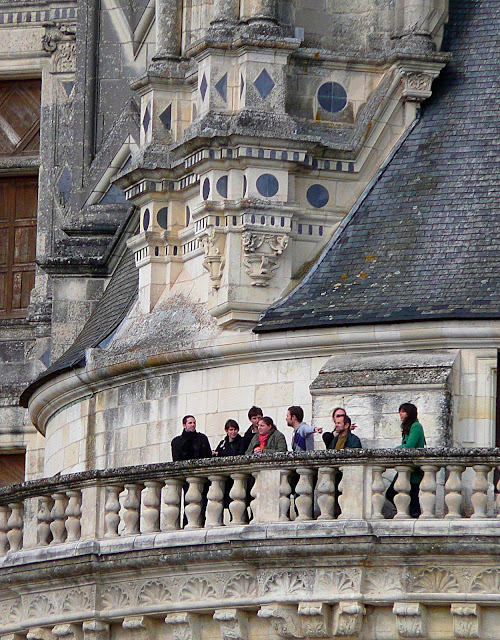 
We sat down on the terrace at the Hôtel St-Michel to enjoy the view of the château and watch the people walk by. We were about the only people seated on the terrace, and the service was quick and friendly. The sun kept peeking out from behind big clouds and there was little wind, so the weather felt almost warm. Chris had a small café-crème and I had a glass of white wine from the nearby Cour Cheverny appelation. 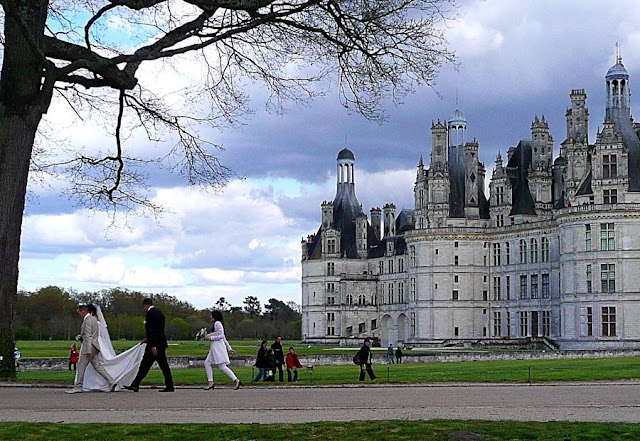 Getting married at Chambord


One of the people-watching experiences we enjoyed was seeing a bride a groom walk by, accompanied by their attendants. I suppose they were going out to a position where they could have their picture taken with the château de Chambord as the backdrop. 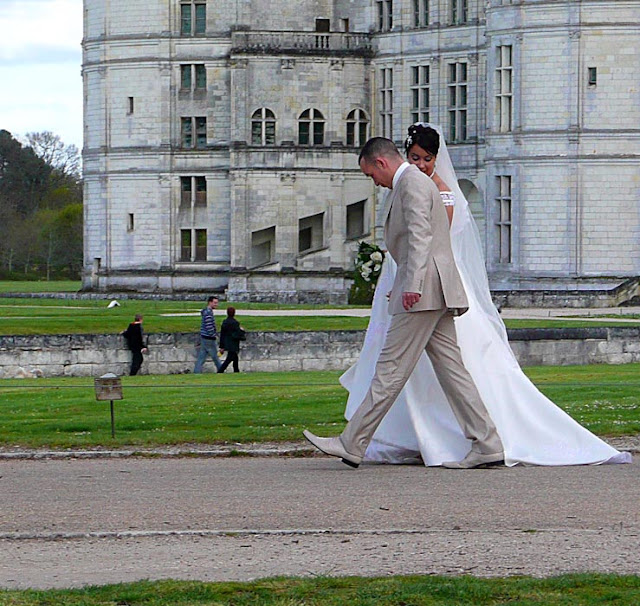 
That was just the first wedding we saw Saturday afternoon. The second was a big family affair, with several generations in attendance. I think I'll save the pictures of that group for tomorrow... 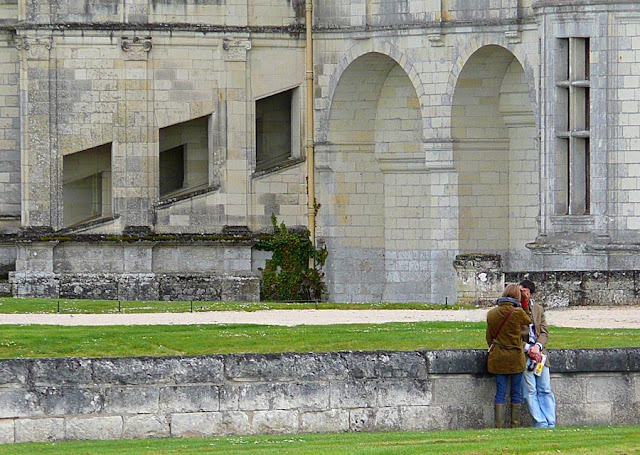 These two didn't seem to be tying the knot


It's raining again this morning and the Indre (20 miles south of Saint-Aignan) and Vézère (in Dordogne) rivers are flooding today. The local Sauldre and Cher rivers are very full, and several small streams we crossed over on a drive yesterday afternoon were out of their banks.
Posted by Ken Broadhurst at 07:46