I took these photos of cows grazing in an apple orchard in the Perche area of Lower Normandy in May 2005. We were trying to find the farm of an apple brandy producer near the town of La Ferté-Macé. 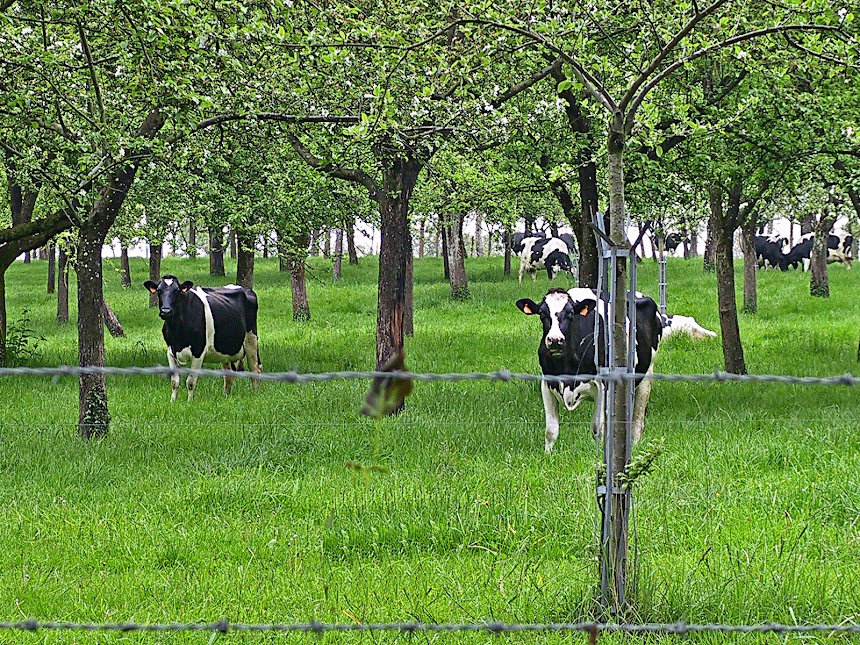 Cows and apples are two of the greatest symbols of the province of Normandy in France. 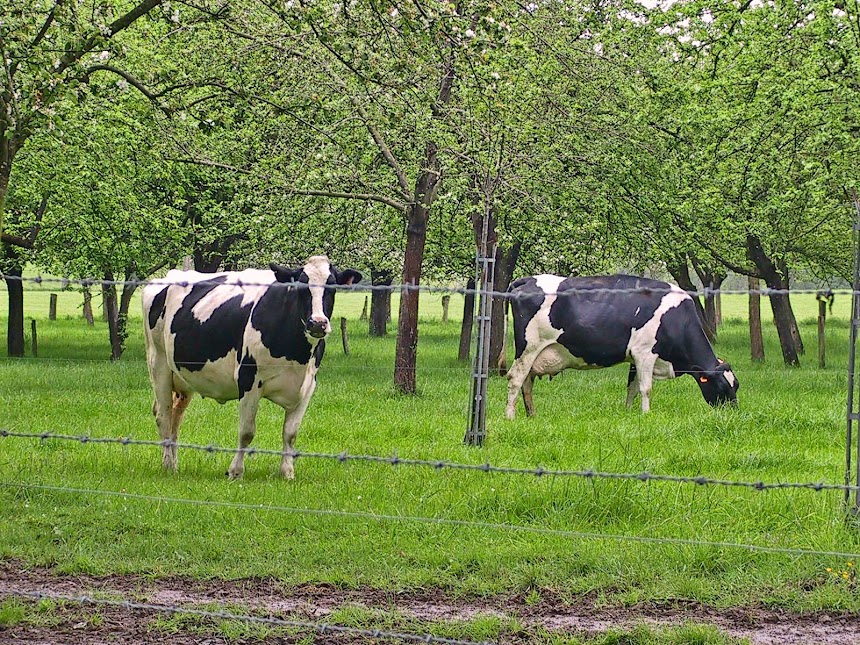 The cows produce milk, which is turned into cream, butter, and cheeses including Camembert, Livarot, and Pont-l'Éveque. 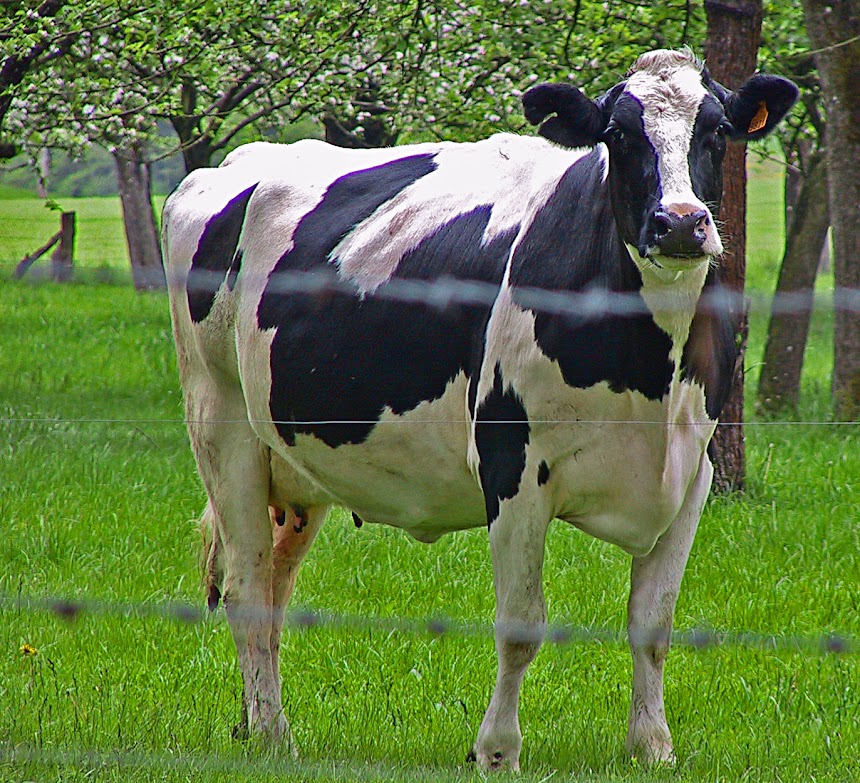 The apples are baked into pies, of course, but they are also turned into hard cider and the apple brandy called calvados.
Posted by Ken Broadhurst at 07:00