An Egyptian airplane disappeared in the skies over the Mediterranean Sea overnight. It had taken off from Paris late Wednesday evening. I'm so sorry things like this keep happening — it's horrible to imagine... I would have been a nervous wreck if it had happened 24 hours earlier, with Walt in the air. The last two or three times I've flown across the Atlantic there have been similarly horrible events during my travels. A pilot crashed a plane full of people into a mountain in the south of France, for example. The Paris terrorist attacks in which more than 100 people were killed in a theater and several cafés happened just two days before I flew back from Atlanta to Paris. And so on. I'm not sure travel is worth it any more. For a long time, flying was fun. Then over the past 20 years it has become an ordeal because of security and planes that are more and more crowded and cramped. Now it's just too stressful, I think. 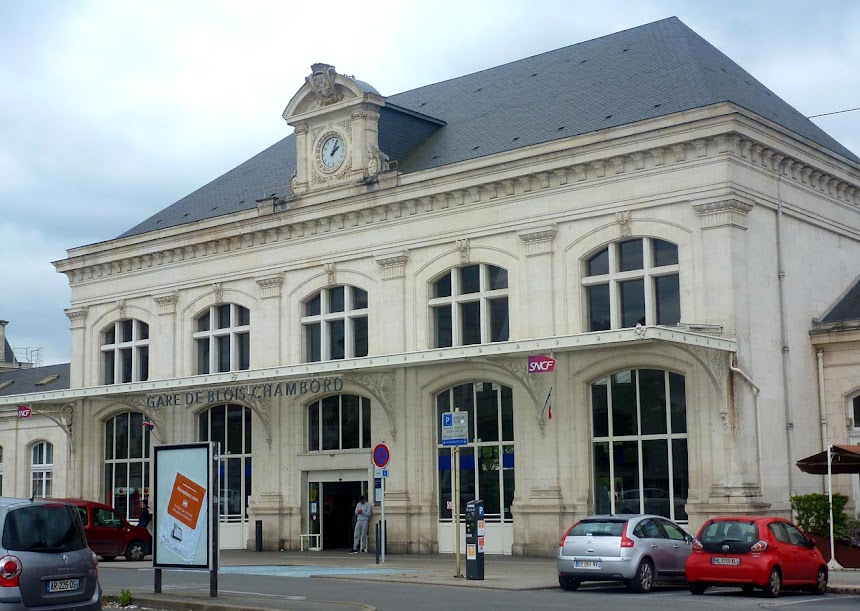 So Walt got back with absolutely no trouble. I left home at 1:00 p.m. in the Citroën, filled up the tank at a local gas station (at Intermarché), and drove little back roads up to Blois. It took me about an hour to get there. I was early, and I had time to take some photos. Walt's train pulled into the Gare de Blois-Chambord shortly before 2:30, right on time. We drove back home to Saint-Aignan and arrived by 3:30. We had champagne. We had a late lunch. Walt told me more details of his trip and of friends and family that he saw. He hadn't been to the U.S. in four years; I've been over there three times since March 2015. 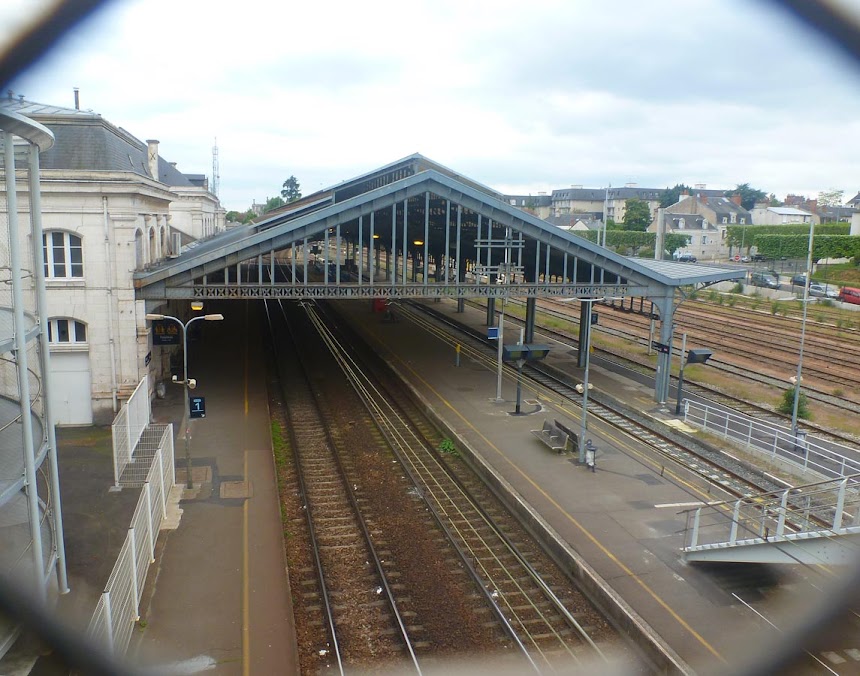 The two photos here show you the Gare de Blois, now known as Blois-Chambord. Blois is a small city of maybe 75,000, and Chambord, one of the most famous Loire Valley Renaissance chateaus, is less than half an hour away by car. It was lucky that one of the trains running yesterday, despite the strikes, was the 12:59 out of Paris Austerlitz station to Orléans, Blois, Amboise, and Tours — direct. In other words, no need to change trains at any point and wait around in some other train station. And no need to haul a heavy suitcase off one train and back onto another. It's much easier and less expensive to take the train to and from Paris rather than drive your own car. As you can see, the station at Blois is not what you would call mobbed.