Strikes and the local “soil”

The French police are "liberating" refineries and oilstorage depots one by one. Some have been blocked for nearly a week by strikers and demonstrators for a few days now, and gas shortages have become widespread. Six of the country's eight oil refineries are either closed or not operating at full capacity. Now they say that the workers in at least one nuclear power plant in France have voted to go out on strike. Are we going to start having power cuts and brownouts? The labor unions — the Confédération Générale du Travail (CGT) right now — are upping the ante against the government's new labor legislation. 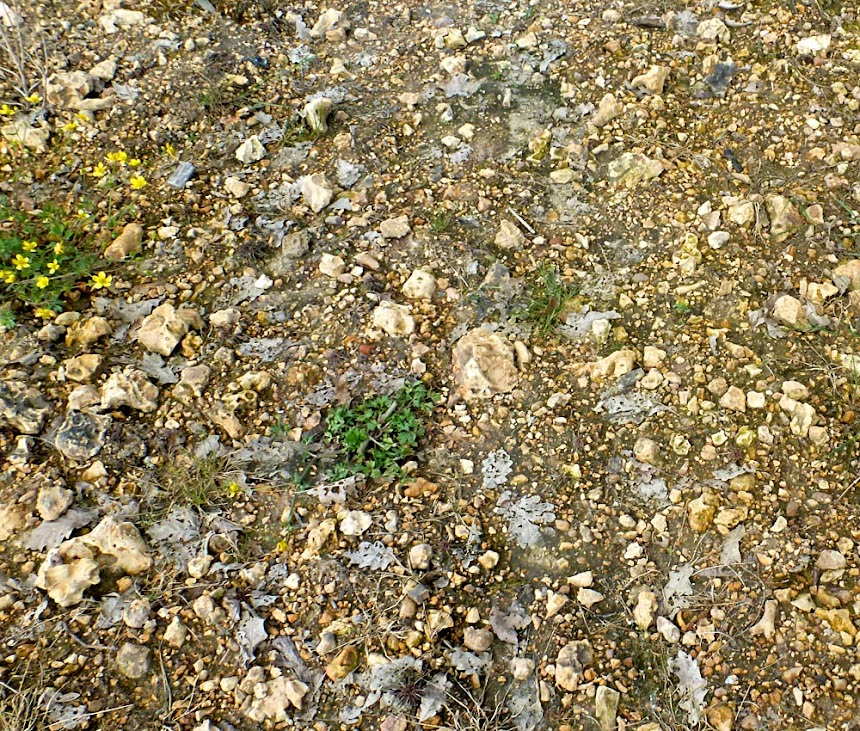 Meanwhile, I thought I'd give you an idea of what the ground looks like where we live, outside Saint-Aignan and on the edge of an extensive vineyard. It's not soil, actually, but clay and rocks, and it's called perruches in French. Grapes thrive where other crops don't, in such rocky soil. The rocks absorb heat from the sun during the day and release it slowly overnight, moderating the low temperatures and helping grapes grow and ripen. You can click on the images to enlarge them. 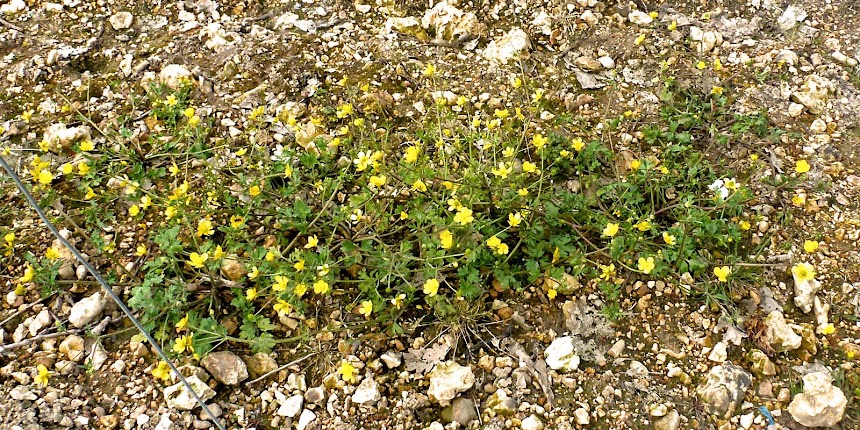 Other plants grow in it too, but they have to be hardy. Can you imagine that we have a vegetable garden in this kind of soil? Over the last dozen years I have picked up wheelbarrow loads of rocks and moved them while tilling. I know at least one man who has had truckloads of rich topsoil hauled in to make his garden easier to plant in and care for. We haven't done that. The soil down in the river valley, less than half a mile distant and down the hill, is much sandier, softer, and richer. 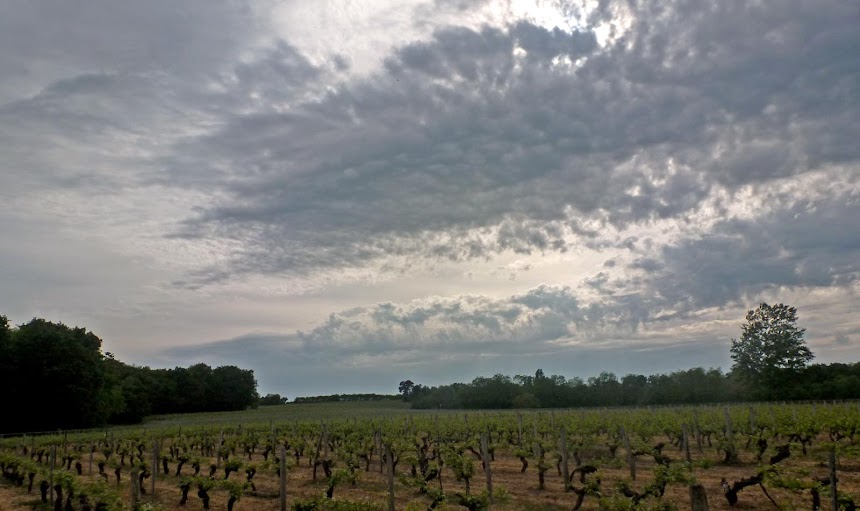 The photo above is one I took last Saturday, right before the big storm front passed over us and gave us about 1½ inches of rain. Luckily, we didn't have strong winds or any lightning. 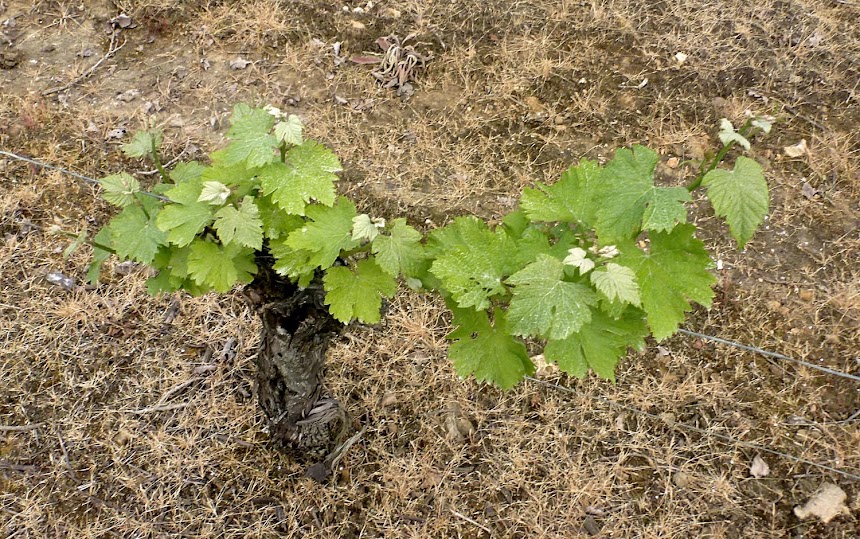 The grapes are really leafing out now, and the landscape is greening up. By the way, if you don't see a new blog post from me some morning over the next week or so, you'll know we've had some kind of power outage. There are still train and metro strikes going on too, so I'm getting worried about my plan to go to Paris in 10 days or so.
Posted by Ken Broadhurst at 07:30