It looks like our rainy spell might end today. Last night a storm front went through, and we had some real rain (instead of mist and drizzle) for an hour or two, along with thunder and lightning. The past week has been a real slog. The trade-off now is that temperatures are dropping into the low 60s F (mid-teens C). It won't seem like summer — that's for sure. 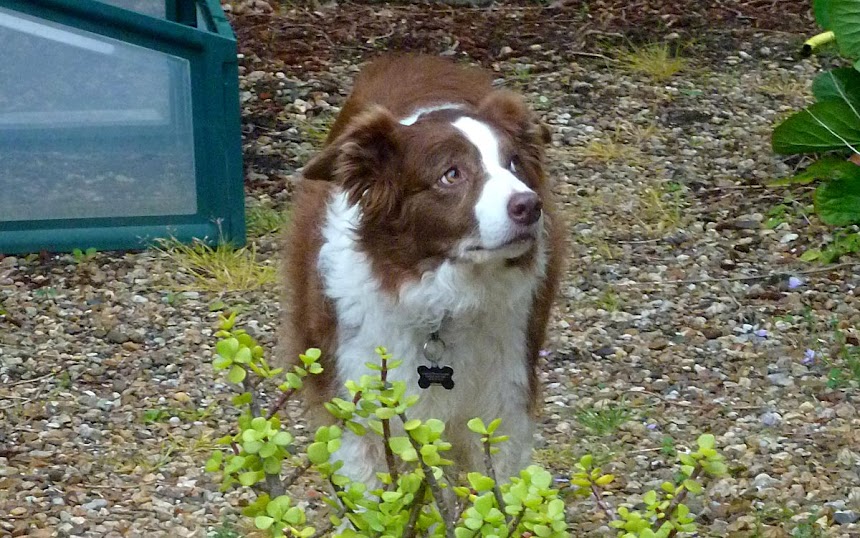 In the photo above, Callie seems to be looking heavenward, begging the clouds to go away and the sun to come back out. (Where did that old French proverb that says en mai fais ce qu'il te plaît come from anyway?) Actually, I'm not sure what the dog was looking at. The wisteria vine was above our heads when I snapped the picture. Maybe a bee was buzzing around up there. 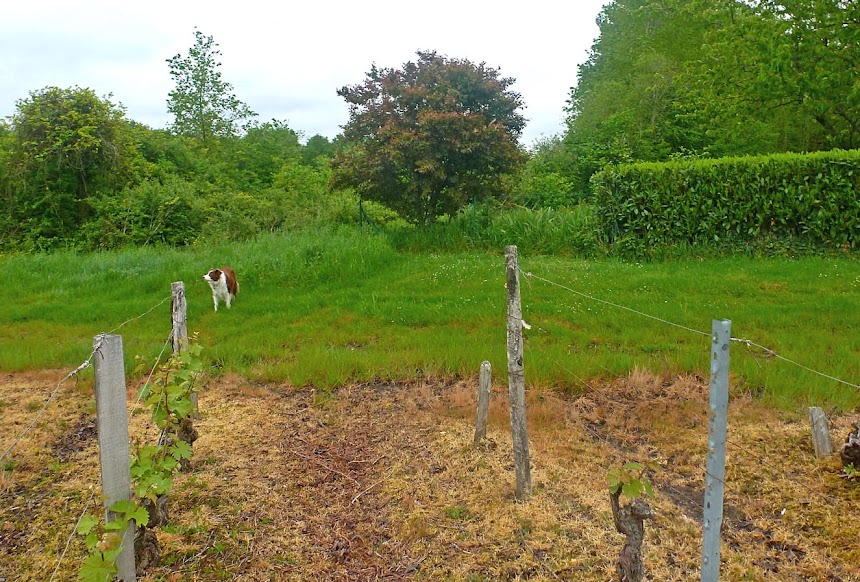 Just wrapping up one of the week's subjects: the plum tree. It's an opportunity to throw in another photo of the dog. Callie has been with us for just over nine years now. Her first summer here in Saint-Aignan (and on Earth, for that matter) was in 2007, and it was rainy and dreary from May until the end of August. Let's not repeat that experience. 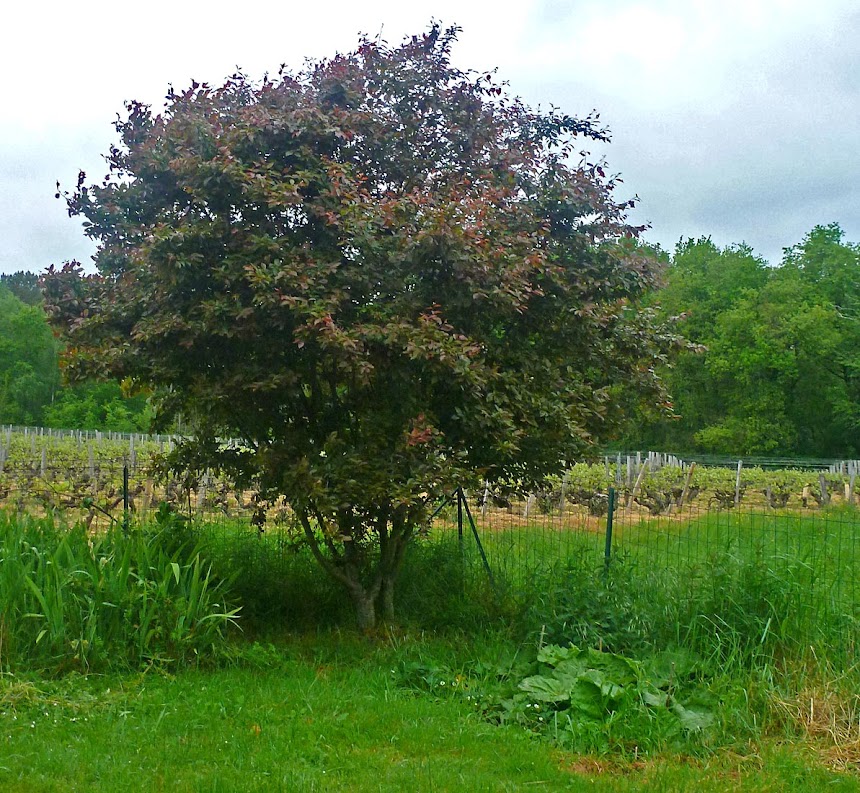 The plum tree, which I grew by planting some plum pits in a pot (notice the alliteration), has been growing for about the same amount of time (since 2007 or 2008). It's actually two trees conjoined. I planted the two of them together with the idea that I'd eventually cut the punier one down, but I never did. So now they are twin trees, and they are full of little red plums.
Posted by Ken Broadhurst at 07:15