It's strange to be spending so much time alone. My main company is made up of the cat and the dog, and my camera. One friend stopped by a few days ago and we spent an hour catching up on the local and personal news, but otherwise I've just been occupying my own time. I can't say it's been unpleasant. I've taken the car out just once since Walt left on his trip more than a week ago. At this point, I have only six nearby neighbors — the hamlet is made up of nine houses — and I've only caught glimpses of them as they race by in their cars, on their way to town or wherever. 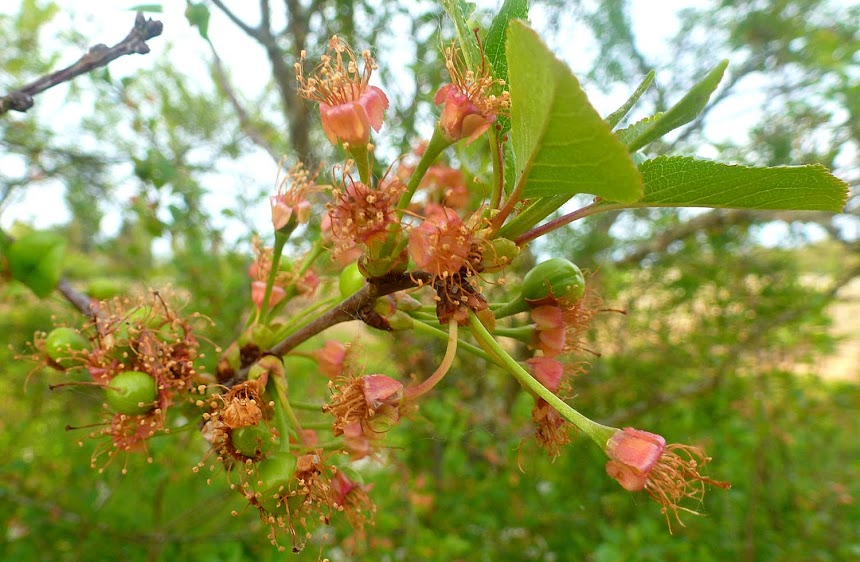 I don't feel like I'm getting an awful lot done either. Mostly I'm maintaining, not progressing. I've been walking the dog twice a day, making my daily lunch, and re-potting some plants. Watching TV. Blogging, Reading. Fiddling with computers and tablets. Watering all the seedlings in the greenhouse tent. My biggest accomplishment has been cleaning out the sun porch. But I haven't shoveled compost into the garden plot or run the tiller again. Or mowed the yard. Now it's turned rainy. Oh well. 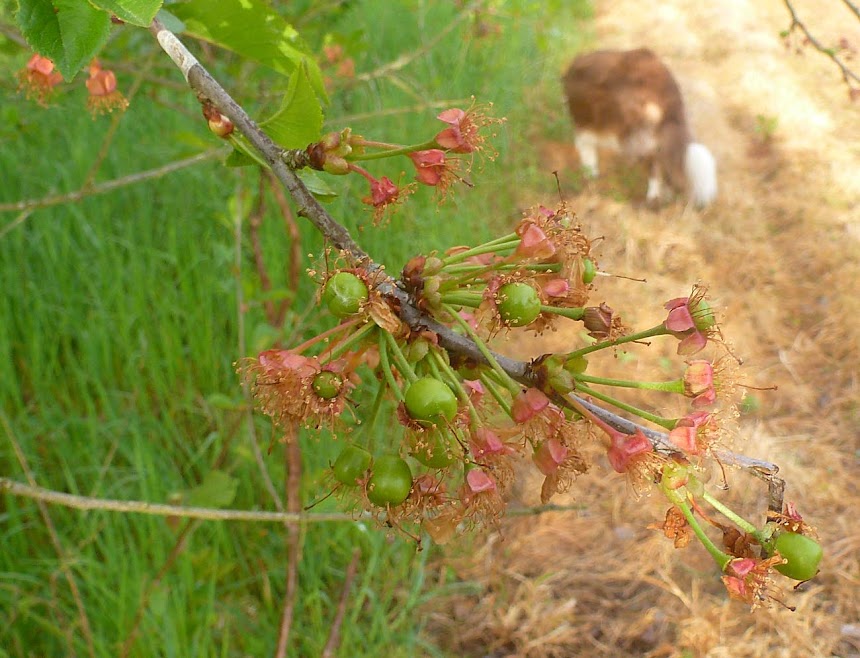 The temperature this morning is about 60ºF (15ºC). That's pretty warm, even for May 10. The prevailing cloud cover is preventing heat from rising toward the stratosphere. That keeps the mornings warm. The days aren't very warm, though, and I expect the boiler to come back on at any moment. That's what the weather is like here — as soon as clouds cover the sun, daytime turns chilly. It was the same in San Francisco. 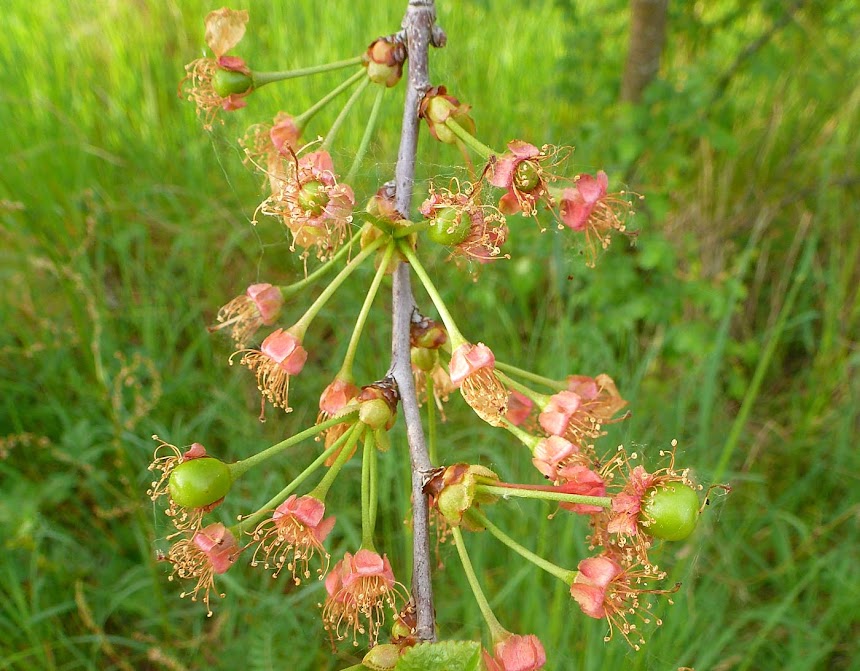 Today is our fourth wedding anniversary. Walt is back at "the scene of the crime" — Albany, NY. I wish I were there too, because we had such a good time when we went to that part of the U.S. and up to Montréal in May 2012. I'm not lonesome, exactly, but it is weird to spend so much time not talking to anybody. We've been living together for 33 years now. For the past dozen or more years, we have spent nearly 24 hours a day together, since neither of us works for a living any more. My trips to North Carolina give Walt his only respite. 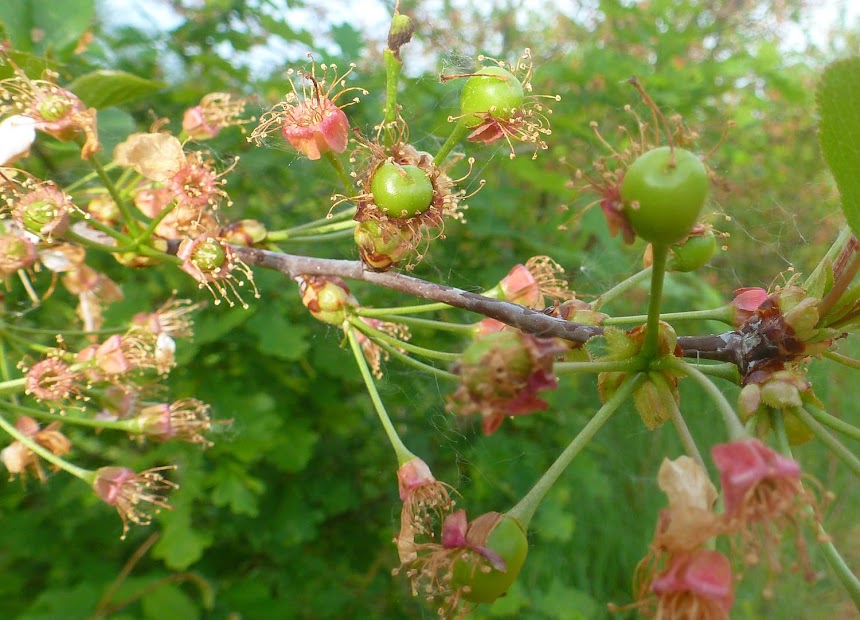 The pictures here are some I took on Sunday morning when I went out with the dog. (As always, you can click or tap on them to enlarge the images.) There are a lot of cherry trees in and around our hamlet. They're sour cherries, which are the kind that are good cooked but not sweet enough just to eat raw. They make good pies, clafoutis, sauces, and so on. I hope they will soon ripen, despite the current rainy weather. Tomorrow: plums.
Posted by Ken Broadhurst at 07:20