Rolling thunder woke me up this morning. Then a flash of lightning. It was only 5 a.m. but I had to get up and see what was happening. According to the Météociel web site, most of the storm and lightning strikes were to the south of us, between Valençay and Châteauroux (45 minutes away). It's raining here but the lightning and thunder seem to be finished for the time being. 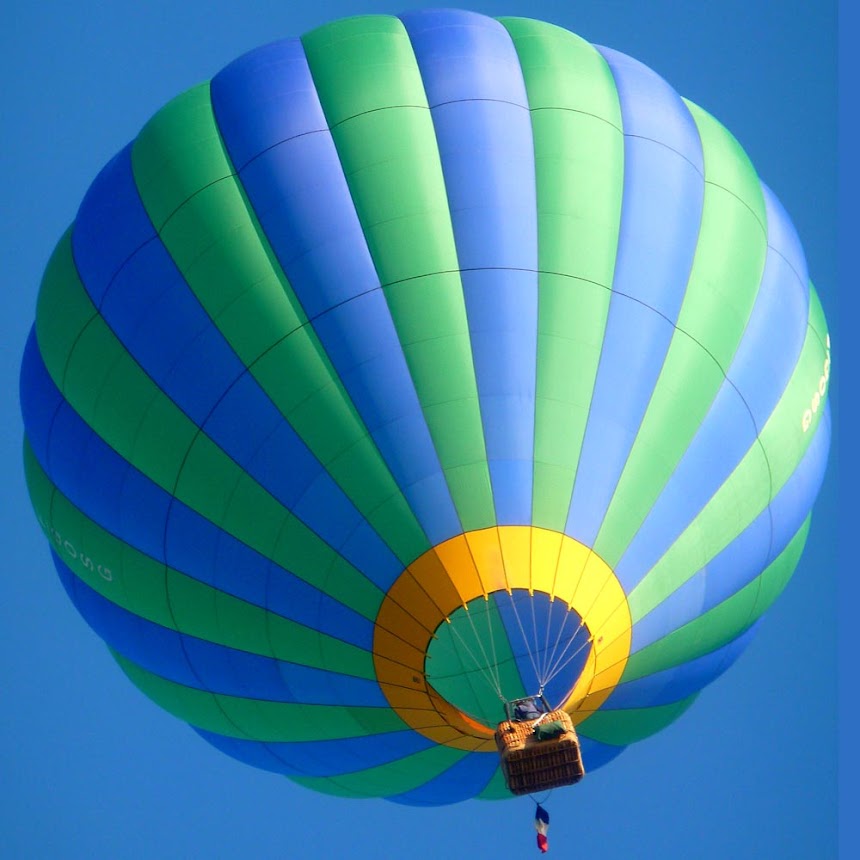 What a difference between this morning and the morning we had day before yesterday! At 8 a.m. Thursday Callie started barking like crazy and it wasn't obvious what was upsetting her. It turned out that she had heard the whoosh of the burner on a hot-air balloon approaching from the east. Then we started hearing it. Walt stepped out on the front deck and yelled back that had spotted a balloon... no, three balloons... no, four... in the sky, headed our way. 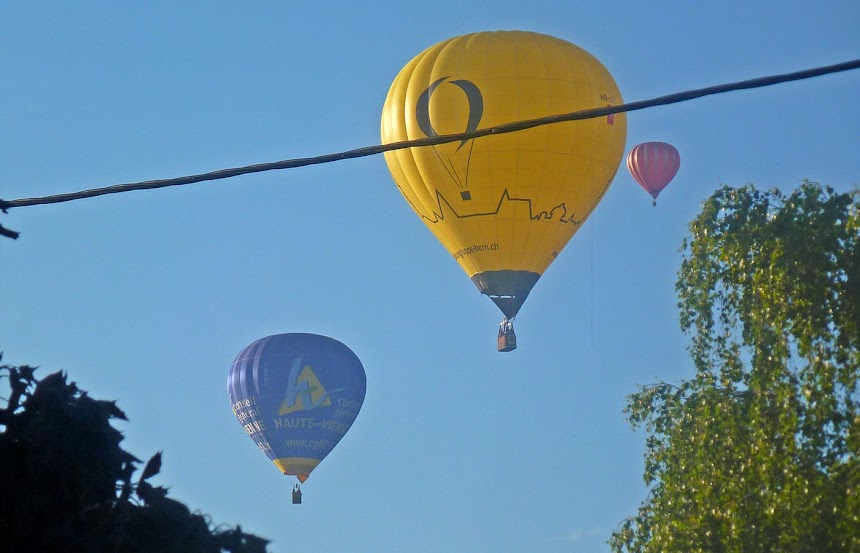 There turned out to be a dozen montgolfières, and they were flying so low that they nearly scraped the treetops and our chimneys. We hoped they wouldn't hit the electric wires in the hamlet. Mostly all I could do was take photos of the individual balloons — they were too close for me to be able to get many long perspective shots. 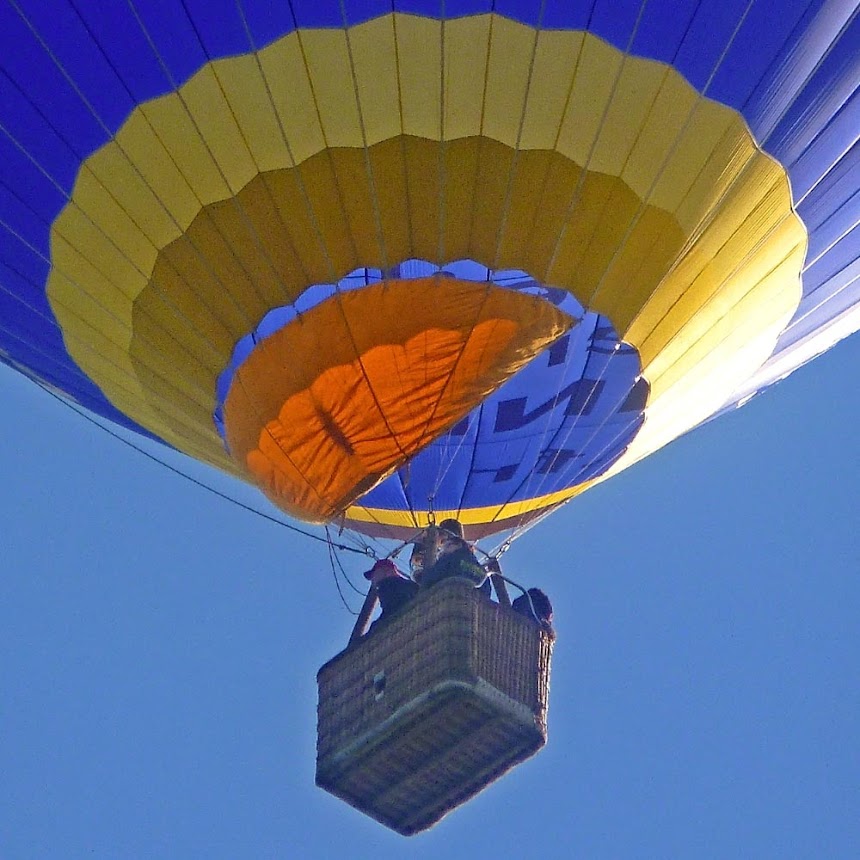 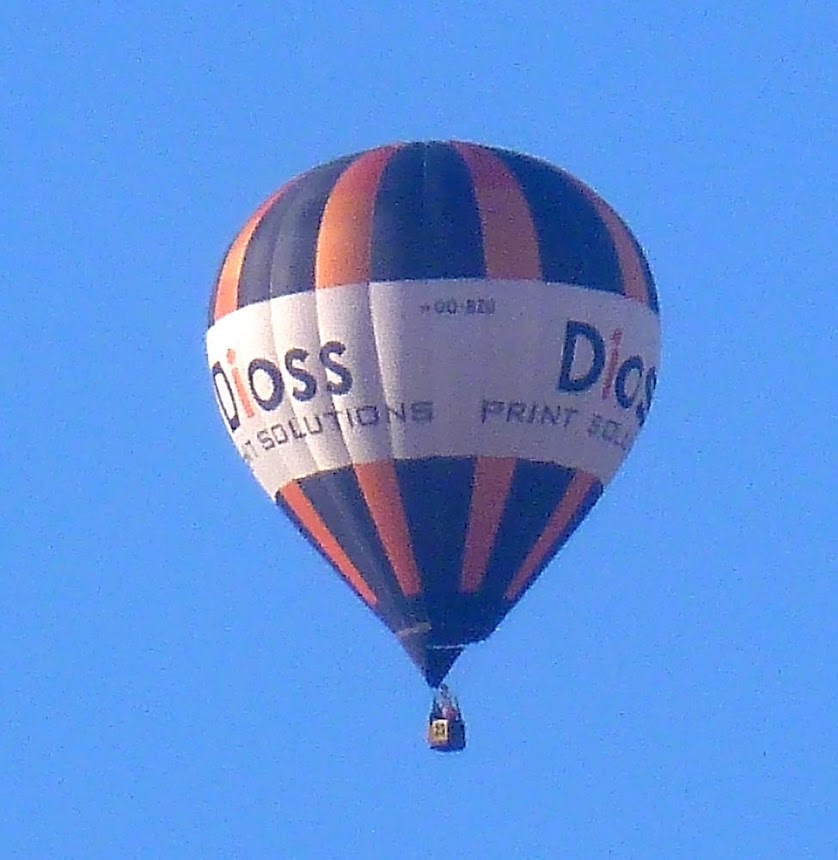 If I'd had time to get my longest-zoom camera I could have gotten better shots of the people in the baskets suspended under the balloons, but there was not time. Check back tomorrow for images of the 10 other balloons that flew over on Friday morning. 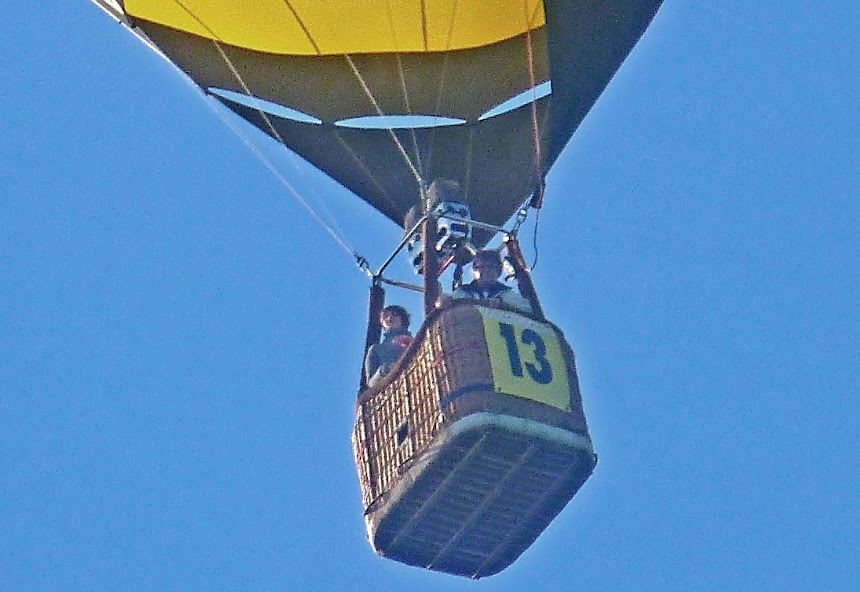 In this last image, it looks like the man in the balloon is looking right at me as I take the photo. I should have waved.
Posted by Ken Broadhurst at 07:10