An exciting trip to the airport

We had an exciting journey yesterday. Evelyn and Lewis were flying out, and I was driving them to the closest airport, which is almost at hour away by car. Luckily, we left a little early.

Artwork in the airport at New Bern, N.C.
I decided to take the smaller and faster of the two roads up to New Bern, which is N.C. Highway 101. That way, you avoid passing through a couple of larger towns where there are a lot of traffic lights that can slow you down. The highly recommended Beaufort Grocery restaurant was open for lunch except on the day we were there...
Unfortunately, we came upon a serious traffic accident that had the whole roadway shut down. I actually saw the collision happen, right in front of me, but I have no idea why it happened. The two vehicles just suddenly ran square into each other. Whatever. I hope nobody was badly hurt. We had no choice but to backtrack and drive through the larger towns anyway. 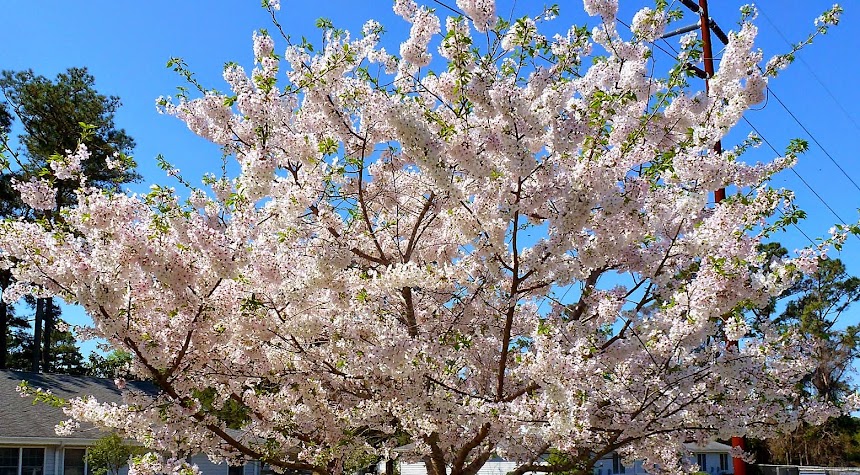 Springtime blossoms in North Carolina
We made it to the airport with only a few minutes to spare. It's a small airport that only small aircraft fly into, so there are no long check-in lines. The weather was gorgeous. E. and L. didn't miss their plane. 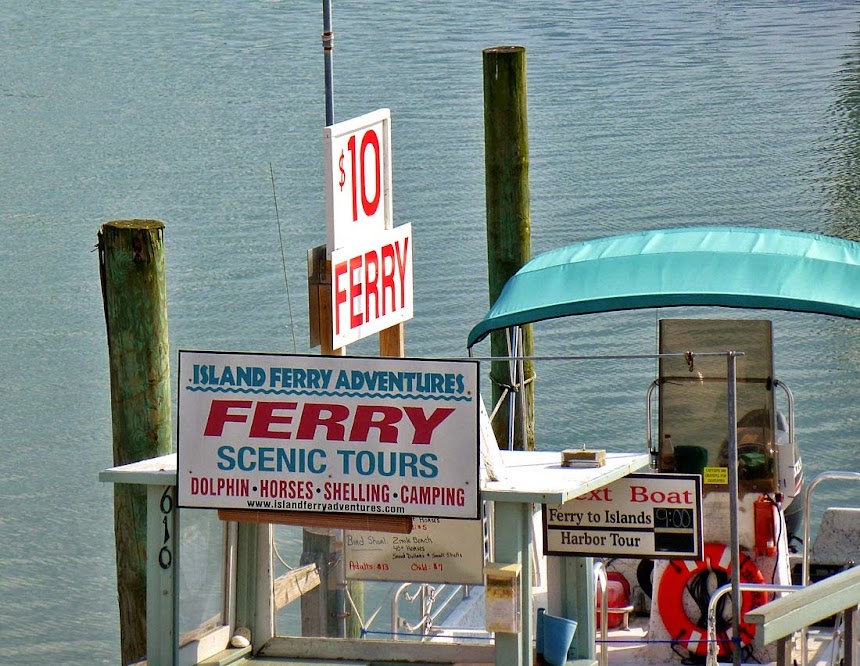 How about a scenic three-hour tour?
For me, it was a pretty special two days, showing friends around my home town and county. I hope E. and L. enjoyed it half as much as I did. And on the third day, I rested.
Posted by Ken Broadhurst at 07:30