The name "banana pudding" has a very specific meaning in the U.S. South, where I'm from. It's a pudding in the British sense of the term — a dessert. It's almost a "trifle" in British terms. Yet the ingredients include, of course bananas, which are tropical. 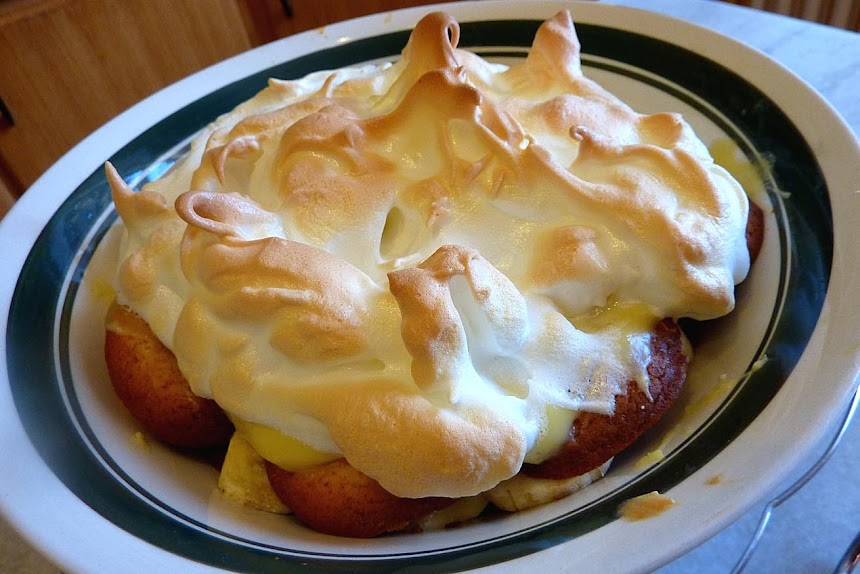 
And they also include American "vanilla wafers"  — cookies (Br. "biscuits") that are available everywhere in the U.S. In France, the equivalent culturally might be the « petit beurre ». It's a little butter cookie. You could also compare American vanilla wafers to the French « langue de chat ». (Here in Saint-Aignan, Walt made a batch of vanilla wafers from an American recipe the day before so that we could make banana pudding on Sunday.) 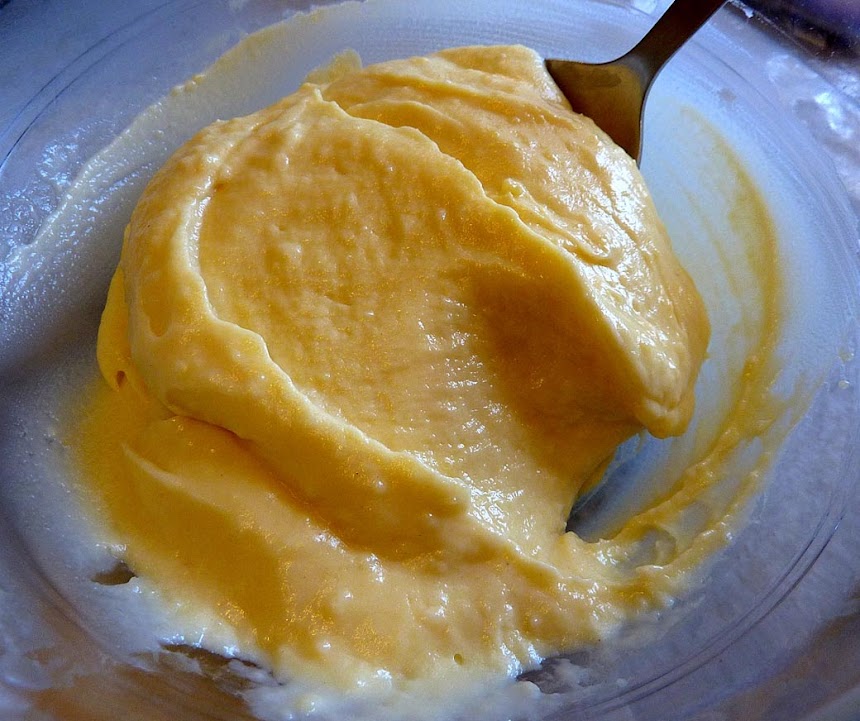 
And finally, there are two French ingredients. One even keeps its French name in English: meringue, which is beaten and cooked egg white. The other is a kind of flour-based custard called « crème patissière » in France — pastry cream. It had never dawned on me until I made banana pudding last Sunday that the custard in it is crème patissière. 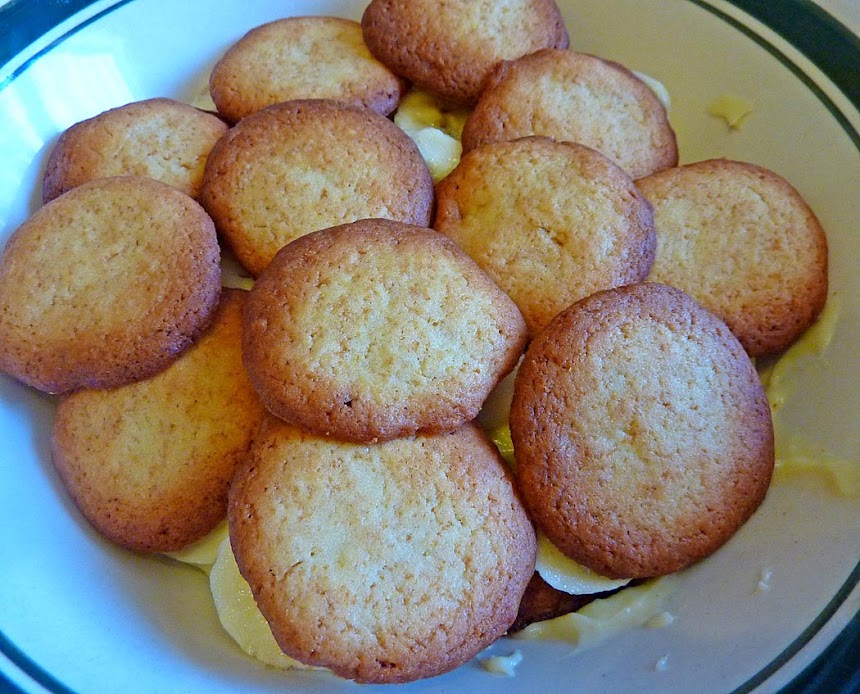 
As Walt pointed out, banana pudding of the kind I describe is even better the second day than the first. We realized that when we ate some more on Monday — I had made two dishes of it.


Here, I'll post the recipe. This the American recipe, so you need to know that a cup is 8 fluid ounces. Actually, the British fluid ounce is slightly smaller than the American fluid ounce, but not significantly so. 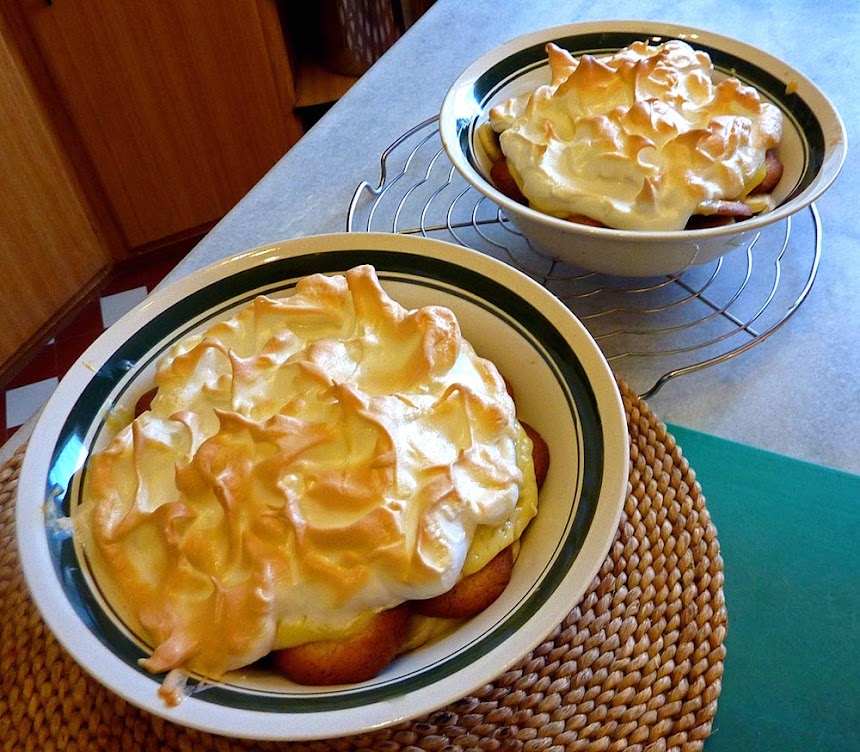 Mix 1/2 cup sugar, flour and salt in top of double boiler. Blend in 3 egg yolks and milk. Cook, uncovered, over boiling water 10 to 12 min. or until thickened, stirring constantly. Remove from heat; stir in vanilla.

Reserve 12 wafers for garnish. Spread small amount of custard onto bottom of 1-1/2-qt. baking dish. Cover with layers of 1/3 each of the remaining wafers, bananas and remaining custard. Repeat layers 2 times.

Bake 15 to 20 min. or until lightly browned. Cool slightly. Top with reserved wafers just before serving.

I've been thinking about how U.S. and British measures are always slightly different. Gallons come in U.S. and "Imperial" (Btitish) sizes. So do fluid ounces and pints. I wonder if all that didn't come about in the late 18th and early 19th centuries, when people started publishing recipes and cook(ery) books. The U.S. and British peoples were enemies during that time, and they fought at least two wars (Independence and 1812). I guess Americans decided to go their own way...
Posted by Ken Broadhurst at 07:30