What we had overnight between Sunday and Monday, besides the bat scare, was a real storm. Winds were very strong from the southwest — probably 60 mph / 100 kph — during the night. They were gusty all night and all through the day yesterday. 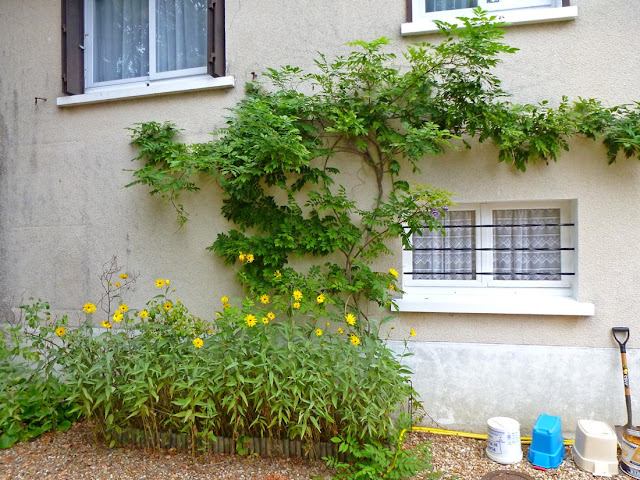 The wisteria just a few days ago...
I went out late in the afternoon with the dog and looked around to see if there was any damage. Some of the tomato plants and stakes are leaning, but that's no big deal. The squash plants were kind of blown over too, but that's no big deal either. I didn't see any big tree branches on the ground. 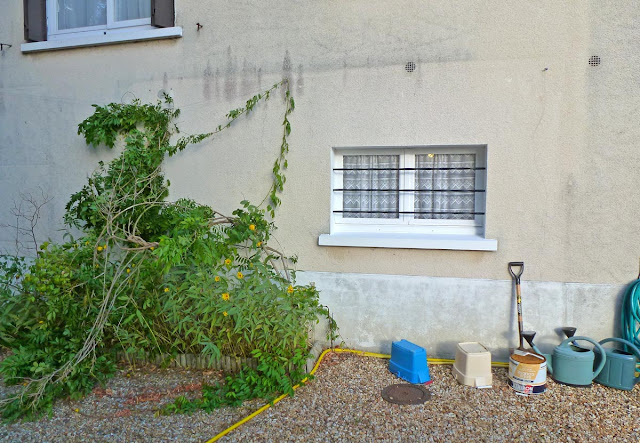 ...and how I found it yesterday afternooon
It was only when I was coming back down the garden path after the walk that I was faced with some damage I didn't expect. The wisteria that we planted five or six years ago, and that has grown quite a big, had been completely blown down — despite the wires Walt put up to support it on the back wall of the house. We hope we'll be able to put it back up and that it will survive. 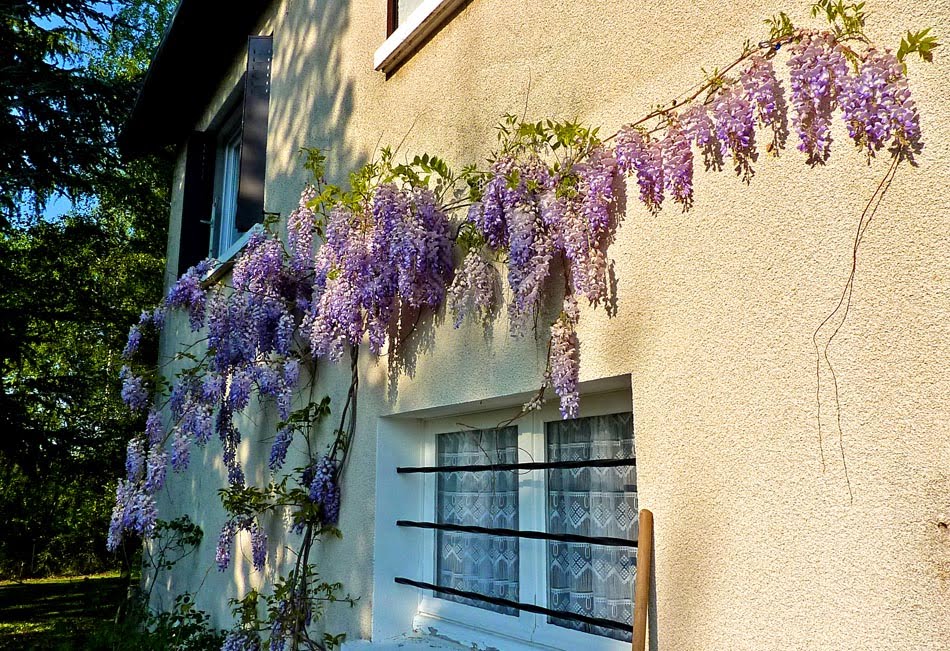 This is what the wisteria looked like in April 2011.
Not today, though. There's a steady, hard rain falling this morning. And we have company coming tomorrow.
Posted by Ken Broadhurst at 07:30