Pas beau, ce raisin, some might say. Mais si ! But yes, these bunches of grapes have their own beauty. The 2012 grape growing season all over France, except maybe the extreme southern part of the country, started with four months of constant rain. And in the spring, nights were pretty cold. 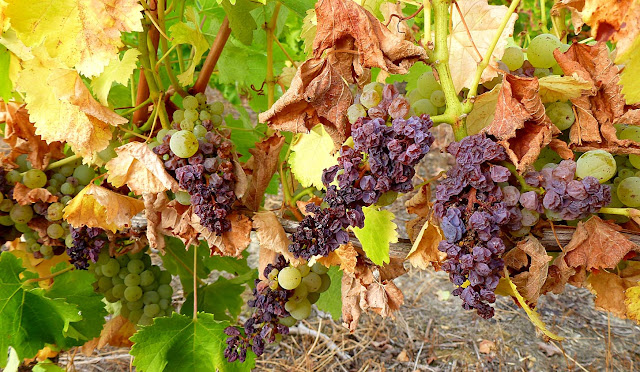 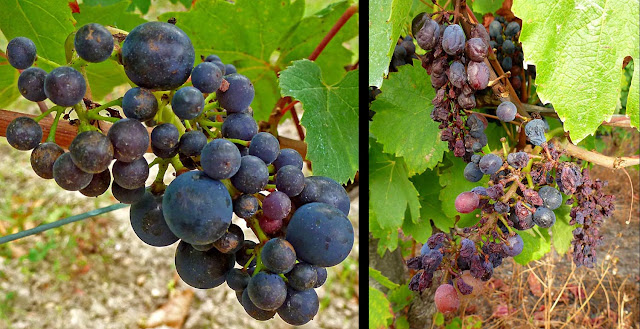 So the 2012 grape harvest will be smaller than average. At the same time, the country has now had nearly two months of warm, somtimes hot, and unsually dry weather. The grapes that survived the cold, wet spring might yet produce very good juice and good wines. 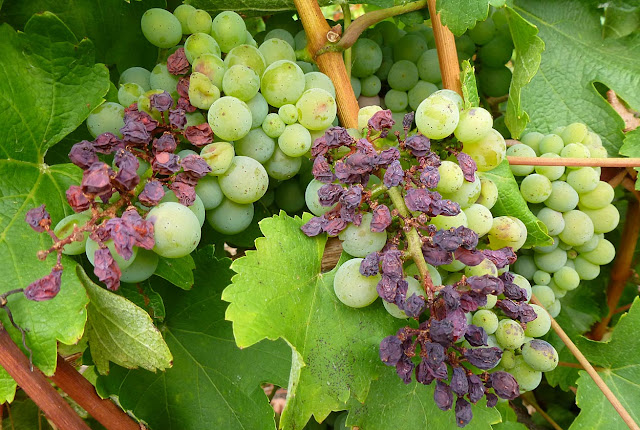 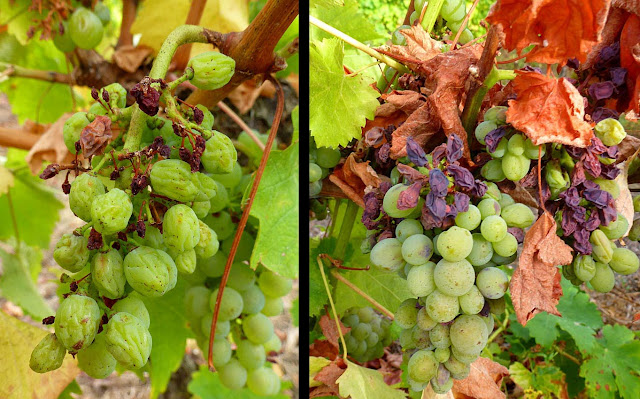 I took all these pictures out in the Renaudière vineyard yesterday afternoon. If you've looked at my other posts about the local grapes over the past week or two, you'll see the difference. A lot of the grapes you see here have turned into raisins secs, which we just call raisins in English. Blame the hot August sun, I guess. Some of the raisins, though, are beautiful, and maybe they'll add flavor and sweetness to the wines when mixed with the plumper grapes. 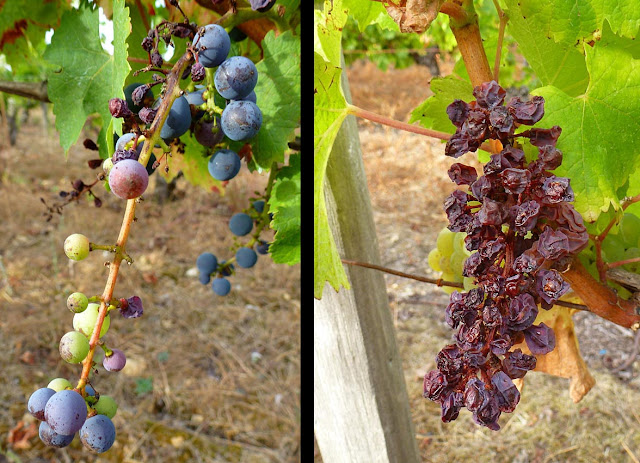 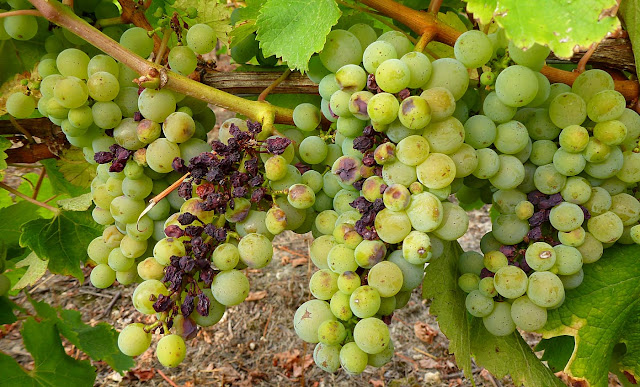 Bunches that haven't been dried in the sun are often pretty thin, as you can see. There are a lot of tiny grapes — ones that didn't develop fully in the spring, I think. There's more stem than grape on a lot of the bunches. 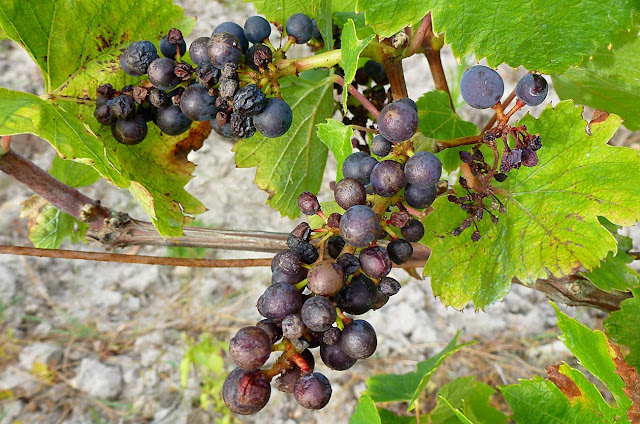 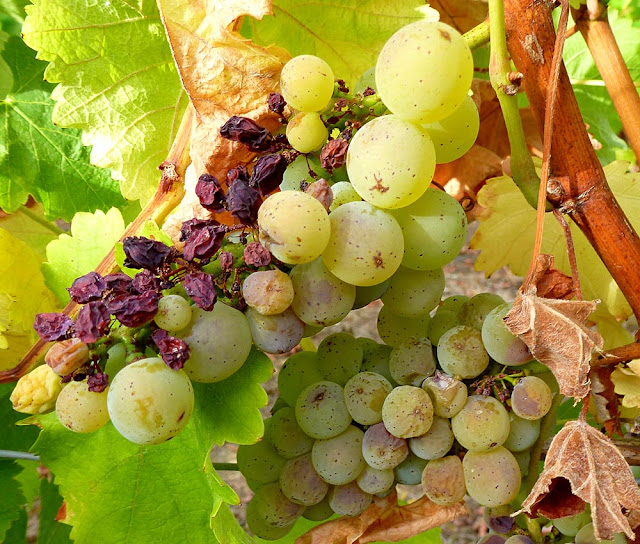 As I've said in earlier posts, the grapes on the vines closest to our house and hamlet seem to be better developed and less damaged by poor growing conditions. This is especially true of the grapes on the north side of our house. The vines are planted on a fairly steep downslope, so they probably benefited from better drainage during the rainy months. And since they are on the north side, they haven't been burned by the hot late-summer sun. Maybe that explains the situation.
Posted by Ken Broadhurst at 07:51