In March 2011, I took one of my annual trips back to coastal North Carolina to spend time with my mother, sister, and nieces, as well as with cousins and friends I grew up with. I stayed a night in a hotel in the Latin Quarter (the Hôtel du College de France), just steps from Notre-Dame, the Sorbonne, and the Cluny museum. 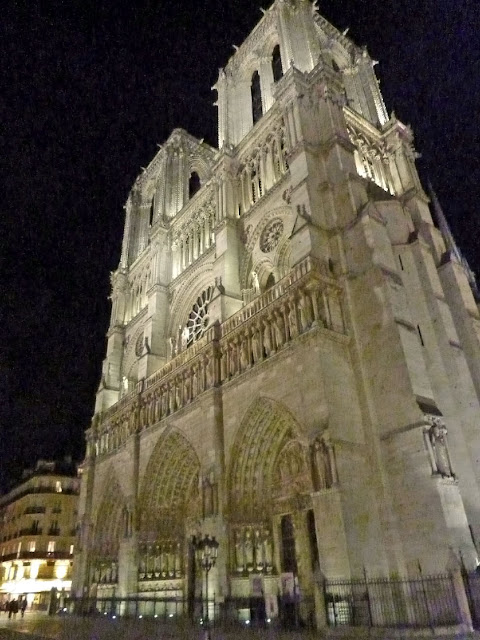 In the evening, before going out to the airport the next morning to catch my plane, I went for a stroll over to the other side of the river and around the cathedral to take some photos. Then I went and had dinner in a pizzeria in the Latin Quarter, if I remember correctly. That was eight years ago, already. Nowadays, I usually take the train from Saint-Aignan to Tours, and then directly to the airport instead of spending a night in the center of the city. 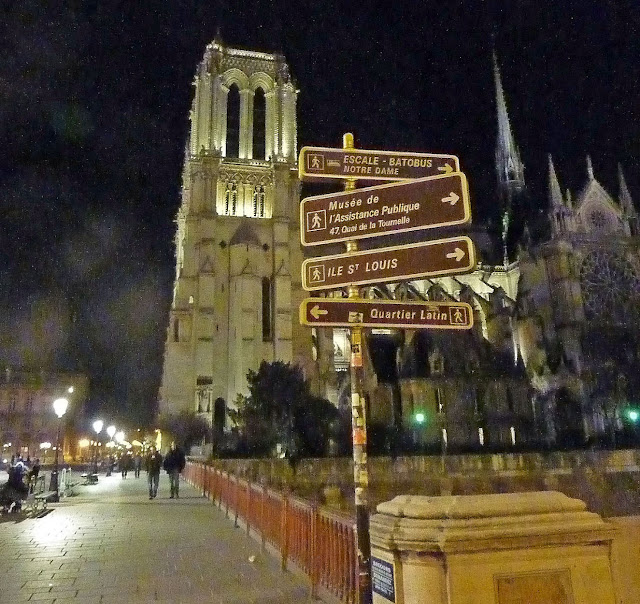 Here's a photo that shows the fleche (spire or steeple) that burned up in the fire last Monday and then toppled over, piercing the cathedral's roof and falling to the floor inside the building. I'm glad I took these pictures, which came out better than I thought they would. The cathedral is like some kind of phantom, standing tall and luminous against the black nighttime sky. 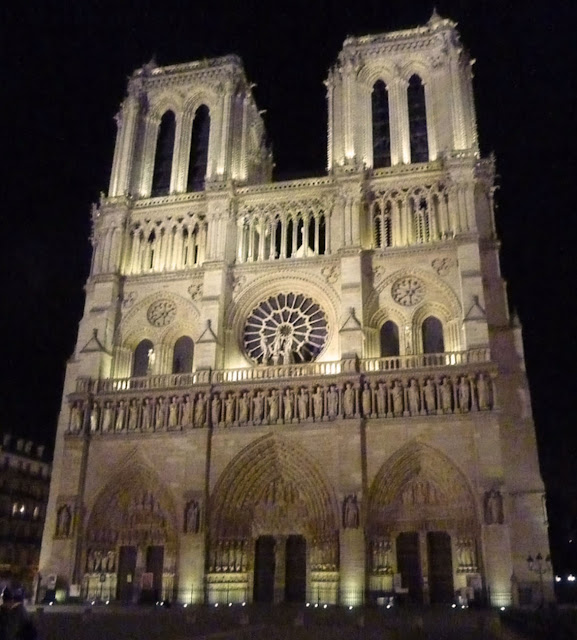 Here is a full-on view of the façade of the cathedral. These are the bell towers, and there's a rose window in the center, with intricately carved doorways below, opening into the building. Even though fire got into one of the towers Monday night, it survived basically intact. Firemen were able to put it out before this part of the church was heavily damaged.