Here are some more photos from my Sunday afternoon excursion. The beach at Morehead City is a 25-mile-long strand of sand along a barrier island that protects the mainland from the Atlantic Ocean. It faces south and is bathed by the warm waters of the Gulf Stream. 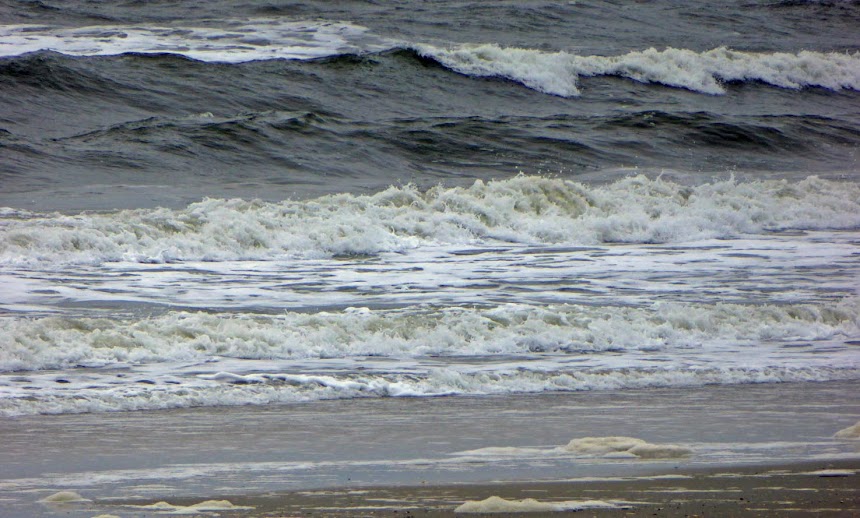 Of course warm would be an exaggeration at this time of year. All the same, I was surprised at how mild and pleasant the southwest breeze felt Sunday afternoon. The inland waters of the sounds and rivers, which are not as deep, seem to be much colder than the ocean itself, and breezes blowing across them are chilly.

Late Sunday afternoon we — my sister, a cousin, her son, me, and MA — drove to a place called South River (pop. 300) to visit and have dinner with friends who've lived there for the past six or seven years after relocating from Florida. They have a great house built on pilings at the edge of a creek that flows into South River, which is more tidal than fast-flowing. 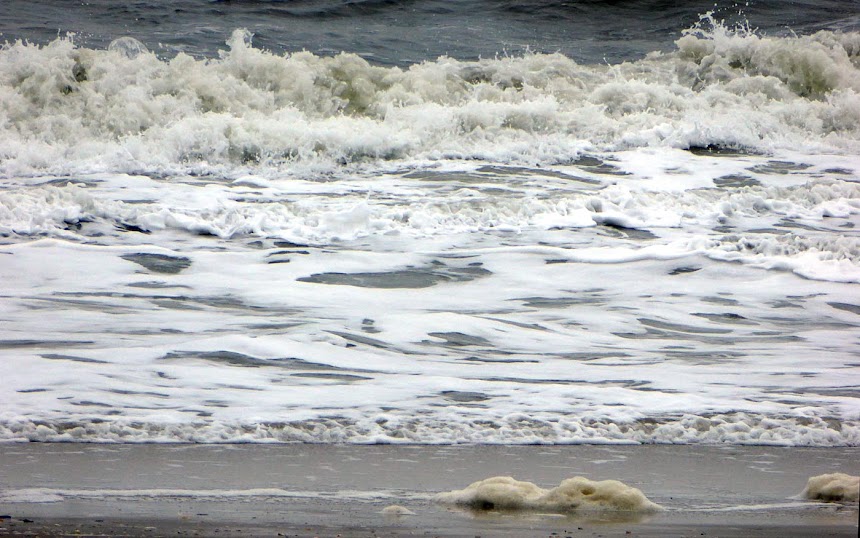 One of the South River friends is a guy I grew up with here back in the 1950s and '60s. We have a lot of memories of Morehead City the way it used to be (our families were neighbors and friends), and we had a lot of catching up to do since we hadn't seen each other in, probably, 35 years. His wife comes from Buffalo, NY. It's a 45-minute drive through woods and marshes from Morehead City to South River, where there are no grocery stores or other services.

My mother wore herself out over the weekend, so she rested yesterday. I had to do some laundry. It's supposed to turn rainy for the rest of the week, but most of yesterday was like Sunday weatherwise. I bought a jar of Polish sauerkraut at the supermarket in the morning and tried it with some local pork sausage. It was, well, too "sauer"  I'm afraid. I should have rinsed it in running water after I took it out of the jar and before I seasoned it and heated it up. That's what I do with sauerkraut in France, though it's not sold in a jar but raw and in bulk. It's milder and better. I'll rinse the next batch when I take it out of the jar.

P.S. For dinner I had a shrimpburger from El's Drive In, a local institution.
Posted by Ken Broadhurst at 07:15