The existing Notre-Dame de Lorette church was built starting in 1823, over a period of 13 years. It replaced an early 18th century chapel of the same name. The neighborhood, which was then outside the city proper, was developing, and there were no nearby churches, so a new one was called for. 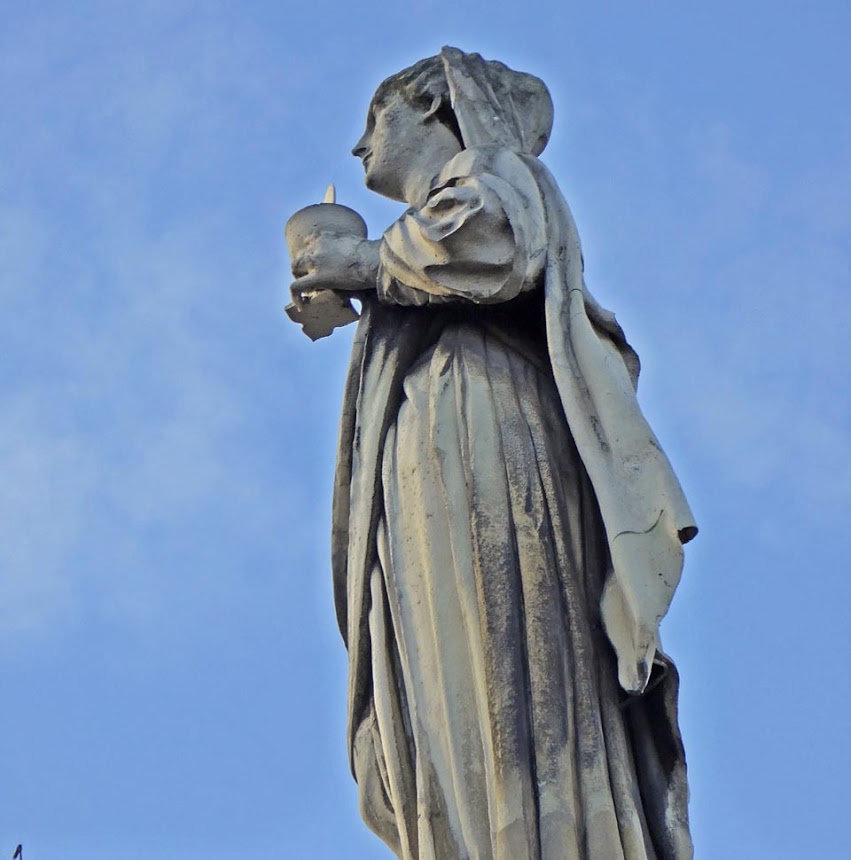 Cabarets and guinguettes lined the rue des Martyrs, which runs up the slope of Montmartre to the north. The nearby Sacré-Cœur and Trinité churches didn't yet exist. Notre-Dame de Lorette was built in the neo-classical style that was much in vogue at the time. 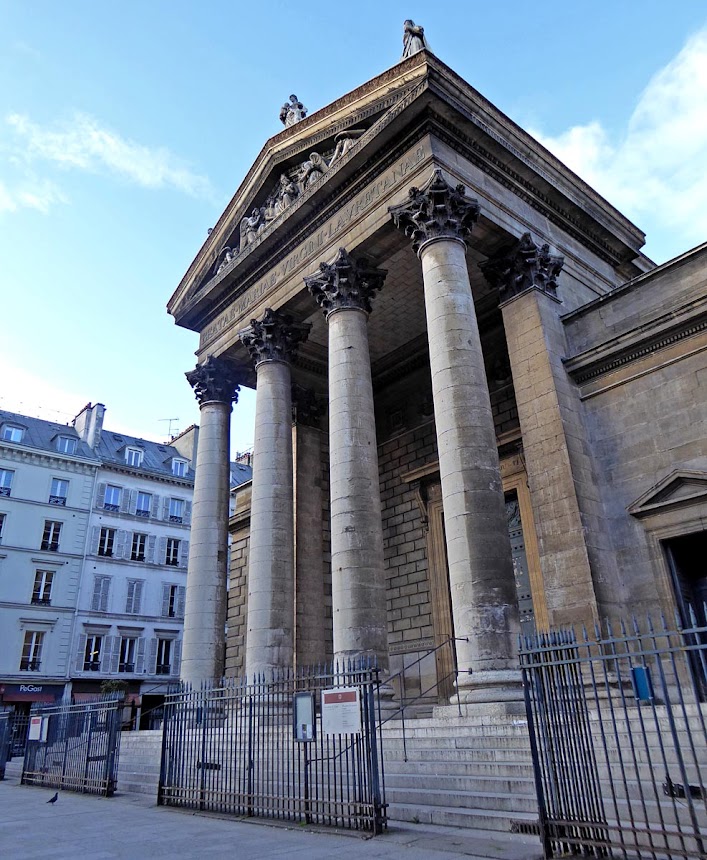 By the way, lorette, for a time, was used as a slang term used to describe a person we might in English call a young woman "of ill repute". There were a lot of what might be called « petites maisons » in what was a rough and tumble neighborhood 200 years ago. 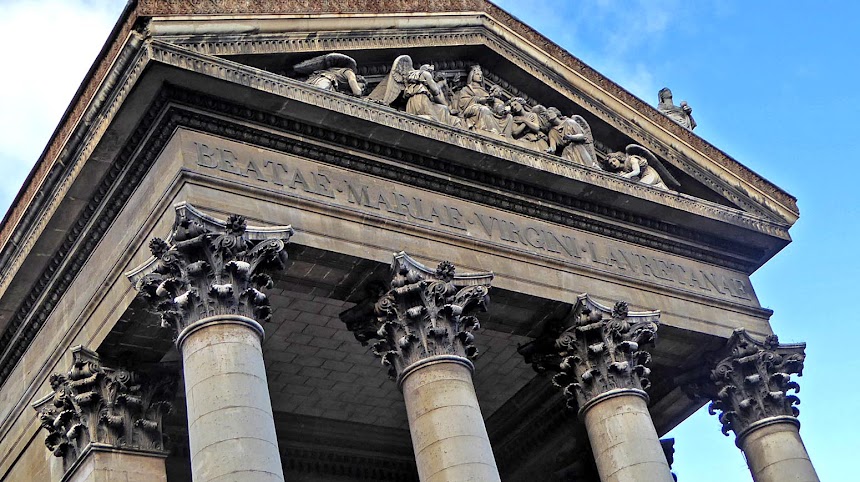 Remember, just on the north side of this neighborhood is the Place Pigalle. I guess it all went with the territory. Some things don't change.

In the 1970s, I knew an American woman — a fellow student and teacher — who lived on a street off the Rue des Martyrs, just behind the Notre-Dame de Lorette church. She was not a lorette. (I don't know why I am writing this...) I've walked by the church hundreds of time but I've never been inside.

Whatever. I liked this window display in a shop next to the church. I'm not sure what it is supposed to represent. Are these little statuettes in candy? Soap? Always expect the unexpected in Paris.
Posted by Ken Broadhurst at 07:30