I guess since the famous animated movie came out a few years ago, everybody now knows what ratatouille means. It's a southern French dish of stewed summer vegetables — tomatoes, eggplant (aubergines), zucchini (courgettes), bell peppers (poivrons), onions, and garlic. The city of Nice gets credit for inventing it, but the first time I ever tasted it was in Marseille in 1970, when I was a student in Aix-en-Provence. 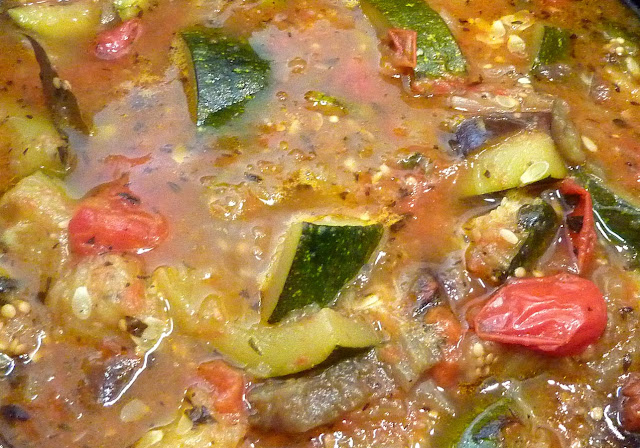 If you don't have peppers or garlic, that's okay, actually. You can still make a simple ratatouille. It's more of a method than a recipe. Two other ingredients you really need, however, are olive oil and thyme. I like to put some red pepper flakes in mine, along with salt and black pepper, of course. 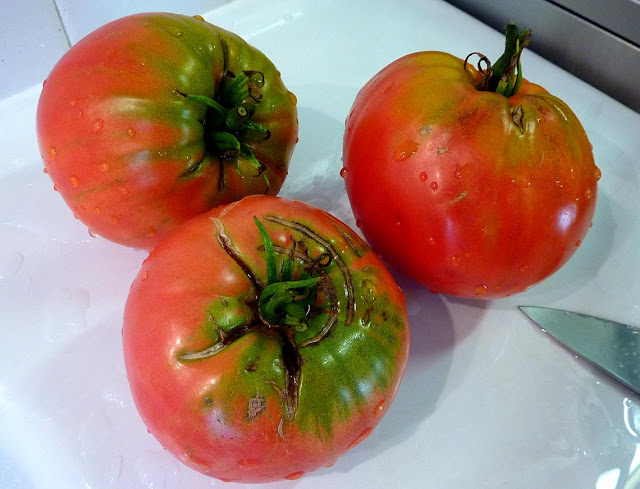 Why is the dish called ratatouille, though? Well, it's probably a dialectal combination of two verbs: ratatiner, which means to shrivel up, to get wrinkly, and touiller, which means to stir, with the idea of mashing or lightly crushing included. To make ratatouille, you stir and crush summer vegetables in olive oil until they are shriveled and start to fall apart.

Fresh tomatoes from the garden are always better. 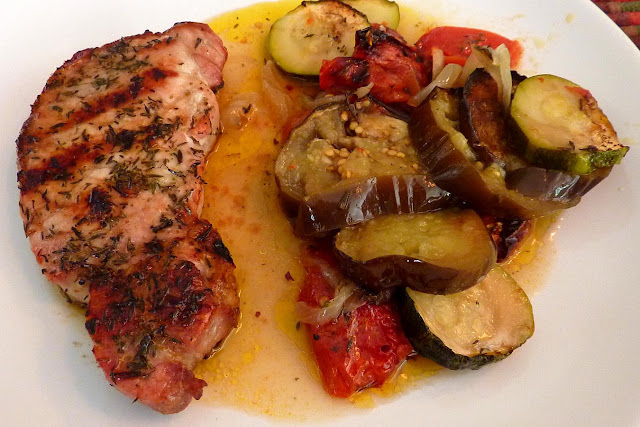 Ratatouille doesn't even rate a mention (that I can find), much less an article in the Larousse Gastronomique food encyclopedia. It's not really a French (read "Parisian") dish. The LG does include a couple of recipes for zucchini and tomatoes prepared as in Nice or Menton, but without eggplant.

Ratatouille really is a seasonal, summertime dish that is especially good when the weather is hot and sunny. At the same time, you can buy it in jars at the supermarket. Just heat and serve. 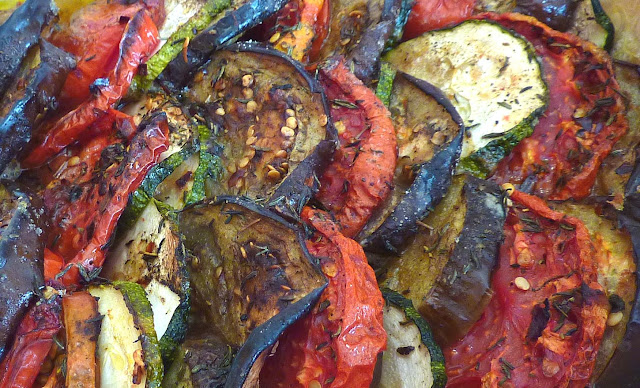 Usually you cook ratatouille in a pot on top of the stove. Recipes vary considerably. Some say to brown the vegetables separately and then put them into a pot in layers to cook, with a little water as needed, for 30 to 60 minutes. Others say just put all the vegetables in a pot with olive oil and then stir and mash them as they cook, until they are tender. Some even say to mash the cooked vegetables with a potato masher to blend the flavors well. You can serve ratatouille hot, warm, or cold. 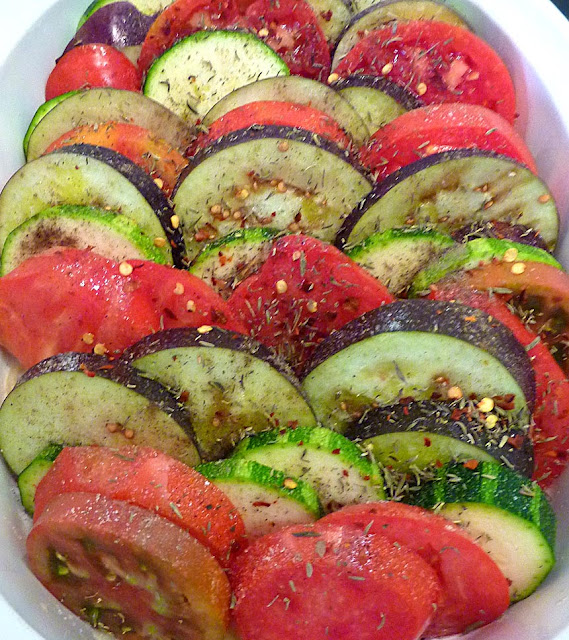 Another version is ratatouille cooked as a kind of gratin in the oven. Arrange slices of tomato, eggplant, peppers, and zucchini in a baking dish on a bed of lightly sauteed onions. Drizzle olive oil over all, sprinkle with salt, pepper, and thyme, and add a little bit of water. Put the dish in a slow oven — 300ºF, 150ºC — and let it cook for 60 to 90 minutes. Turn the heat down as it cooks, or cover the dish, if it starts to brown too much. Add more water as needed, but not too much. 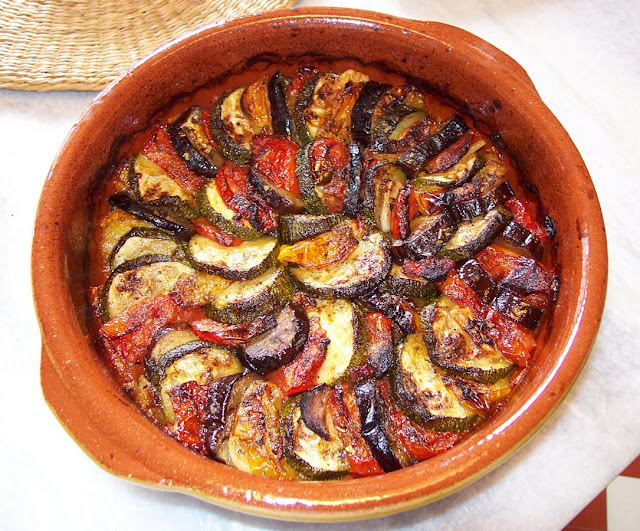 Ratatouille baked in the oven is what I made a couple of days ago. I had vegetables left over after I packed the slices into a baking dish, so at the same time I made a pot of more traditional ratatouille on top of the stove. As the oven-baked dish cooked and dried out, I spooned on some of the liquid from the stove-top ratatouille to keep it moist. That worked out pretty well.


Walt has a plan to make a pizza using ratatouille, with some of the cooking liquid drained off, as the topping, and with melted cheese. I think that sounds very tasty.
Posted by Ken Broadhurst at 07:30