Yesterday I was in Blois [blwah] twice. I was surprised at the amount of traffic there was on the roads up there. I had to drive Walt to Blois for a medical appointment. It takes an hour. Then I had to go back and pick him up in the afternoon. He wasn't allowed to drive himself home. It takes between 45 minutes and an hour to get there.

When I went back in the afternoon, it had started raining. I stopped and took a few pictures on the south (left) bank of the Loire despite the frequent hard showers. I wanted to try out my camera's panorama feature again, and it had been a long time since I'd taken or posted any photos of Blois, a city of 50,000 that is the administrative "capital" of our département (Loir-et-Cher). You can find other posts about Blois, including photos, by tapping or clicking this link. 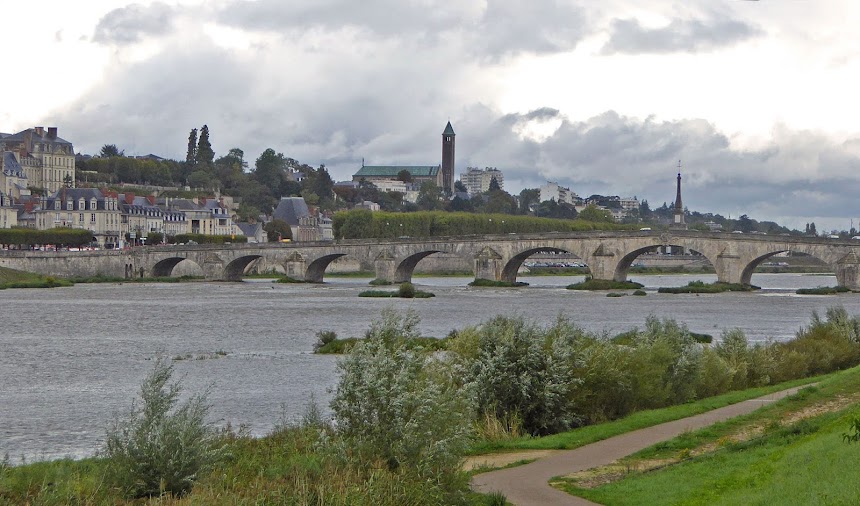 There are three bridges across the Loire at Blois. The one you see above is the oldest (18th century), and the other two, one on the eastern edge of town and one on the western edge, are modern. Of course, this bridge has had to be repaired or rebuilt several times over the centuries, including at the end of World War II. German forces had blown up the three central arches. 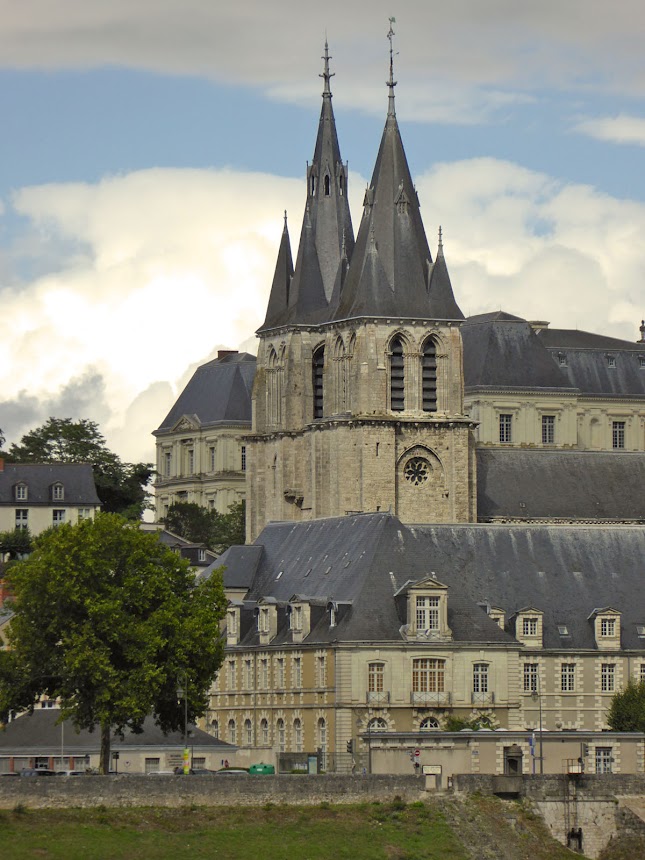 Blois is an old royal city and it has a big château that dates back to the Middle Ages, with wings built over the centuries in different architectural styles. You can see one of the "newer" wings of the château just behind the towers of the church above, which is called Saint-Nicolas. The church itself was built in the 12th and 13th centuries.

During that war, more than 1,500 buildings in Blois were heavily damaged or destroyed by bombardments. The center of town was rebuilt in the old style. One third of the town's population lives, however, in a large modern neighborhood of apartment buildings on the north side, built in the 1950s and 1960s.
Posted by Ken Broadhurst at 07:20