A couple of days ago I posted about the dolmen called La Pierre Folle over near Valençay, east of Saint-Aignan. There are two other dolmens near here, one in the southern part of Touraine and the other farther west, near Chinon. 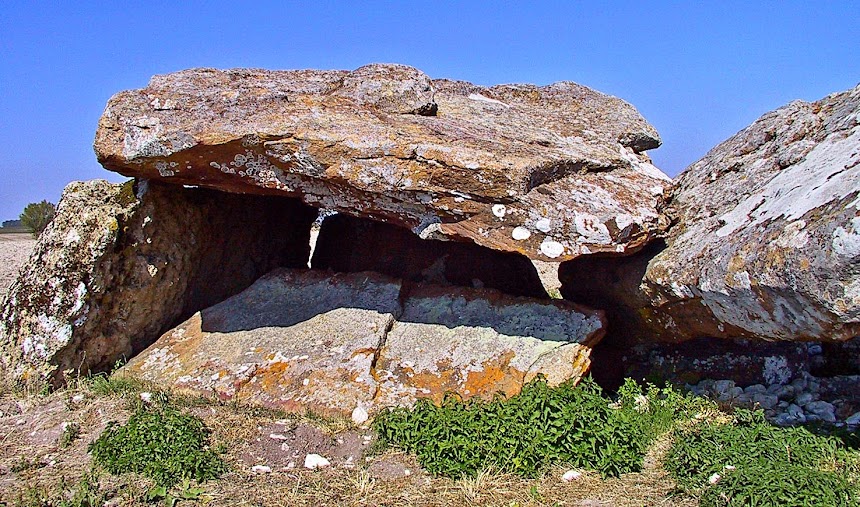 
The first time I went to see the dolmen near Ligré, just southeast of Chinon, had to be in 2004 or 2005. Walt and I had driven over there to buy wine at the Château de Ligré. I don't know if we had read about the dolmen or had just seen a sign along the road. I haven't yet found the pictures from that excursion. 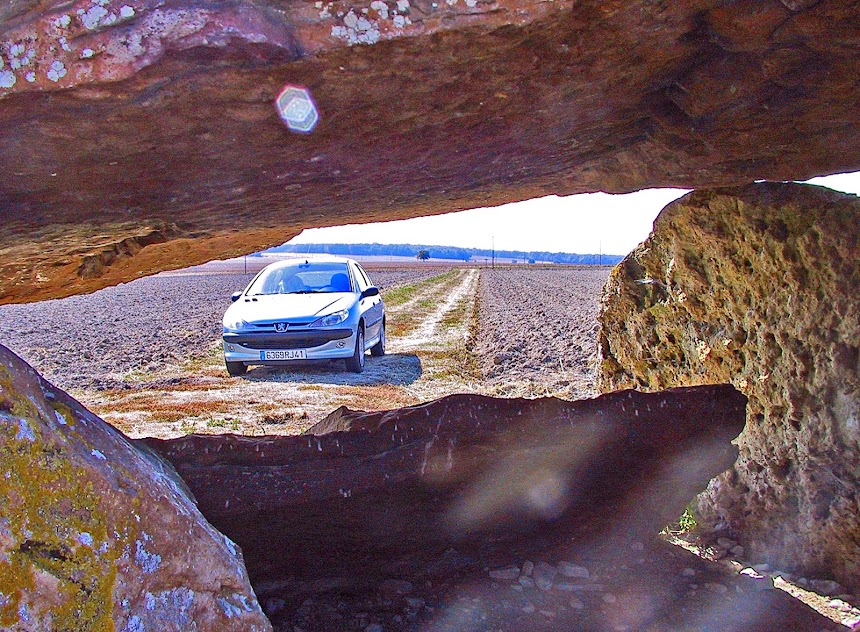 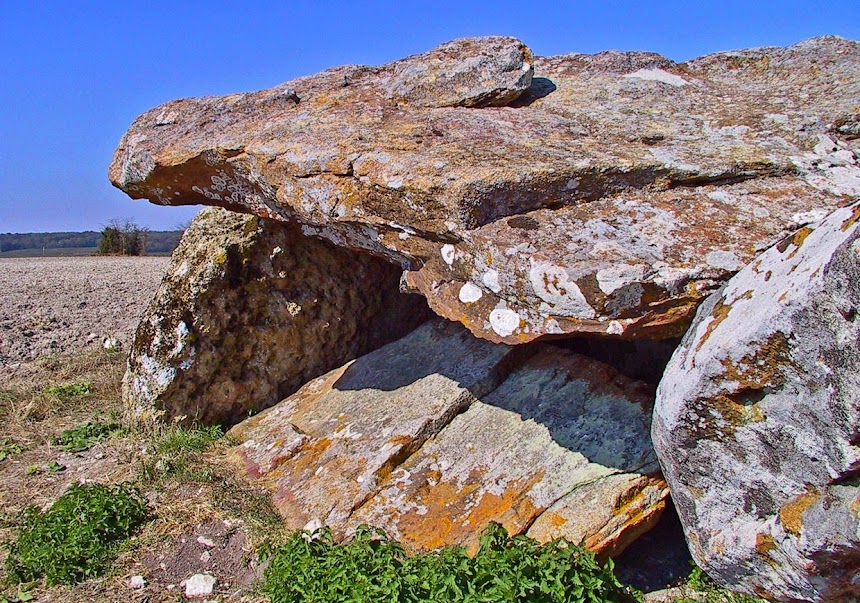 
But I did return to Ligré in September 2005, that time with my mother, who was visiting from North Carolina. We drove over to Chinon to see the town, and we stopped at Ligré to buy wine and go look at the dolmen, which is called Le Carroir Bon Air. Carroir means the intersection of four roads, I've learned — the word is related to carré, the French word for "square." So four roads must have met at this point (at the top of a hill). I don't know much more about it. 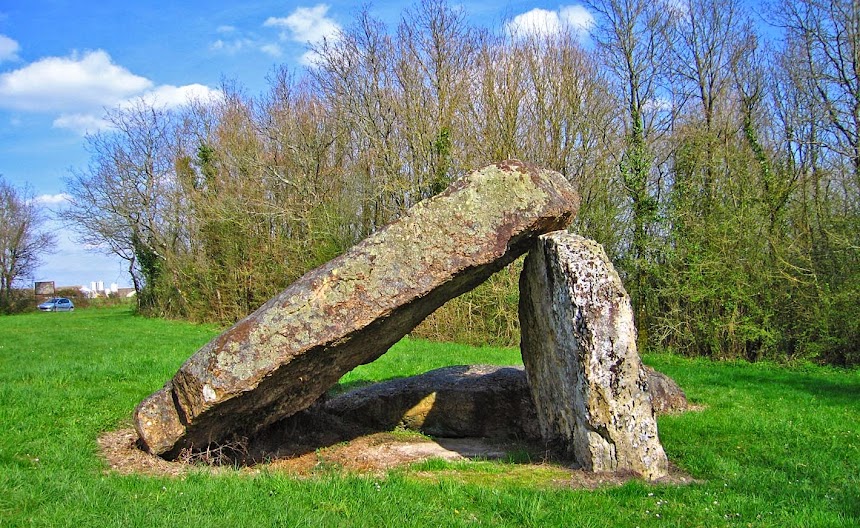 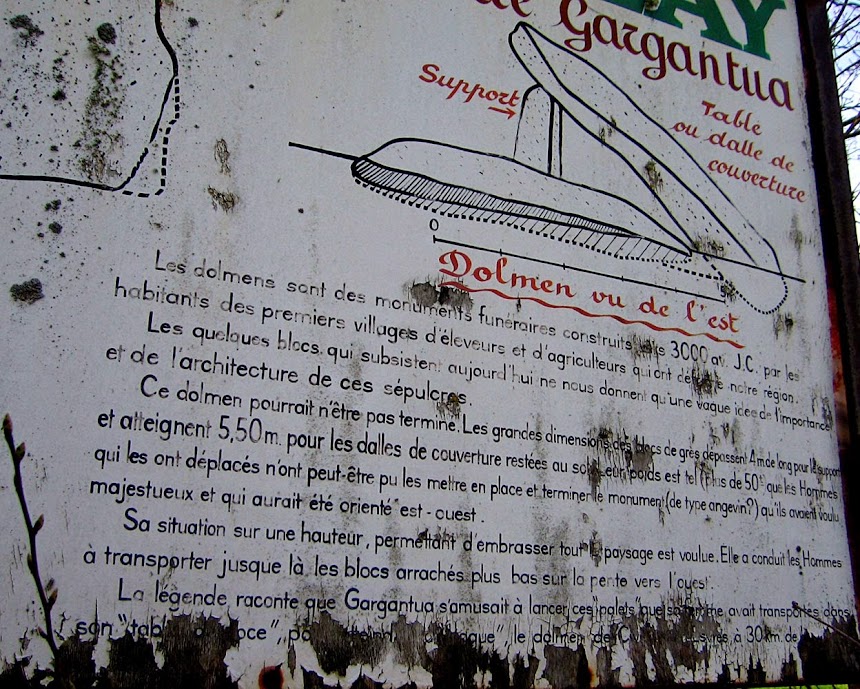 
The other dolmen in the area is near the village called Charnizay, in the southern part of Touraine near Preuilly-sur-Claise and Le Grand-Pressigny. The first time I went there was in 2006, on April 11. I remember because it was the birthday of a close friend from California who was visiting at the time. 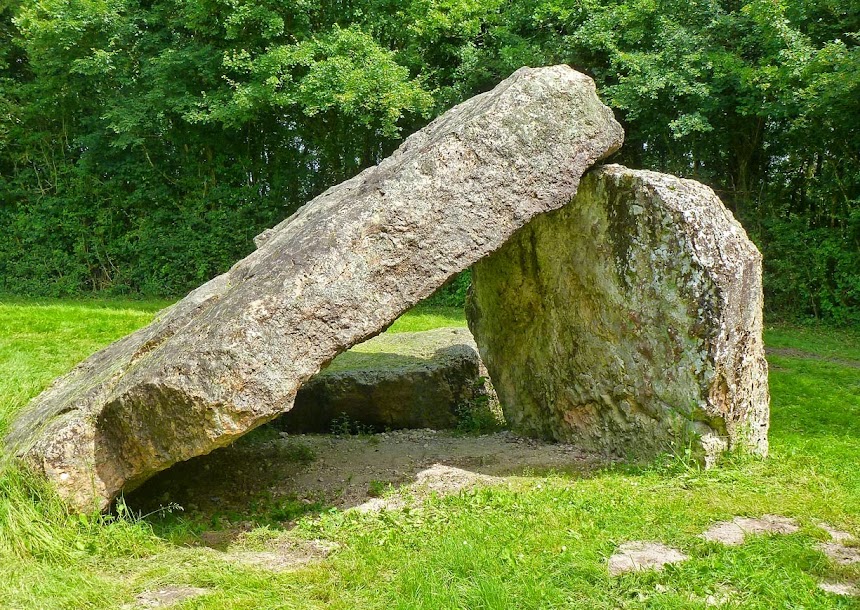 
My friend CHM and I returned to see the dolmen at Charnizay a couple of weeks ago. It's called Les Palets de Gargantua, after the legendary giant who was featured in the works of the 16th-century Touraine writer François Rabelais. Palets are little flat disk-shaped rocks of the kind you would skip across the surface of a lake (palet is also the word for "hockey puck"). The idea is that the 50-ton stones near Charnizay were tossed there by Gargantua. That's how big he was supposed to be. 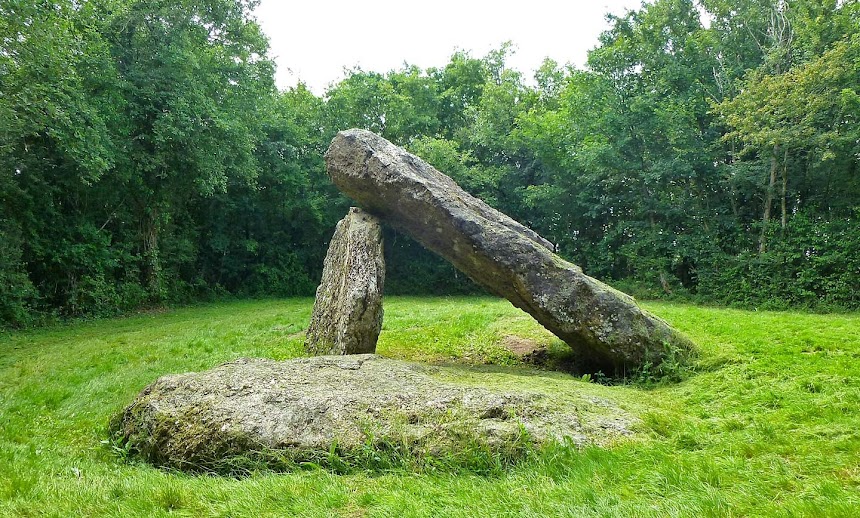 The dolmen near Charnizay in south Touraine, 2014


I'm including a photo of the old informational panel that stood at Les Palets de Gargantua in 2006. It's legible but just barely. In posts about the dolmen that have appeared on Antoinette and Niall's Chez Charnizay blog, and on Tim's Touraine Flint blog, you'll find the newer informational sign that was put up subsequently.
Posted by Ken Broadhurst at 07:29