One day at a time. We're going into a very busy period. The garden is growing. Home improvement projects are on hold until August. Friends are coming to stay for a few days, arriving Thursday. It's time to make sure the house is ready, and the car too. There are menus to plan and reservations to make (we plan to go to Bourges for a nice restaurant meal on Friday). I also have a string of medical appointments coming up all through July, mostly in Blois but also in Saint-Aignan and down the river in Saint-Georges-sur-Cher. Sigh. 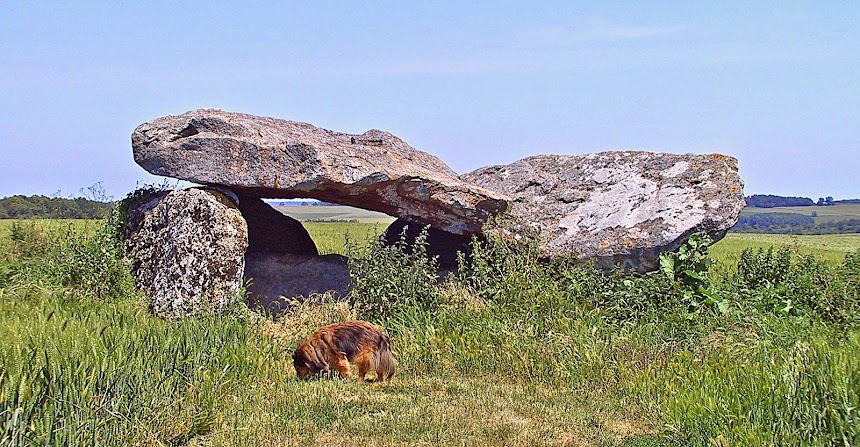 After much searching, I finally found some 2005 photos of the dolmen near Chinon that's called Le Carroir Bon Air. The dog in the photo is Collette, who came with us from California to France in 2003 and died in 2006 at age 14. 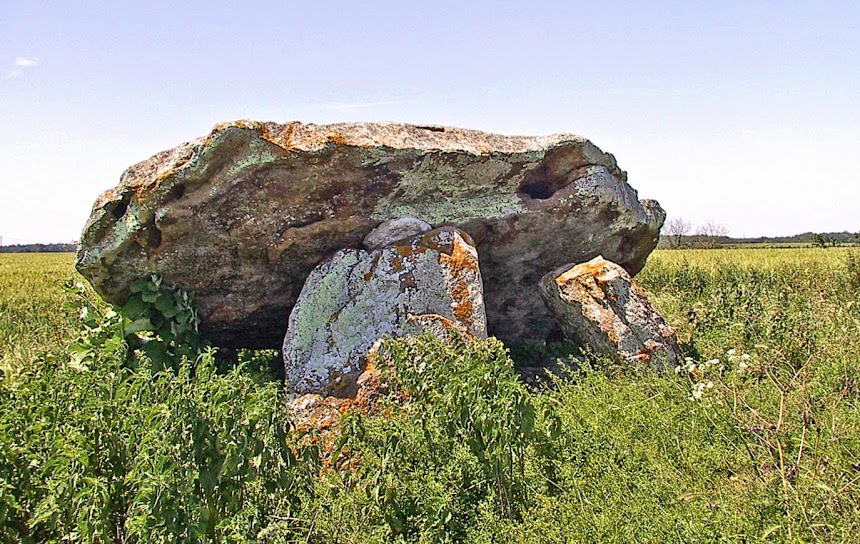 These photos are far from earth-shaking, but after spending hours searching for them, I had to post them. It's an impressive monument. The pictures are from June 2005, and the closest village to the dolmen is called Ligré.


Meanwhile, the weather seems to be settling down again. We had quite a bit of rain late last week, and Saturday our planned outdoor feast had to be moved indoors because of frequent showers. Yesterday it was almost cold in the house until late afternoon, when the sun finally managed to warm things up slightly. It's about 50ºF this morning and will be only about 70 this afternoon. At least we didn't get the severe hail storms that damaged the grape crops over near Beaune, in Burgundy, over the weekend — for the third year in a row.
Posted by Ken Broadhurst at 07:30