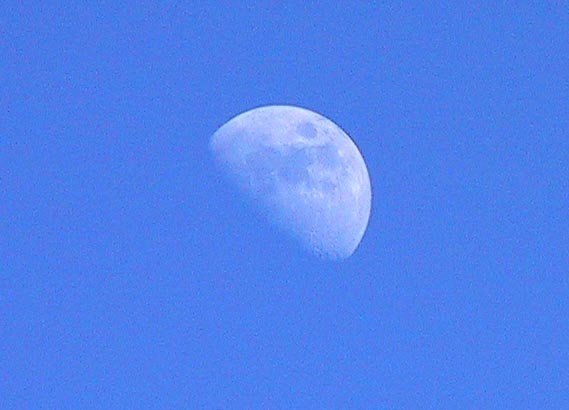 Afternoon moon
No, I'm not saying Callie is a lunatic. And anyway, lunatique in French means "moody," not crazy. The word derives from the French word for "moon" — la lune — and from Latin of course. 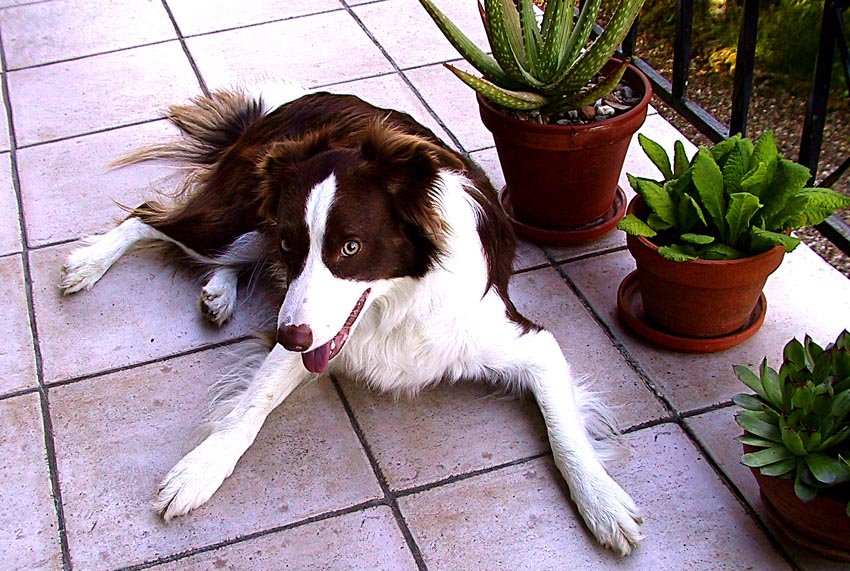 Callie in her lunar craze
Callie isn't crazy or even moody, really, but she goes into a crazed state when she sees the moon in the sky. Especially in the daytime, and we see it often early in the morning or late in the afternoon. On mornings when the moon is up in the sky, getting ready to set, she chases it and barks at it the whole time we are out walking. 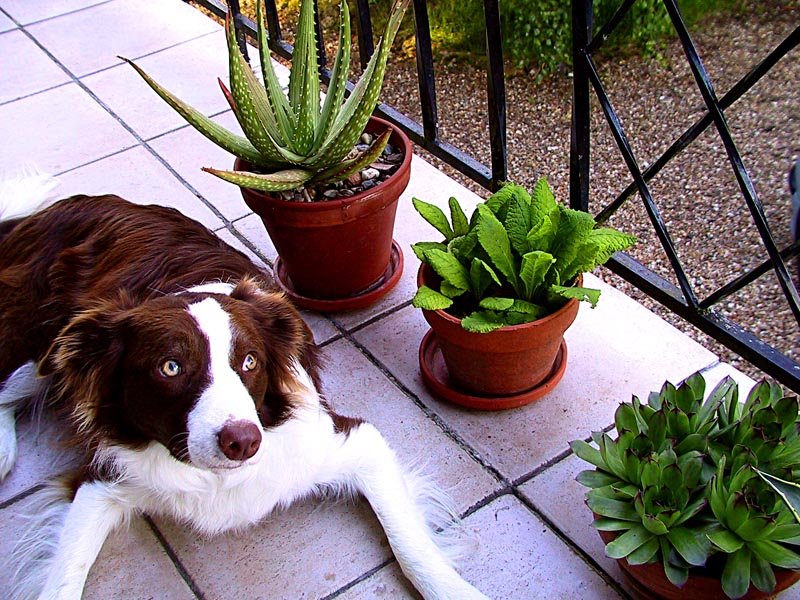 I see the moon and the moon sees me...
One day earlier this week we were out on the front terrace and there was the moon in a blue sky. Callie went wild, as usual. These are some pictures I took of her that day. 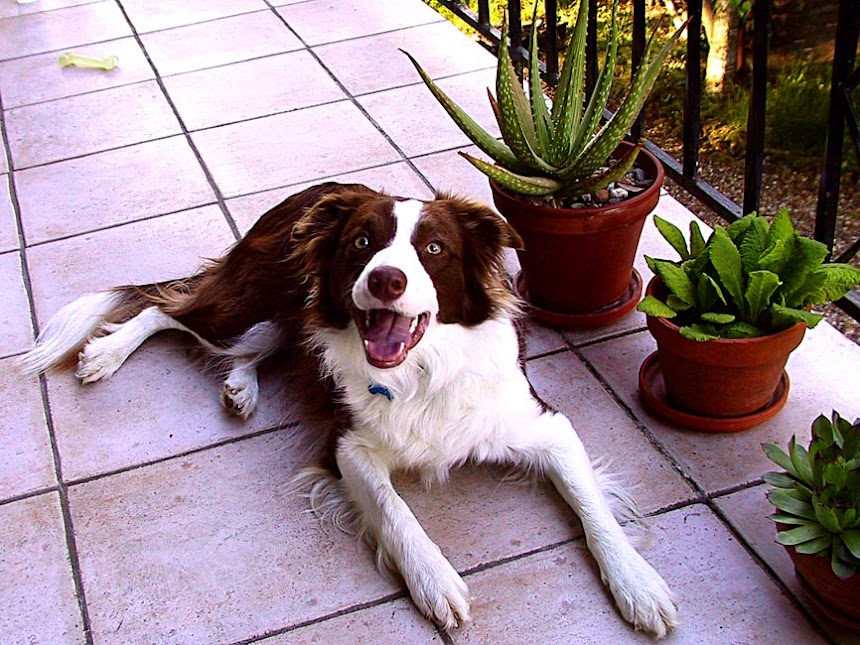 What's that in the sky? Is it a bird? Is it a plane?
No, it's the moon.
And here's a picture of her in a more tranquil state. 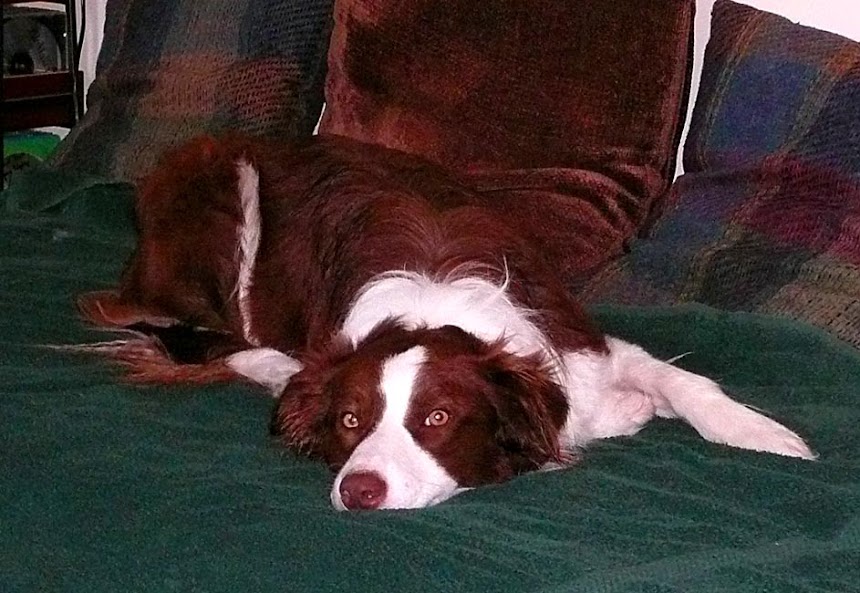 Sitting on the bed, looking at the camera
Posted by Ken Broadhurst at 09:30