I read this in an AFP (Agence France Press) article in English a few days ago:

LA ROCHELLE, France, Aug 17, 2007 (AFP) - An elderly British woman was killed Friday when a tree crashed onto a pavement cafe in the historic French port of Brouage, a tourist hotspot on the Atlantic coast, local officials said.

The 61-year-old woman's daughter, in her thirties, was also injured in the accident, which occurred at around 11:00 am. 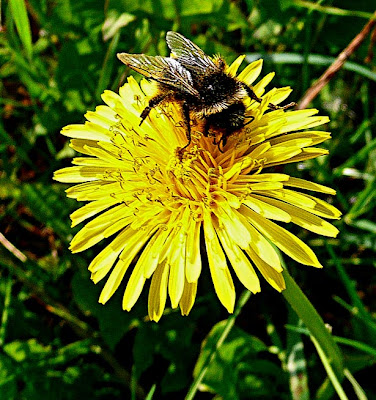 If you look at Claude's blog you'll see the coincidence
with this picture I took day before yesterday.
Claude, whose blog in French is Vieux c'est mieux, rejects terms like elderly, senior citizen, or golden years in favor of just plain old "old" — and I think I agree with her. Some days I feel old at 58, but then some days I probably felt old at 38. As one of our neighbors who's about 60 said to me the other day, you don't feel any older in your head as your body ages. It's all in the way other people see you. Sartre said « L'enfer c'est les autres. » So you all just ought to cut it out! 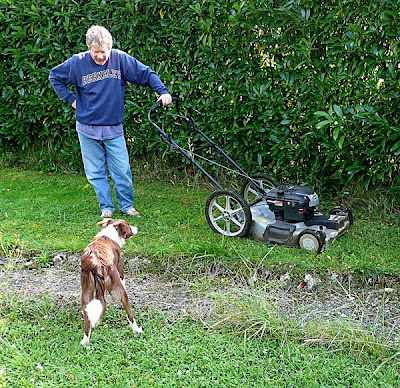 Walt begging Callie not to chase and bark at the lawnmower
when he starts it up and tries to mow the grass.
Claude has also tagged me for a meme (if you know what that is). I'm supposed to tell you seven things you might not know about me. And they are supposed to be interesting, I think. I'm working on it, but I think I've already told everything I'm willing to tell the world about me on this blog. I'll come up with something. And I have to do it in French, which means I have to do it in both languages...
Posted by Ken Broadhurst at 10:07