Last Sunday, despite a less-than-encouraging weather forecast, we decided to do a day trip that we had planned weeks ago. It was to be a day of hiking around and bird-watching, so the weather mattered.

The two days before had been very windy. These were winds that blew in gusts up to 60 mph. There were small tree limbs down in the yard and up and down the road. And just to liven things up, when the gusts and squalls blew through, we were also pelted with wind-driven raindrops. 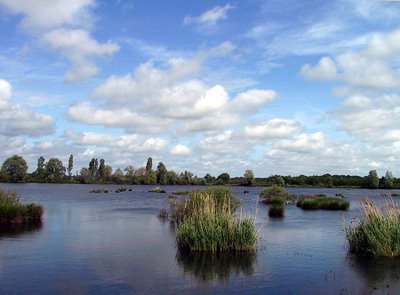 A typical landscape (or waterscape?) in the Brenne
As I said, we decided to go on our outdoor excursion anyway. The weather forecast called for a pleasant Sunday morning, with a new band of rain and wind coming in during the afternoon. We left the house at about 10:30 a.m. and drove an hour south to the area known as La Brenne, which has been turned into a Parc Naturel Régional. La Brenne is a large area of marshes, ponds, and small lakes (étangs in French) that is known for its wildlife. Nearby towns include Châteauroux, Angles-sur-l'Anglin, and Azay-le-Ferron.

Ducks taking flight on one of the many étangs, or small man-made lakes
The ponds and small lakes of the Brenne are not natural, but they've existed for so long that they might as well be. The monks at several nearby abbeys, including the one at Fontgomault that we have visited, worked to drain and improve the marshy land of the region by creating the ponds and lakes starting more than a thousand years ago. 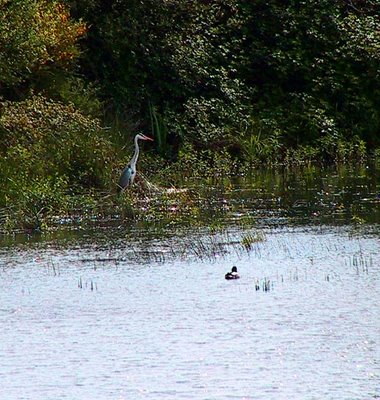 A blue heron at the étangs de Foucault in the Brenne
There are nature trails and nice birding blinds along the shores of many of the lakes, so bird-watching is easy. We saw laughing gulls, blue herons, mallards, grebes, and red-headed ducks, among many other birds that I couldn't identify. We also saw turtles and frogs. The whole area reminded me a lot of coastal North Carolina, where I grew up. 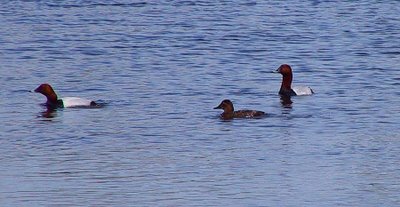 Red-headed ducks
One of the biggest lakes in the Brenne is called l'étang de la Bellebouche. Around it are California-style campgrounds and numerous hiking trails and birding blinds. Another is l'étang de la Mer Rouge, which was named by a local lord when he came back from the Crusades in the Holy Land in the 13th century. He had seen the Red Sea. 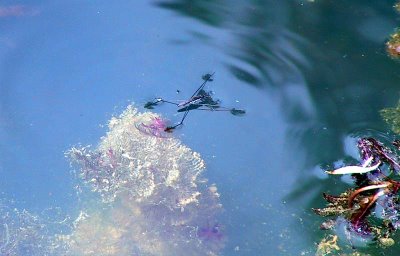 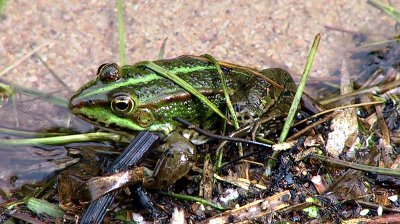 A green frog I noticed on the shoreline of the étang de la Mer Rouge
and, below, reflections in the calm waters on the same shore 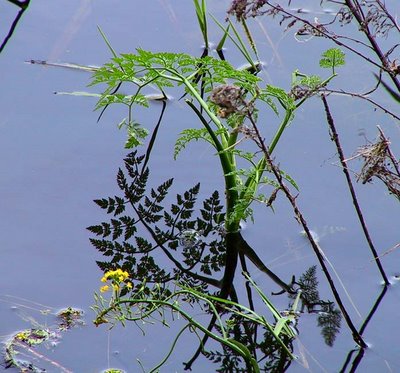 The nicest town we went through (and there were several) was called Mézières-en-Brenne. It was clean and fresh-looking, with old stone and brick houses dressed up with brightly colored shutters. There were flowers in windowboxes all around. We had lunch in an inn there. We picked it because the menu posted outside was extensive and we all saw something we wanted to order and eat. 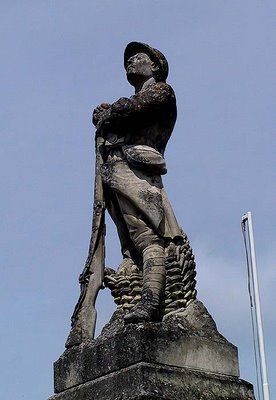 The World War I memorial in Mézières
The front door put us into the café part of the establishment, where several men were standing at the bar having an apéritif, talking, and laughing. The young woman behind the bar looked at us with wide eyes (omigod, foreigners! I could see her thinking) but relaxed when we asked her in French if the restaurant was open for lunch. She would go find out, she said, and disappeared through a door into the kitchen.

An older woman then came out, all smiles, and said yes the restaurant was open but they were serving just one dish -- pork roast with frites and mixed vegetables. I asked about the extensive menu of steaks, chops, and omelets, but she said that menu was out of date and that they were just starting to set the place up for the summer season. Pork roast sounded fine to us, actually, so we installed ourselves at a table in the dining room. We were the first to arrive. 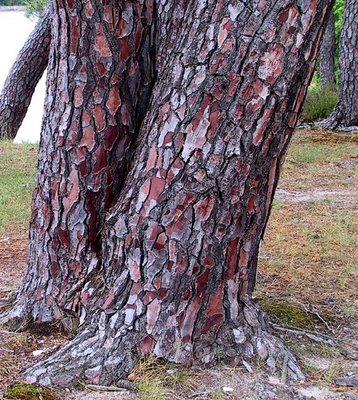 Pine trees near the étang de la Bellebouche, outside Mézières
A big group of French people came in right behind us, a family. There were seven or eight of them, and they took a table close to ours. Then in came a French couple and another, smaller family. The place was filling up. The front door opened, and from behind a partition that separated the dining room from the bar, somebody yelled out in French : "Y a-t-il quelqu'un ici qui parle anglais ?" Does anybody here speak English? I think they knew we did.

Three cyclists had just walked in, and they didn't speak much French. Walt stood up and told them over the partition what the menu was. They thought that sounded fine and took a table near us. One of the cyclists was from Southern California, he said, and the other two, a couple, said they lived in England. He had an American accent too, I think, but she sounded English. They were staying in a hotel near Châteauroux and were spending the day cycling around the area. 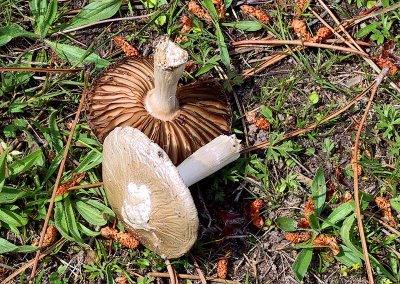 Mushrooms I saw lying on the ground as we walked
When it came to be time for dessert, the woman in charge brought us a handwritten list of ice cream flavors and left us a pad of paper and a pencil. Write down the flavors you want, she said. You get two scoops each. So we did. All the food was good. 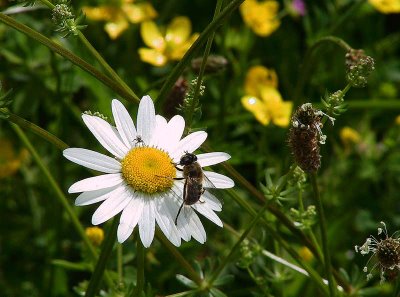 A bee and a bug on a flower in the Brenne
After lunch it got a little windy and a few clouds blew in, but it didn't rain. We drove from lake to lake and took short hikes looking for birds. We spent time in bird blinds, taking pictures. Cheryl said she saw several birds that she had never seen before -- birders call those "life birds," evidently. There were other people out walking off their Sunday dinner, but it was never crowded. As you can see from the pictures here, we enjoyed the day.
Posted by Ken Broadhurst at 11:43