On Thursday May 25, which was a holiday in France, we (Walt and I plus four friends from California) drove over to the château de Valmer, which is known for its gardens. 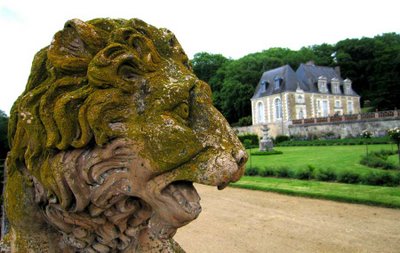 What's left of the château de Valmer
Valmer is also a wine château. The owners produce Vouvray wines, which include still and sparkling white wines made from the Chenin Blanc grape. Vouvray wines run the gamut from very dry to very "sweet" -- that's the inadequate term in English for the French term moelleux, meaning "soft, mellow, smooth". 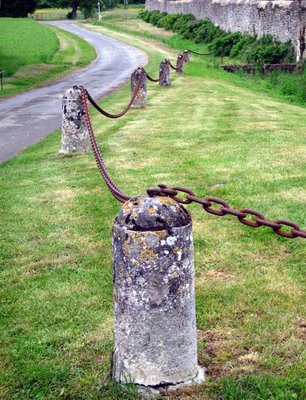 Arriving at the estate
Vouvray's moelleux wines are produced in very good years and are wines in the same style as Sauternes or Monbazillac from the Bordeaux area. Only in good years can the grapes be left on the vine long enough for the noble rot to develop and concentrate the grapes' sugar. 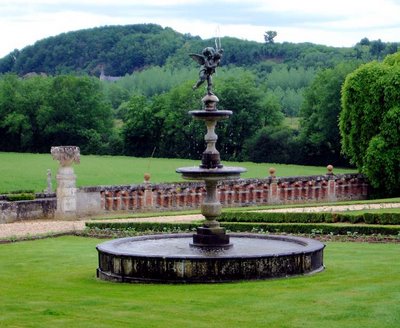 The grounds and gardens
Château de Valmer is the name of the wine estate, but is now a slight misnomer when it comes to describing the property. The château burned down in 1948, unfortunately. There are some buildings left, and the gardens are intact, but the main building is gone. It's former location is marked by a ring of yew hedges. 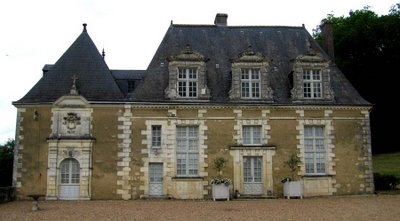 One of the 17th century buildings remaining at Valmer
You pay 7.50 euros in admission at Valmer, but at the end you get a tasting of Vouvray wines for the price. We tasted a sparkling that was very good, and a moelleux that I wasn't too impressed with. 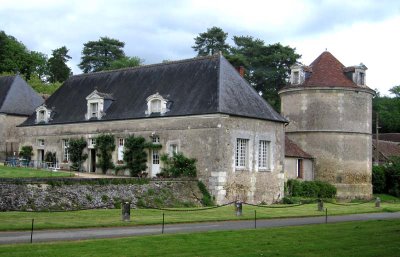 The building on the left is the shop and tasting room at Valmer
Between entering and tasting, you can wander around the grounds and gardens at your own pace. The setting is very nice. If you walk down the long tree-lined driveway and turn left, you can climb a gravel road up into the vineyards for a view of the property from above. 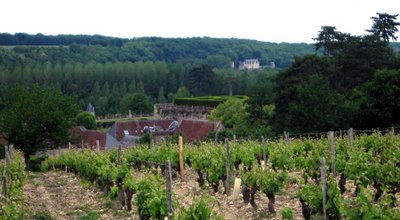 View from the vineyard with the the château called La Côte in the background
The whole site is very picturesque. The grounds encompass 200 acres of land, much of it forested, and are completely enclosed by a stone wall. There are formal gardens, an herb garden, and a large vegetable garden. 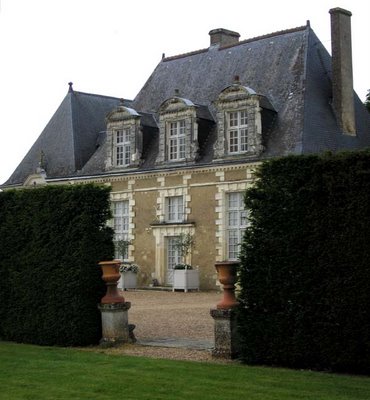 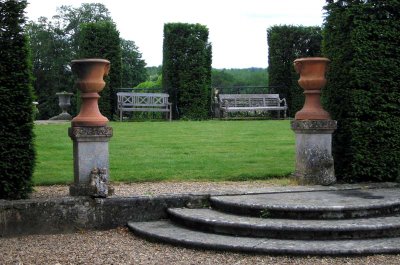 These hedges outline the shape of the château, which burned down in 1948
There's a rare (according to the Guide Michelin) troglodyte chapel on the estate. It's carved out of a rock cliff near the site of the old château and dates from at least the 16th century. 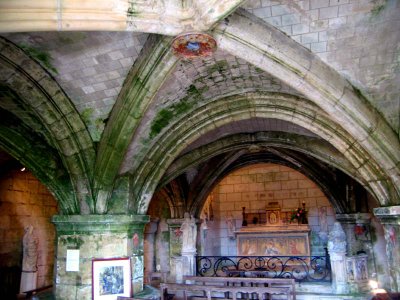 The underground chapel at Valmer 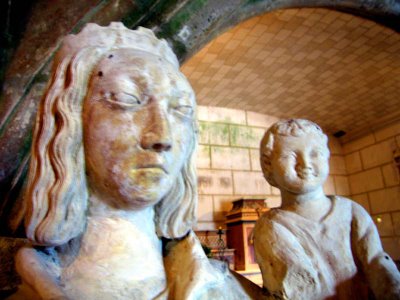 Madonna and child in the Valmer chapel 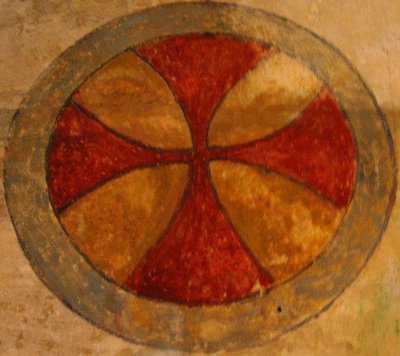 A motif painted on the walls of the Valmer chapel

The formal gardens and terraces remain intact at Valmer, even though the château is gone. 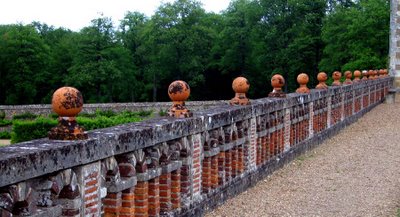 A brick and stone balustrade on the upper terrace 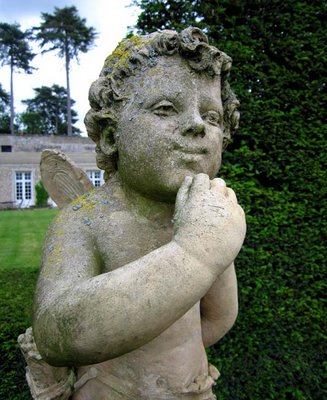 Statues like this one decorate the grounds and gardens 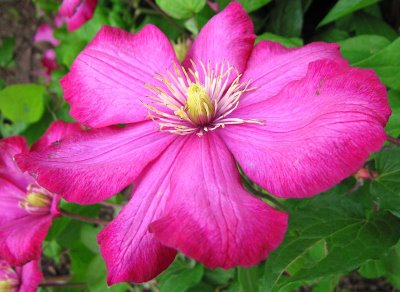 Decorative plants in the garden 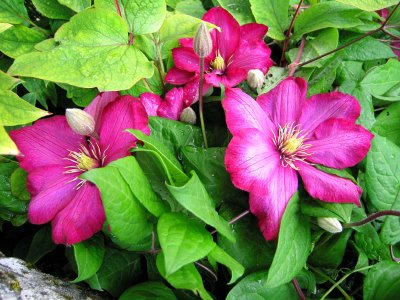 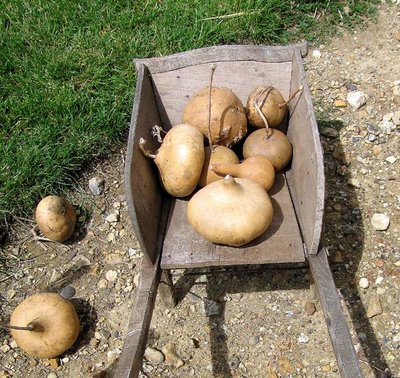 Outside the tasting room, a wooden wheelbarrow full of gourds from the gardens 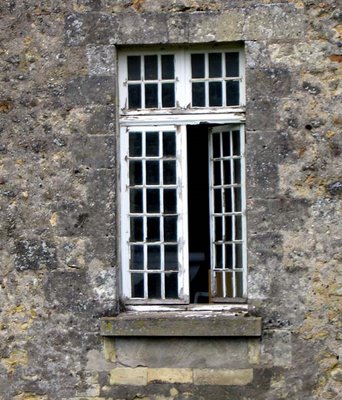