The River Walk at Chenonceau

Yesterday was one of those days when you expect it to rain any minute but it never really does. We wanted to get out and do something, but we weren't sure it was worth it to go too far from home. So we drove the 15 miles or so over to the château de Chenonceau to take a walk along the river. We've done this walk several times now, after discovering the path about a year ago. 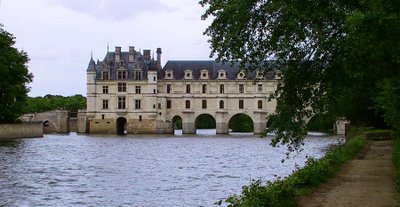 The château de Chenonceau spans the Cher river.
Chenonceau is one of the most recognizable buildings in France. The château as it exists today was built in the early 1500s and became the property of king François Ier. The foundations of an old water mill underpin the building, which spans the river Cher. 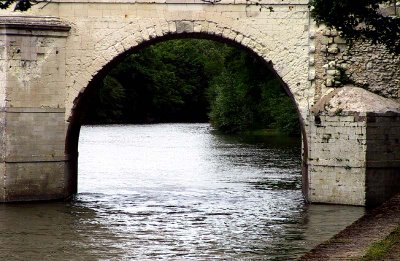 View through one of the arches under the château
If you want to visit the formal gardens and the interiors of the château, you have to go over to the village of Chenonceaux on the north bank, park in the big visitors' lot, stand in line (usually), and pay the admission fee. It is often very crowded, especially when the weather is decent. 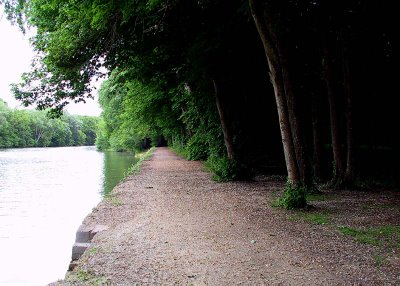 The path along the river on the south side of the Cher
If you just want to admire the château from the outside, you can park you car on the south bank of the river and walk up to and past the château without paying an entry fee. As you can see from my pictures, it's not crowded and the walk is very pleasant. 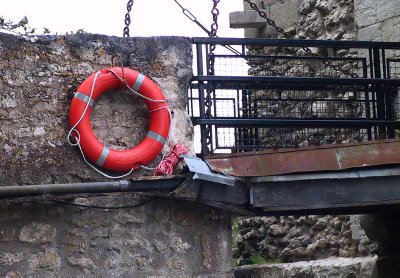 Bouée de sauvetage
Just in case you fall into the river as you are walking by or crossing the drawbridge, there's a life preserver provided. We didn't need it yesterday. We didn't get wet, not even by rain, despite the layers of gray clouds across the sky. 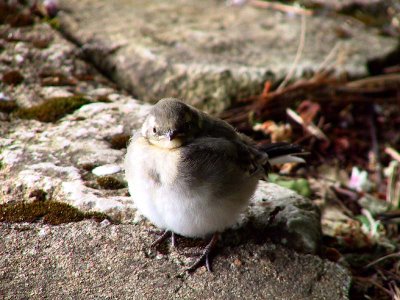 Juvenile wagtail
Our friend Cheryl spotted this baby bird on the path near the château. We took pictures, and we looked it up in our bird books when we got home. It seems to be a gray wagtail. Its parents were alarmed when we approached with our cameras, and they took off across the water, flying low and chirping in protest. They are gray with distinctive yellow markings. 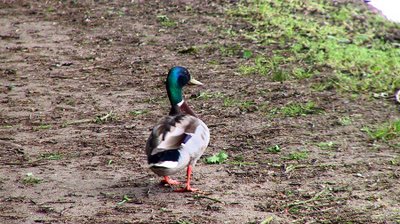 Le malard
A little farther along there was a mallard duck taking a stroll. He let us get pretty close but flew off up the river when he felt threatened. 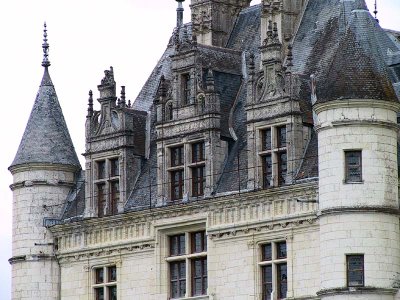 Detail of the château de Chenonceau
The walking path runs for a mile or more along the river and ends at a bridge. There's a campground just past there. As we walked one boat passed, headed downriver. 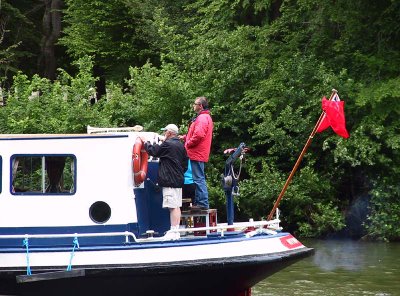 A boat on the Cher 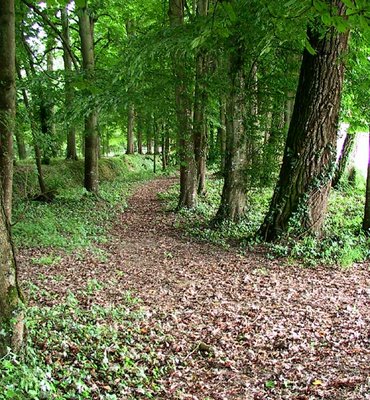 The path through the woods east of the château 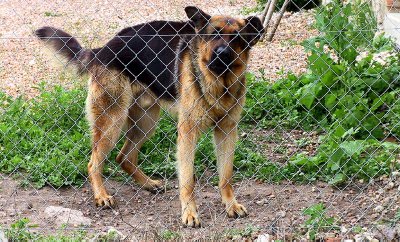 Guard dog
At the bridge there is a house guarded by a pretty fierce-looking dog. He did a good job of barking to keep us at a distance. 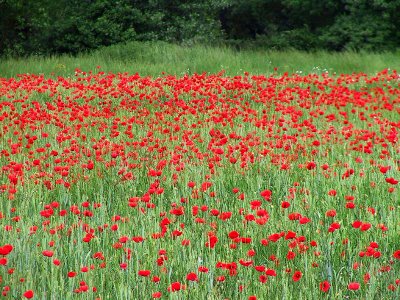 A field of poppies along the river
We crossed the bridge on foot to see what was on the other side. There we found a field of red poppies that was very photogenic. Just past the bridge, the north bank of the Cher is lined with weeping willows. 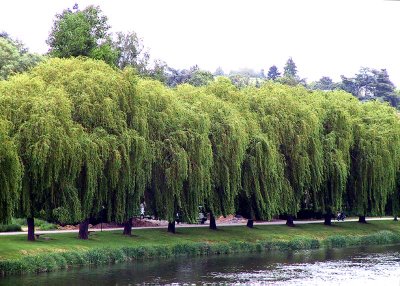 Weeping willows on the north bank of the Cher
From the bridge we could see another field of poppies up on the hill north of the river valley. There's a big oak tree in the middle of the field. 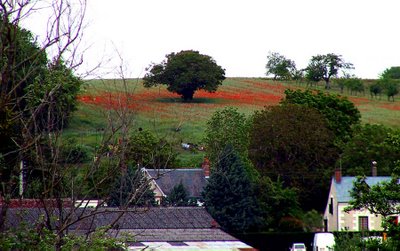