Yesterday we decided to go down to Montrésor, about 15 miles south of Saint-Aignan, to spend the afternoon walking around the village and touring the château. Montrésor is officially "l'un des plus beaux villages de France" -- one of the most beautiful villages in France. 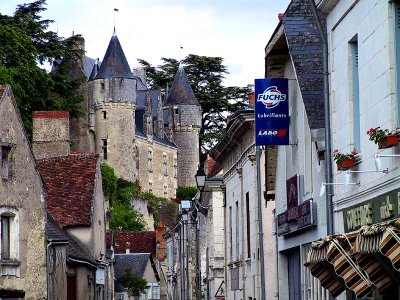 Le château de Montrésor seen from the streets of the village
The château grounds were full of flowers. I took many pictures, but I won't post them all here — with the exception of this example. 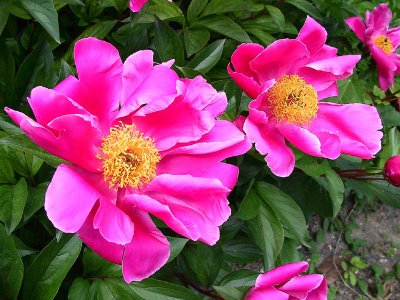 We paid the admission fee and wandered around the grounds and through the château. The weather turned out nice, even though showers and clouds were predicted. I enjoyed taking pictures outside, and I enjoyed seeing the inside of the château again. It was refurnished in the 19th century, when it was acquired by a Polish family.

Outside there are flowers and there are some big pieces of sculpture. Here are few pictures. 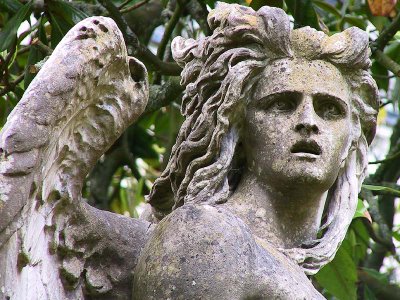 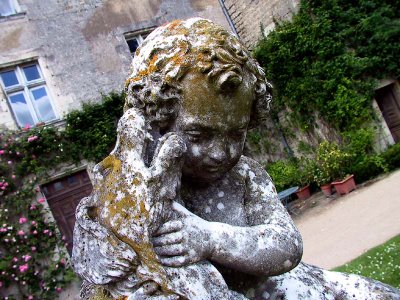 A boy and his dog 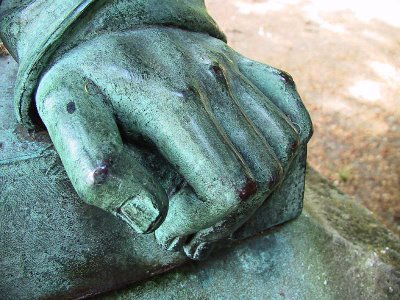 A bronze hand
The château sits on a big rock up above the village, so you have good views from up there. 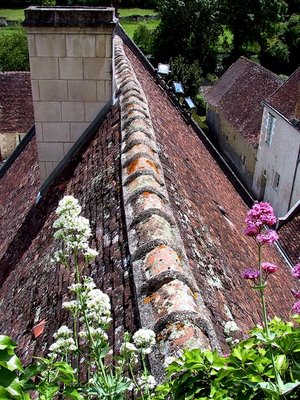 A rooftop from the château grounds 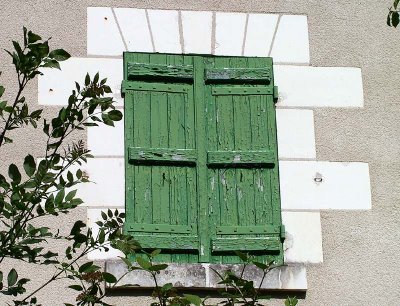 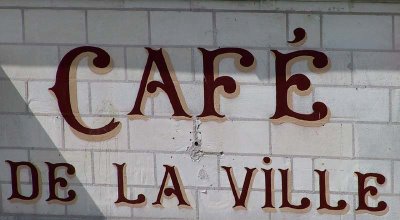 A sign painted on the wall of a building below the château
In Montrésor there is also a beautiful old church that is open to visitors. Here are a couple of pictures. 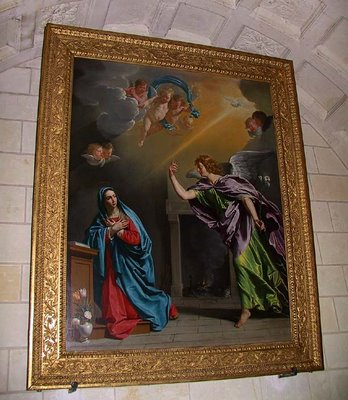 A painting in the church 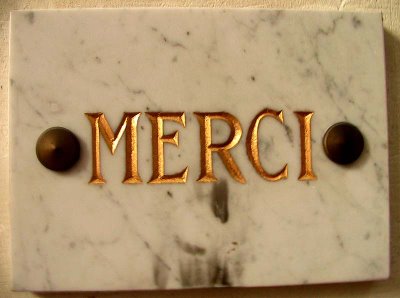 In the church at Montrésor
Below the château and through the village runs a little river called the Indrois. There's a walking trail along the Indrois from which you can get good views of the château, the church, the houses of the village, and some "wildlife". 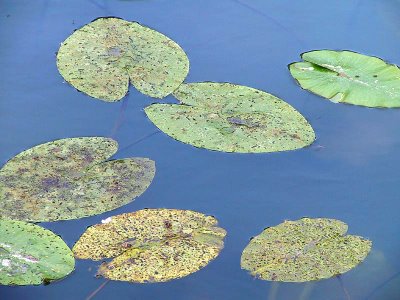 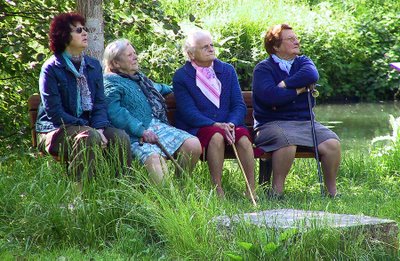 Some village residents watching birds near the river 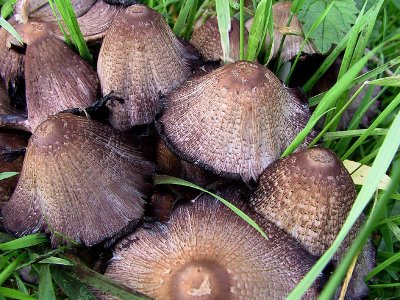 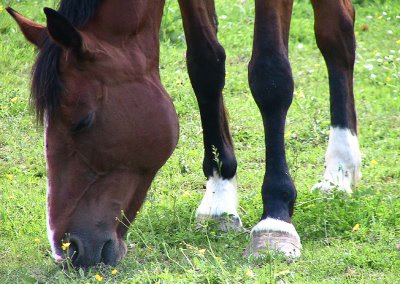 A horse grazing in a pasture south of the river...
where is the fourth leg?
When we left Montrésor, we drove east to the village of Villeloin-Coullangé and then a couple of miles south to the old priory of Grandmont-Villiers. The priory was founded in 1157 but abandoned in the 1700s. A few monks returned in the late 1970s and sill live there. They are slowly restoring the old buildings. 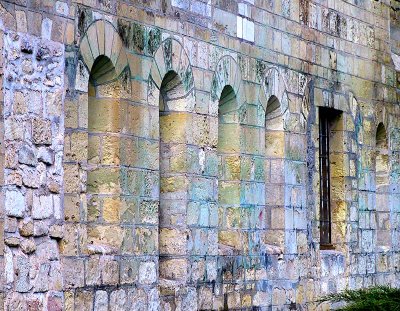 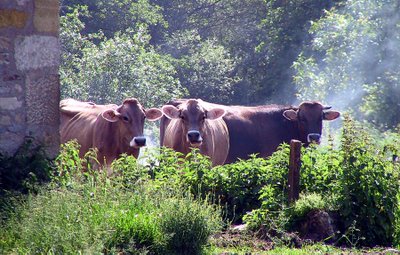 Cattle kept by the Grandmont monks
Near the village of Orbigny, just a few miles north, we saw this picturesque field of flax. 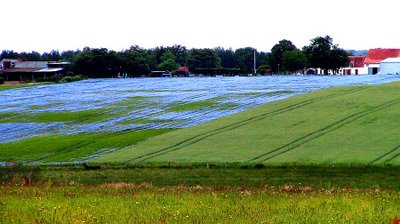