France is just full of amazing places. Rocamadour, for example. Not to mention Honfleur and the Mont-Saint-Michel in Normandy; the perched villages of Provence; and the châteaux in the Loire Valley. Paris! Plus hundreds of others. Well, here's another place to add to the list.

On the final day of our trip to the Dordogne, we left Sarlat early and made our way to another incredibly picturesque village, Collonges-la-Rouge. The whole place is built out of a locally quarried red stone, and many of the houses sport little round turrets. 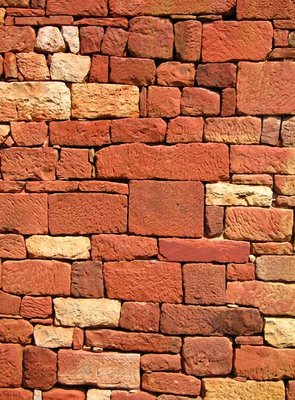 The stone Collonges is famous for 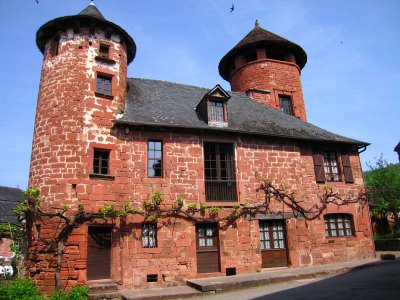 Red stone houses with round turrets in Collonges-la-Rouge

Walt and I had been to Collonges in 1995, and we wanted Sue to see it. The reason that Walt and I went there in '95 was that I had a travel poster picuring Collonges, and we wanted to see it for real. I got the poster back in the 1970s when I worked for the American association of French teachers in Illinois. The French tourist office gave us posters to distribute to teachers, and I kept a few for myself (I was teaching French in the U.S. back then). 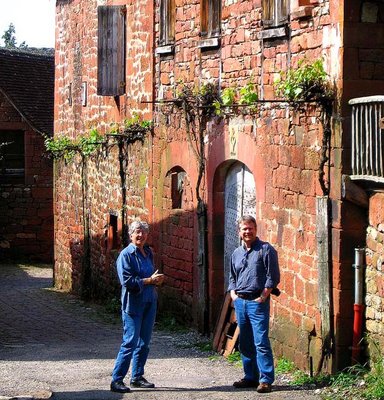 Sue and Walt in Collonges-la-Rouge

Anyway, Collonges is located 25 or 30 miles northeast of Sarlat, near the city called Brive-la-Gaillarde. Not too far away are other interesting villages: Turenne, built around a ruined château up on top of a steep, pointed hill; Martel, a fortified medieval town dating from the 7th century; and Bretenoux, a squared-off bastide town built in the late 1200s. 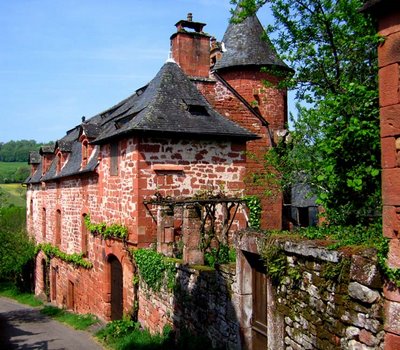 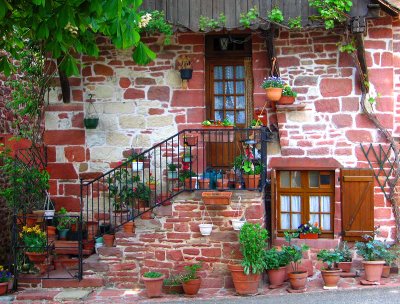 May 2 was a hot day, and we had driven an hour or more on little winding roads, sometimes in thick forest, to get there. At times we thought we were lost but we kept going and we found the way. It took longer that we thought it would, but then everything in France takes longer than you think it will. 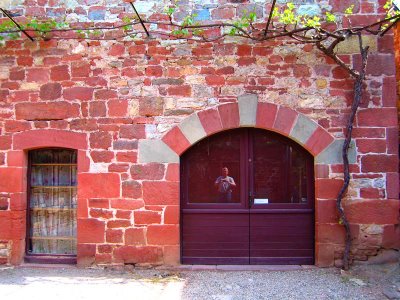 The three of us wandered the streets of the village for an hour or more, taking pictures, looking in shops, and enjoying the nice weather. Our plan had been to drive on to Brive-la-Gaillarde, a much bigger town, and look for a place to eat lunch. But at about noon we walked by a little restaurant that had 5 or 6 tables out on a patio that was at least partially shaded by walls, umbrellas, and plants. The menu looked good, and there were some free tables, so we decided to sit down. Then we wouldn't have to stop in Brive; we could just drive on through and head on north. 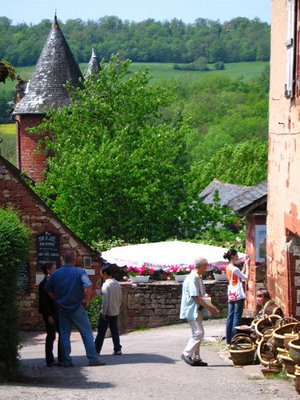 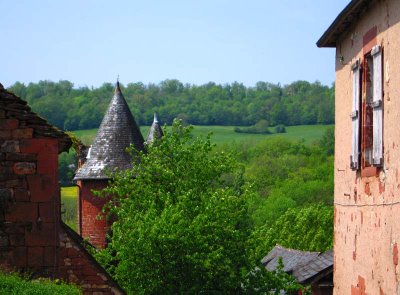 Walt and I had a bavette (flank steak) with stewed shallots and some French fries and salad. Sue had a galette (buckwheat pancake) stuffed with ham, egg, and cheese. We had some Bergerac wine and a cup of coffee to finish the meal. Perfect. 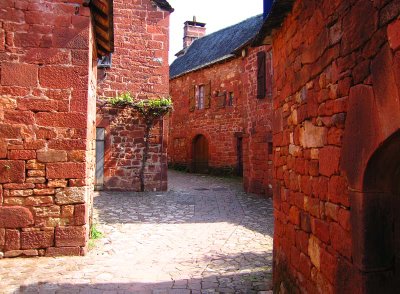 The streets of Collonges 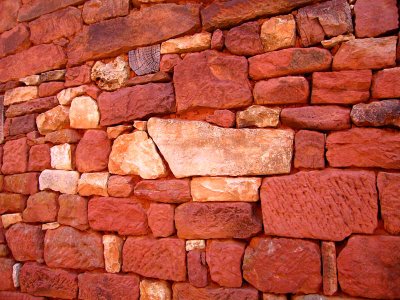 More of the typical red stone


The Michelin guide says Collonges grew up in the 8th century around a church and priory. In the 16th century (imagine, 800 years later) it became popular with officials of the neighboring County of Touraine, which was in political and economic ascendency, as a vacation spot. They had the fancy houses, towers, and turrets built for their stays in the country. 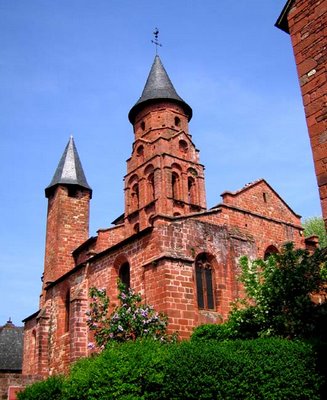 The Romanesque church in Collanges

The church in these pictures was built in the 12th and 13th centuries, according to Michelin. I enjoyed spending some time inside the building, which was cool and dark compared to the warm sunny weather outside. 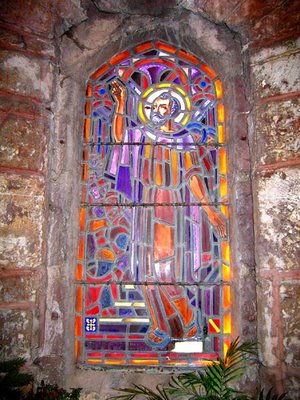 A window in the church at Collonges 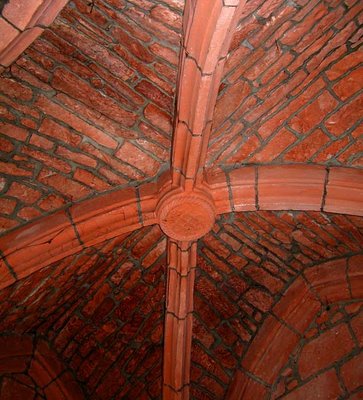 Vaulted ceilings in the church at Collonges