As I was sitting at the computer writing this post this morning, I heard one of the Télématin hosts say that today is January 25. The photos you see here are some that I took on January 25, 2004. We had escaped to Vendôme and nearby villages for a day-long excursion after being housebound by harsh weather for two or three weeks. 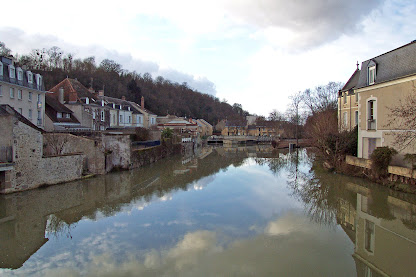 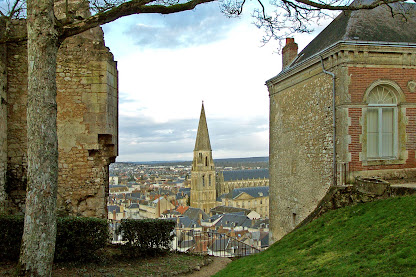 Vendôme is a big town (pop. 22,500 or so) located in the northern part of the départment we live in, Le Loir-et-Cher. It's on the Loir river, and 40 miles to the south Saint-Aignan is on the Cher river. Vendôme has a TGV station for quick trips to Paris. Saint-Aignan doesn't have a TGV station. 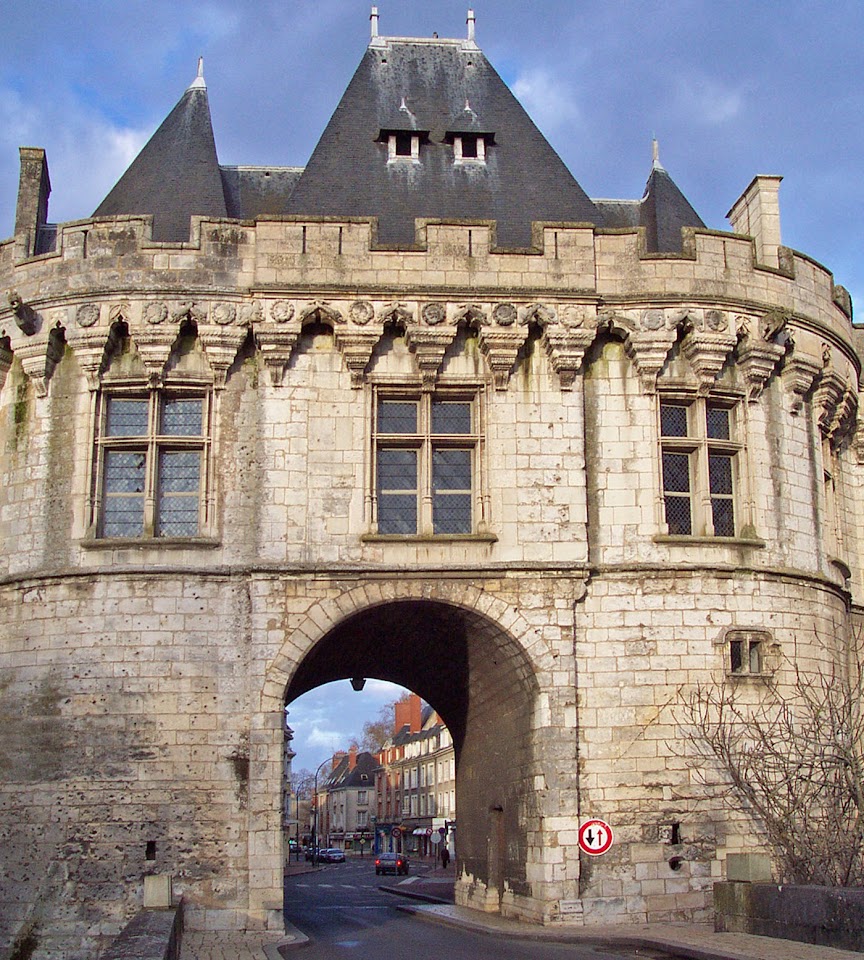 The Michelin Guide describes Vendôme as a petit Venise aux charmes secrets. Grapes are grown and wines are made in the surrounding countryside.The town itself is the site of the ruins of an old château as well as an impressive abbey church. On a nice day, such as the one on which I took these photos, Vendôme is a beautiful spot for a long stroll. 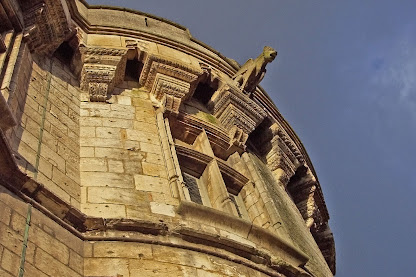 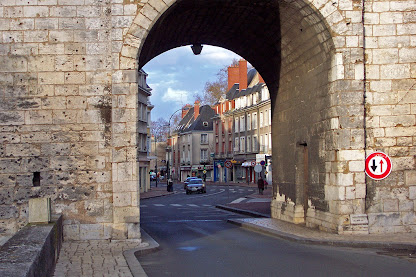 I mentioned my computer. I'm still using the old one. The new one is getting its battery charged at this hour. I hope it will soon replace the old laptop. But — guess what — there is not the slightest sign of screen flicker this morning!