I think we are in a rut, but it's a happy rut. We seem to have pretty much the exact same Christmas dinner every year. I guess everybody does. Oh, sometimes it's a turkey, sometimes it's a chicken capon, and sometimes it's a Guinea hen — or a Guinea fowl capon, as it was yesterday. Then it's cranberry sauce, Brussels sprouts, winter squash puree, and a stuffing or dressing of some kind. I also think our table was really overloaded yesterday. Here it is: 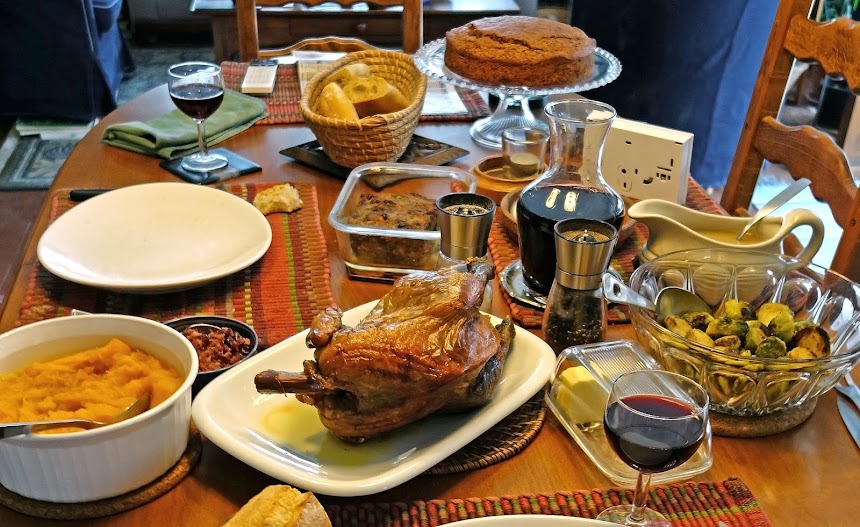 In the background, on the cake stand, you can see the applesauce cake Walt made yesterday morning, with pecans. 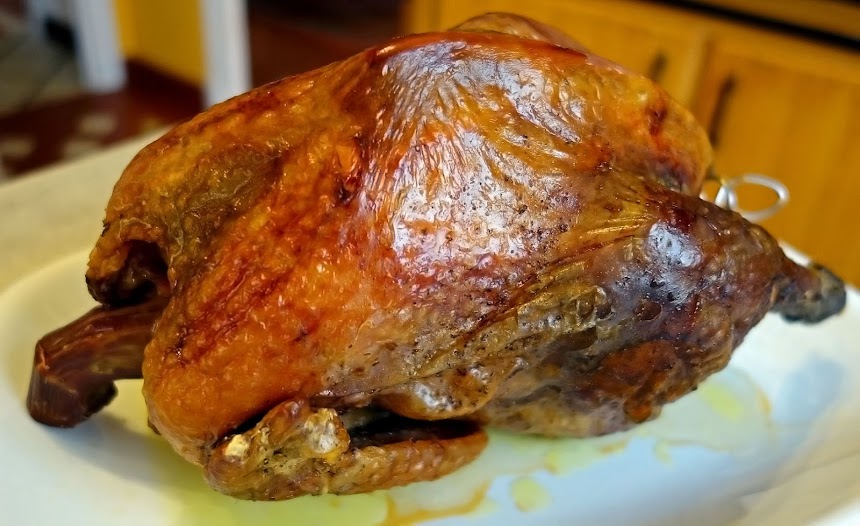 Here's how the chapon de pintade — a Guinea fowl capon, which is a specially fattened bird. I didn't oil or butter the skin at all; it had enough fat under it to keep the meat moist. I didn't stuff the bird except for putting a shallot, a garlic clove, and a cut-up celery stalk inside. 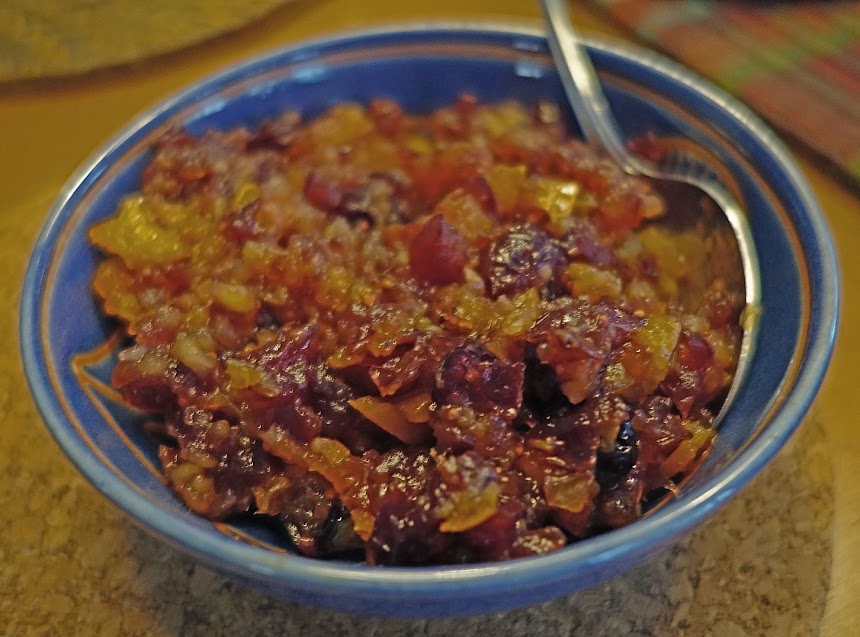 This is the cranberry sauce Walt makes with dried cranberries and orange peel — it's sweet and tart at the same time. 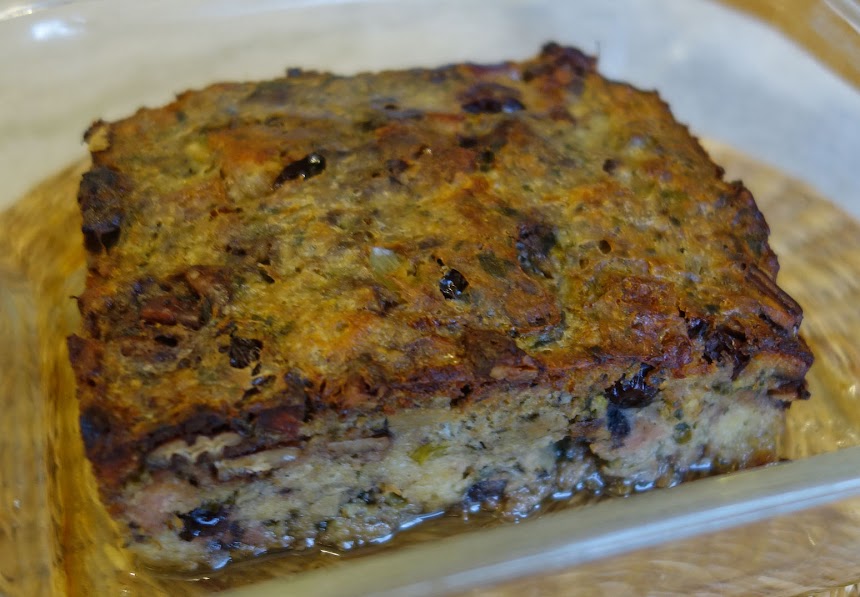 This is a dressing, which is a stuffing that is cooked separately from the bird rather than inside it. It's made with sausage meat, duck liver plus the liver of the capon, cubes bread, shallot, onion, garlic, pecans, and dried cranberries "rehydrated" in cognac. It's a kind of terrine that's served warm... 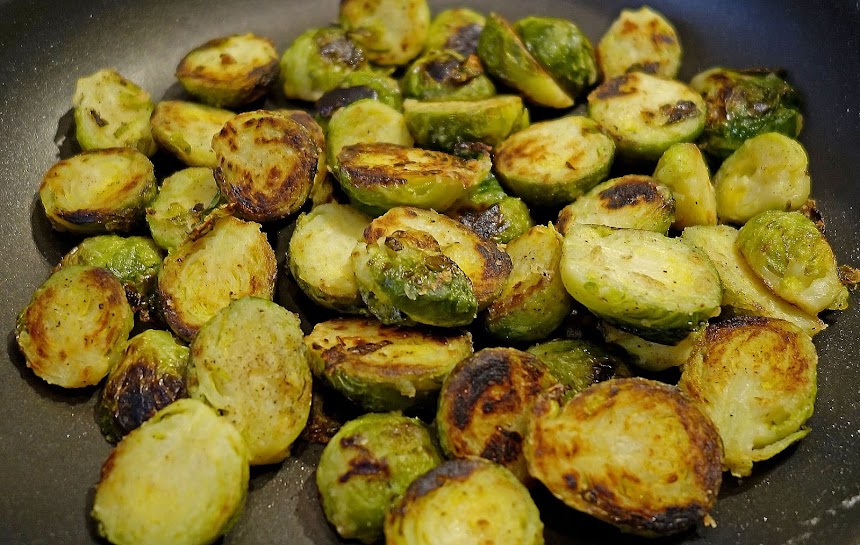 And last but not least — we both love them —Brussels sprouts trimmed and then steamed, cut in half, and sautéed in butter with a little bit of flour sprinkled on them to give them a crunchy crust. Pan-roasted, I guess you could call them.
Posted by Ken Broadhurst at 06:15