More about the Arts-et-Métiers neighborhood

Today is cheese fondue day at our house. It's another tradition that goes back to when we lived in San Francisco. Maybe I'll take some pictures. Making a dish like fondue, which you don't tend to prepare very often, into something like a Christmas eve tradition means it doesn't get lost in the mealtime shuffle. It ensures you will have it at least once a year. We have three cheeses for the fondue (c'est une fondue savoyarde en français): Beaufort, Abondance, and Comté. All are examples of what we just call Swiss cheese in America. Meanwhile, here are some more photos I took in the neighborhood around the Musée des Arts et Métiers ("arts and trades") in the 3rd arrondissement of Paris. 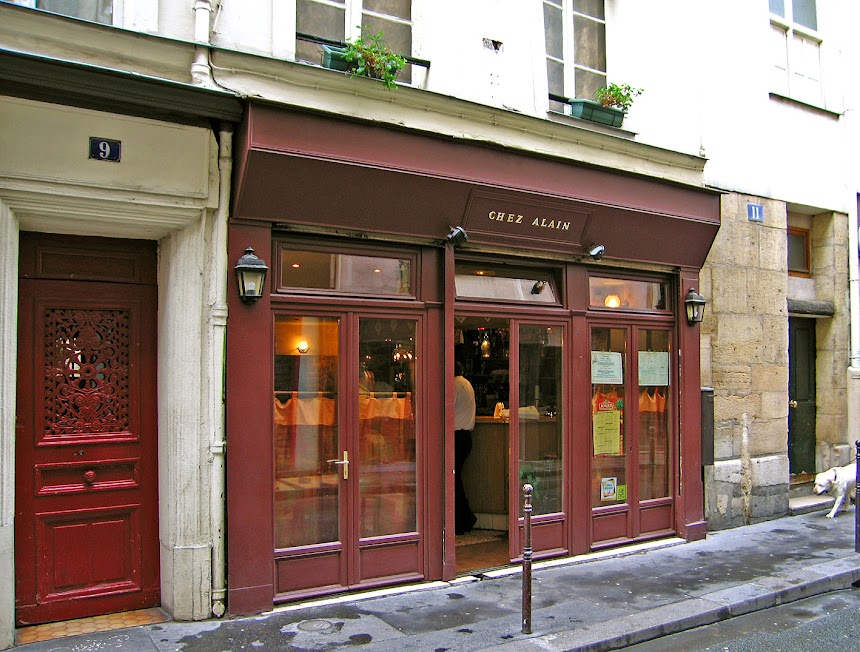 This is one restaurant on the rue du Vertbois ("greenwood") that I wanted to try but didn't get around to it. It's a place that specializes in Moroccan couscous. We make our own version of that, and there's a couscous restaurant in CHM's neighborhood where we've had good lunches many times. Here's a link to Alain's menu. 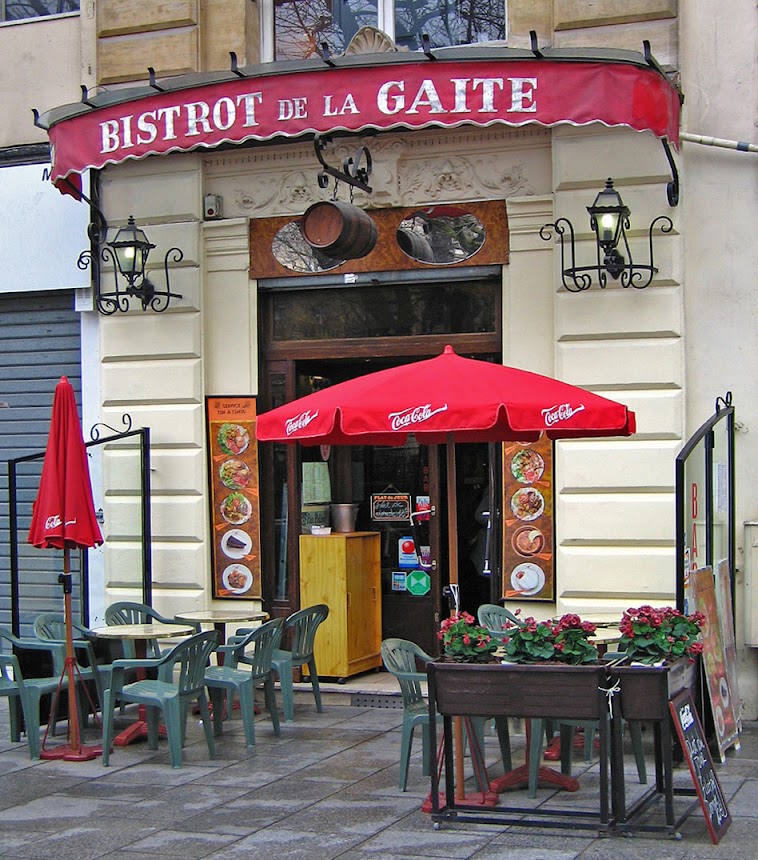 I also wouldn't have minded trying the nearby Bistro de la Gaîté. It serves both French and Italian specialties, including pasta dishes and salades composées. Here's a menu. 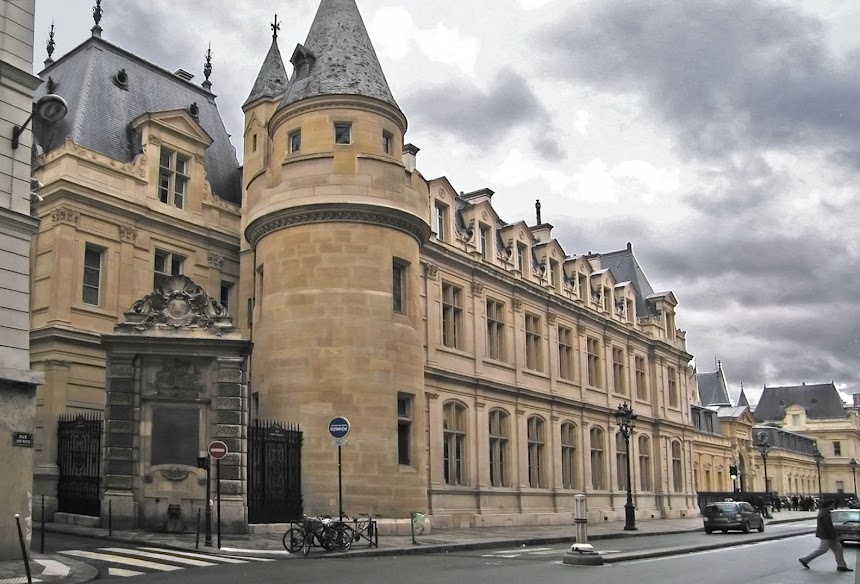 Above is the corner of the rue du Vertbois and the rue St-Martin, just steps from where our studio apartment was located. This is the Musée des Arts et Métiers. That corner tower dates back to the 13th century, according to a book I have (Connaissance du Vieux Paris by Jacques Hillairet, 1951). He writes that the rue du Vertbois was built in the 16th century and was probably named after a patch of leafy woods that used to stand there and belonged to the nearby Saint-Martin-des-Champs priory (church), dating back to the 12th century. He says that all the houses along the even-numbered side of the street are very old. 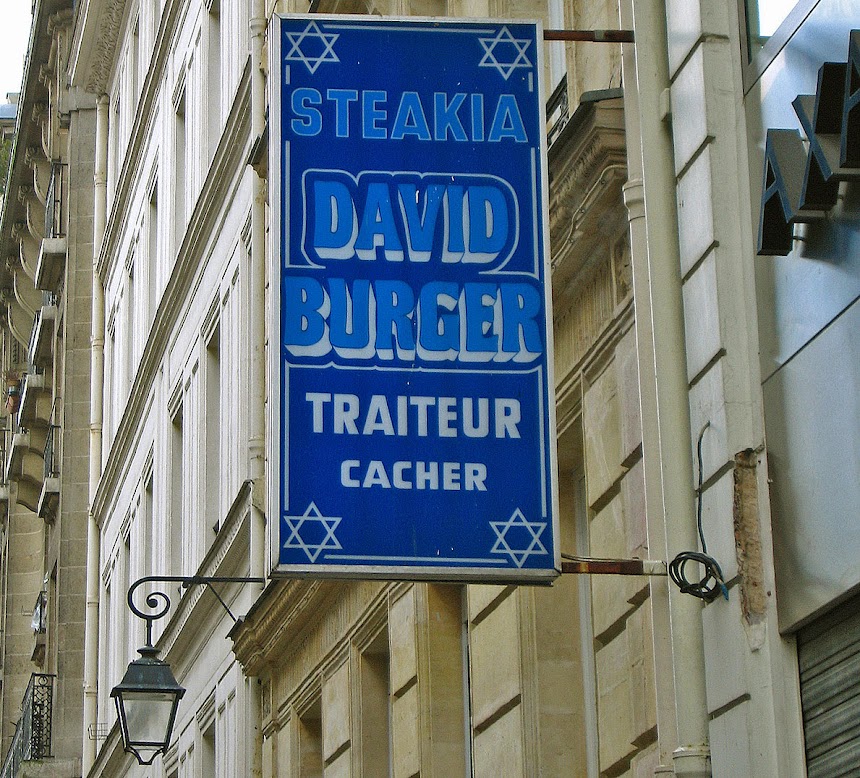 This neighborhood, called the Quartier des Arts-et-Métiers, is not very green any more. It's less than one-third of a square kilometer of territory (about 77 acres) is home to nearly ten thousand residents. That would work out to about 79,000 people per square mile, a density that is about 50% higher than the density of the city of Paris overall (if my calculations are reliable). Anyway, it's a pretty crowded and diverse neighborhood. The sign above is for a kosher caterer. 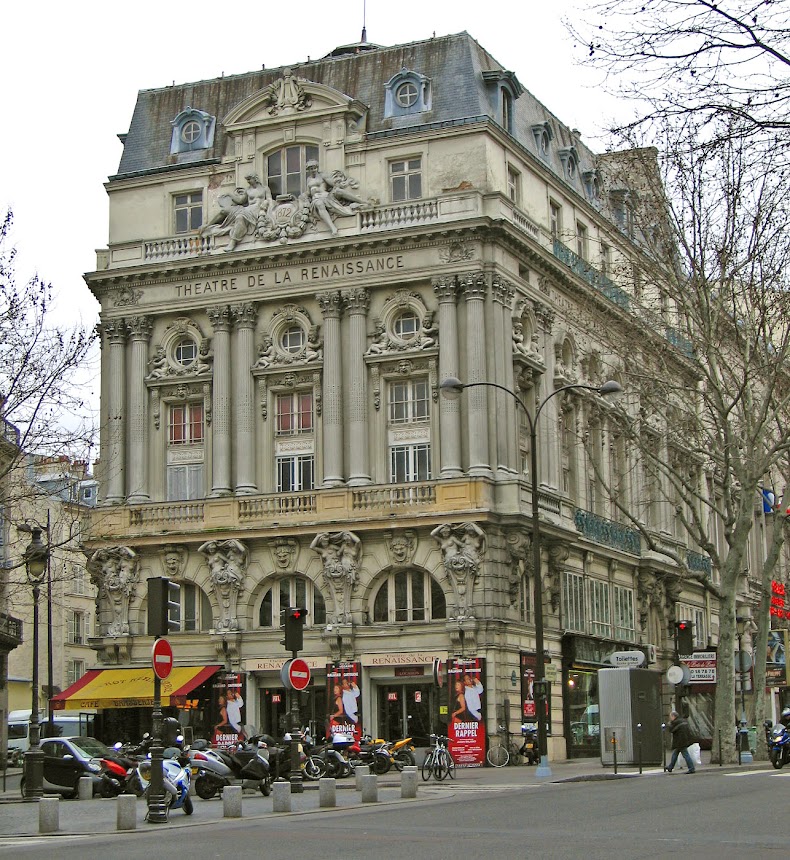 At the intersection of the rue St-Martin and the boulevard St-Martin just a few blocks up the street from the Musée des Arts et Métiers, facing the triumphal arch called the Porte St-Martin, is the Théâtre de la Renaissance, which I don't think I had ever heard of before. Apparently, there are about 150 theaters in Paris. The building dates back to about 1875 and the theater seats an audience of 650. Sarah Bernhardt ran it in the 1890s. The theater specializes in comedies and comics these days.
Posted by Ken Broadhurst at 06:45