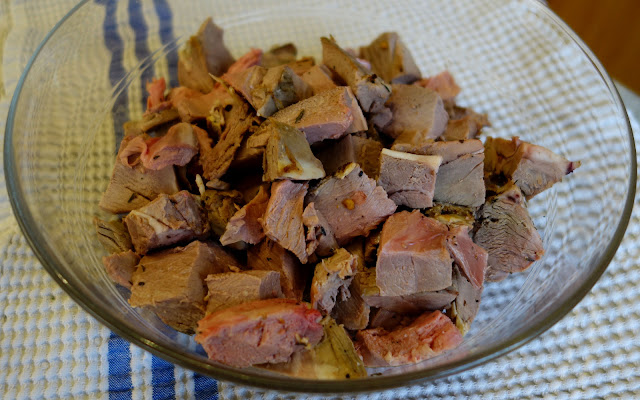 ...will be lunch tomorrow. We already enjoyed part of it on Sunday. To turn the rest of our Thanksgiving lamb into a curry, first I had to take the remaining meat off the leg bones and cut it into cubes. It turned out that there was about 750 grams — 1½ lbs. — of lean meat left after I trimmed away most of the fat and skin. 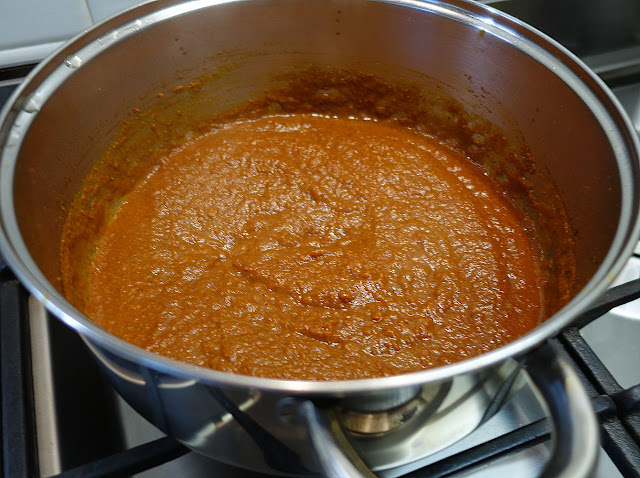 Here's one way to make the curry. First, slice up a couple of onions and sauté the slices in vegetable oil until the onion starts to turn a golden brown color. At that point, take it out of the pan and let it cool. Then puree the onion using a blender or stick blender.

During that time, peel and slice a couple of garlic cloves and a couple of pieces of ginger root. Put those in a blender (or a container you can use a slick blender in) and add about half to three-quarters of a cup (120 to 180 milliliters) of tomato paste. Puree that mixture thoroughly as well. 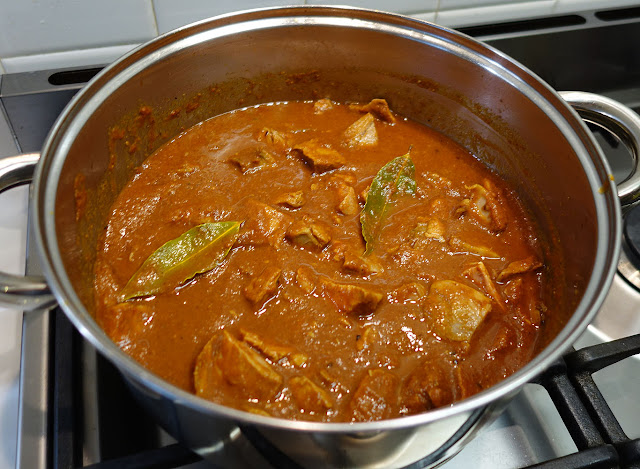 Put the onion puree back in the pan and let it brown a little more. Then add the tomato mixture and the curry spices to your taste — a few tablespoons of garam massala along with some hot curry powder. Taste the mixture and season it with other spices as you like it (don't forget salt and pepper). I added in a couple of bay leaves.


When the curry "gravy" is tasty, add in the lamb or other meat or vegetables (I used potatoes) and let it cook until the meat is tender — an hour or so. Add water to the gravy as needed to make it as thick or thin as you want. 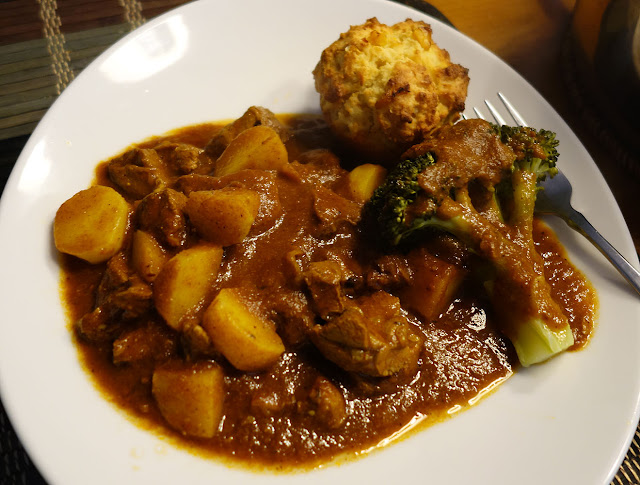 Since we had potatoes in the curry, we didn't eat it with rice on Sunday. We did have some of the gravy spooned over steamed broccoli alongside the lamb and potatoes. That's a corn muffin on the plate too. Tomorrow, we'll serve up the rest of the curry with some steamed rice.
Posted by Ken Broadhurst at 06:15