Rouille in French means "rust" — it's pronounced [ROO-yuh], with the French uvular (back-of-throat) R of course. It's really just one syllable, but with that tiny, short [yuh] glide at the end. The OO vowel is much rounder than any OO sound we have in English. You really have to pucker your lips to say it right.


Anyway, this post isn't about rust. It's about a sauce called rouille that people in the south of France serve with fish soup — either soupe de poissons or bouillabaisse [boo-yah-BESS]. Rouille is essentially an aïoli [eye-yo-LEE] sauce with hot pepper puree or powder stirred into it to give it a rusty color. And aïoli is basically a mayonnaise with a lot of garlic in it — at least one version is like that. Mayonnaise is a raw egg or egg yolk with vegetable or olive oil beaten into it to make a thick emulsion. 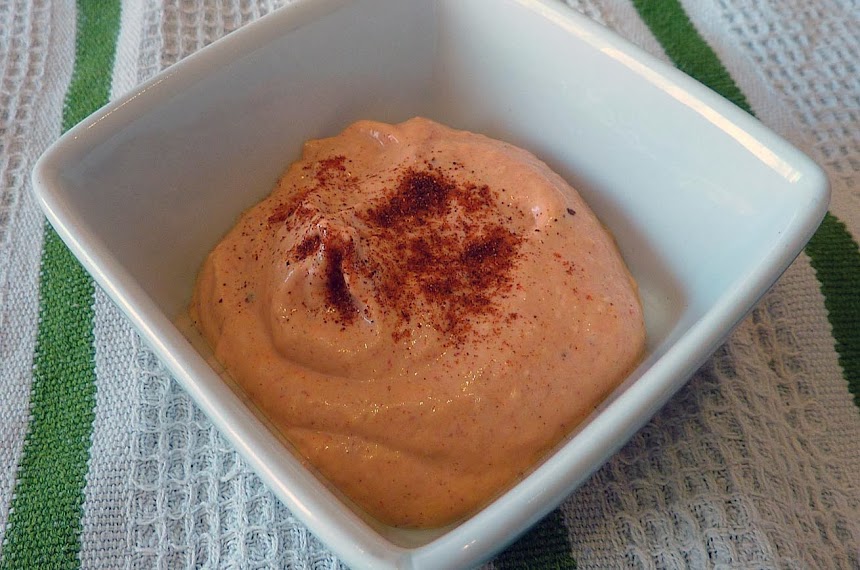 The easiest mayonnaise in the world to make is one using a whole egg, a cup of oil, and a stick blender. I've never seen it fail. Break an egg into a high-sided bowl — I use a tall, flat-bottomed glass pitcher — and put in a teaspoonful of Dijon mustard (or a good pinch of mustard powder) with some salt and pepper. Then pour in a cup of oil — I like to use half olive oil and half canola or sunflower oil — and mix it all up with a stick blender. Using a tall pitcher keeps it from going all over the room.


To turn the mayonnaise into aïoli (ail means garlic and is pronounced [EYE-yuh]) you just drop in three or four peeled garlic cloves as you blend the egg, mustard, and oil together. Or press the garlic into the finished mayonnaise. Finally, to turn that into rouille you add in a teaspoon or tablespoon of hot red pepper paste or powder, to taste. If you want a redder color, mix in a little bit of tomato paste. 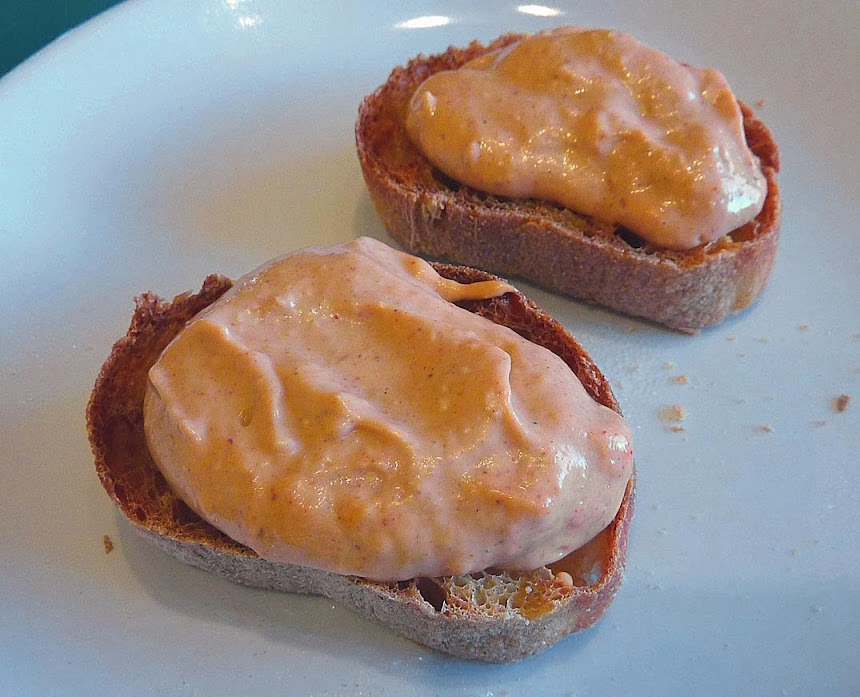 Other ways to make rouille leave out the egg and use either bread crumbs or a pureed cooked potato as the thickener with oil, garlic, and red pepper paste or powder. I've never tried those. The whole-egg mayonnaise is just too easy to make. Juilia Child's MTAOFC has a recipe for the potato version*.


One way to serve with rouille when you're having fish soup is slather the rust-red mayonnaise on slices of toasted baguette and then float them on the surface of the soup when you serve it in big bowls at the table. The bread of course starts to go soggy and the rouille sauce ends up gradually mixed into the soup. The garlic and the hot pepper really perk the soup up, as you can imagine.


As a crowning touch, sprinkle some grated parmesan or swiss cheese (Gruyère, Comté, Beaufort, or Emmenthal, for example) over the rouille "rafts" and onto the surface of the soup. Eat it all with a big spoon while it's hot.

*Here is Julia Child's recipe for the potato-thickened rouille: 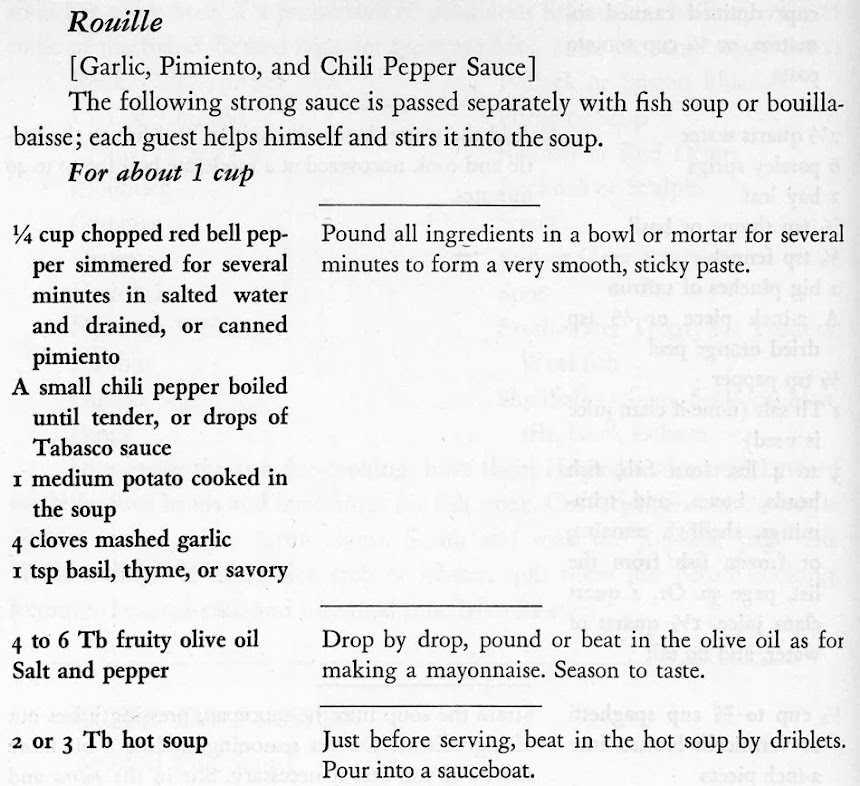