That is a famous song, of course. Edith Piaf wrote the words and made the song world-famous. She might have been talking about the December sky at dawn in the Loire Valley. 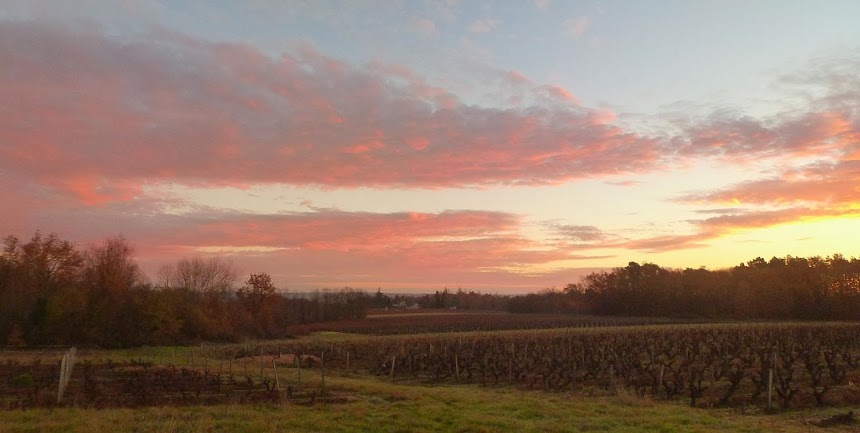 Quand il me prend dans ses bras, et me parle tout bas, je vois la vie en rose...
That's our house in approximately the middle of the photo above. Below is a view farther out in the vineyard looking pretty much northwest. 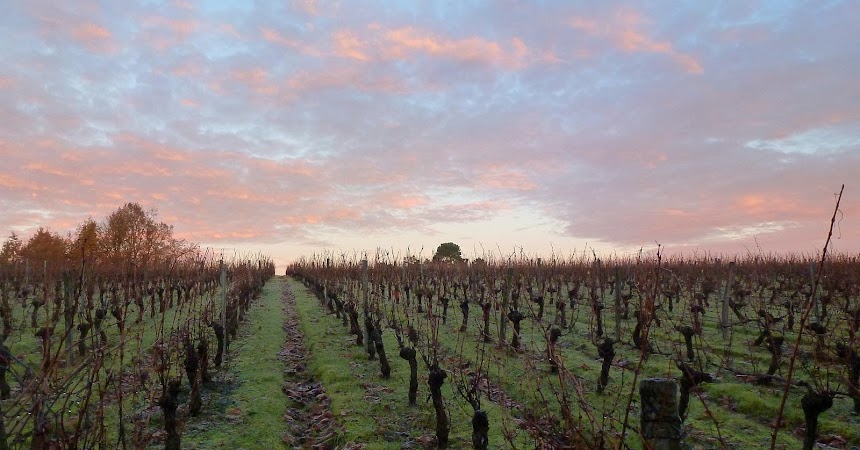 I'm not trying to imply that la vie en rose — la belle vie — is what we live here, but life here ain't half bad. Even in wintertime there are beautiful moments. 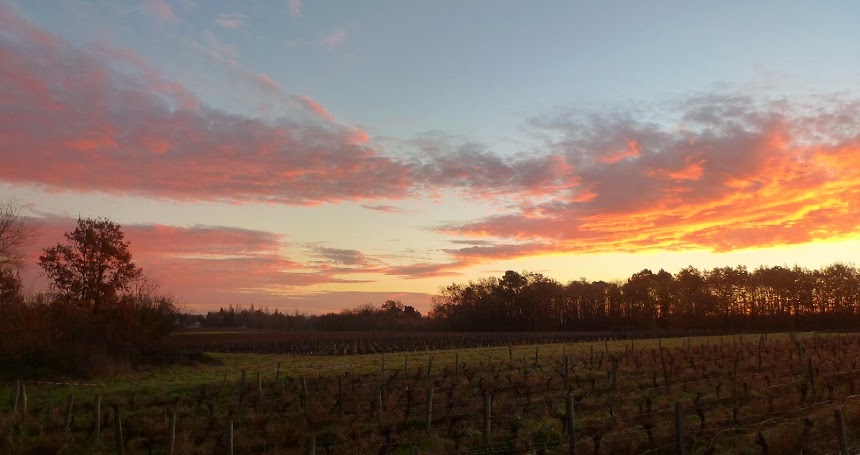 Meanwhile, our long tall laurel hedge has been trimmed one more time. This time we had a professional gardening crew in to do the job, so you won't see progress reports and photos day after day on the blogs. You've seen all those posts in the past if you've been reading my blog and Walt's for a few years. 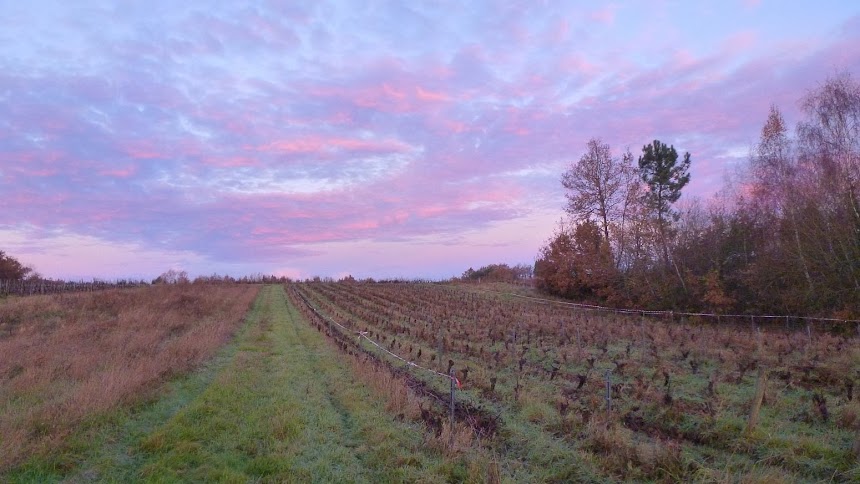 Yesterday I had a conversation with an American woman who works as a notaire — a French-government-licensed contracts lawyer — about end-of-life issues in France. I wanted to know whether the two spouses in a childless French or foreign marriage, living in and owning property in France at the time of their death, need to have last wills and testaments to define inheritance issues, or whether one spouse automatically inherits their property when the other one dies. French family inheritance laws are very different from our laws in the Anglo-Saxon world.
I already knew that the children of one or both spouses in any marriage have a right to inherit a certain share of the property their parents leave behind. The surviving spouse usually gets a lifetime right to stay in the family home. Children can't be disinherited, and they actually inherit their parents' property and become the owners. What I didn't know was that the parents of two spouses also have a right to a certain portion of the property when their adult child dies. The American notaire said it would be prudent for the two spouses to draw up their wills, with the help and advice of a local notaire, and to be explicit about their final wishes and instructions. I need to do more research on the issue.
Posted by Ken Broadhurst at 07:32