My kale crop is growing beautifully. Kale is all the rage in France these days — at least among a small crowd of foodies in Paris. It's not something I had ever eaten before 2013, but I'm enjoying growing, cooking, and serving it. In French, it seems to be called chou frisé, or curly cabbage, and to be precise, chou frisé non-pommé — curly cabbage that doesn't form a head.

I have about a dozen plants. Some, in one plot, have been almost entirely eaten by slugs, snails, and or caterpillars. I'm hoping that the plants will recover now that it's cold enough to keep such pests away. In the other plot where I have kale and collard greens planted, the leaves are a lot prettier. 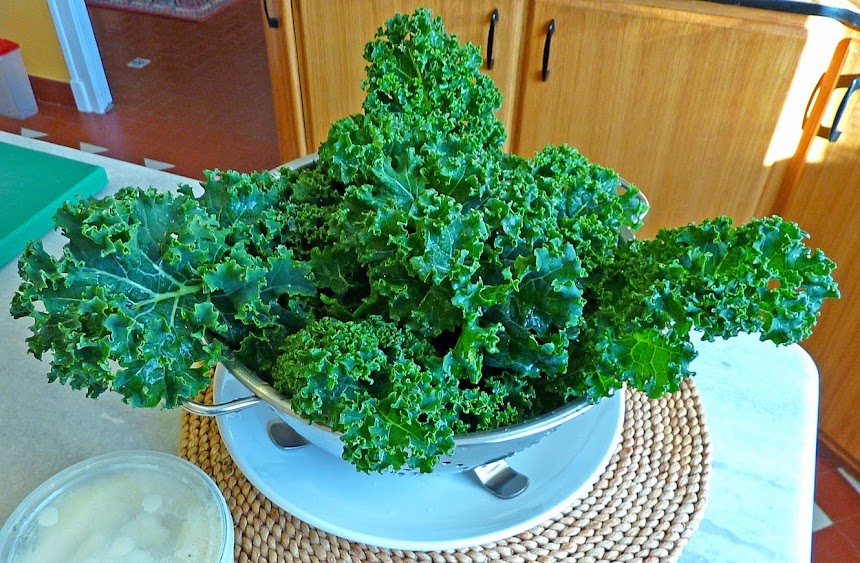 Yesterday morning I went out and cut a dozen or more leaves to cook for lunch. The leaves were frozen solid! I didn't pick more than 10% of what I could have picked. If the weather doesn't get a lot colder than it is right now, the greens will do just fine. I've kept collard greens in the ground all winter here in past years, and enjoyed harvesting and eating them well into the spring. 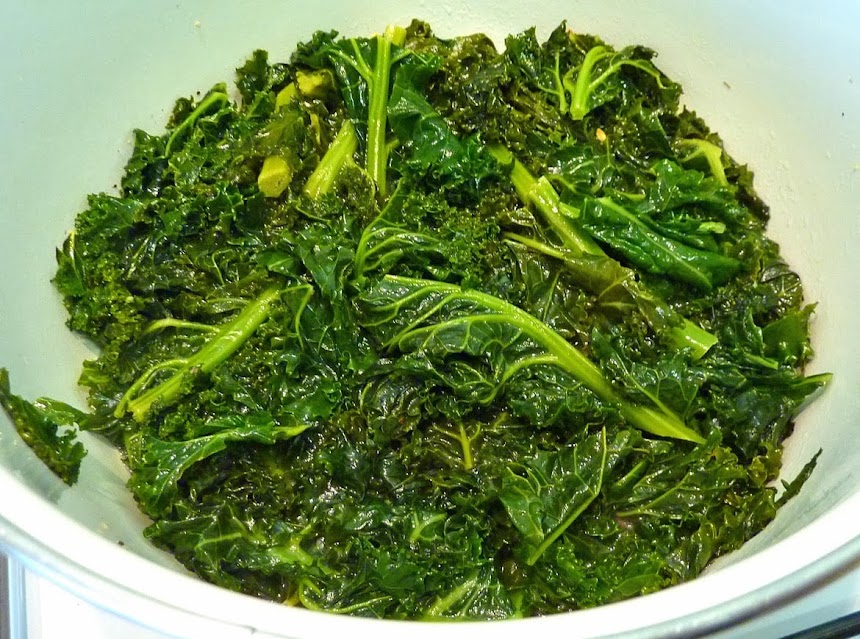 I washed the raw, cut kale leaves thoroughly in cold water. It thought they might end up really wilted because they were so frozen, but as you can see from the pictures up above, they were still fresh and crisp. In the picture immediately above, you can see the kale leaves after I cooked them — in duck fat, a little duck broth/gelatin, and some white wine, with salt, black pepper, and crushed hot red pepper flakes. The kale greens were delicious, and not bitter at all. 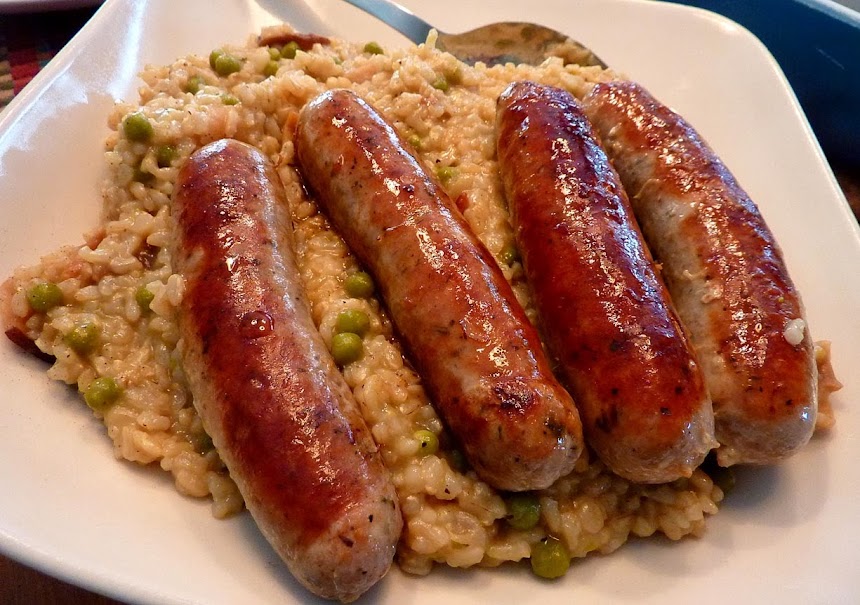 What we had with them was a kind of faux risotto made with brown rice — in this case, riz complet de Camargue from southern France. I cooked it in chicken broth and added some dried shitake mushrooms to the mix. I didn't know how much it would resemble a risotto, because I didn't cook it by the risotto method. I put some leftover green peas in at the end of the cooking time. Oh, and those are saucisses de Toulouse (plain pork sausages) that I cooked separately by poaching them in water and then browning them in a skillet. 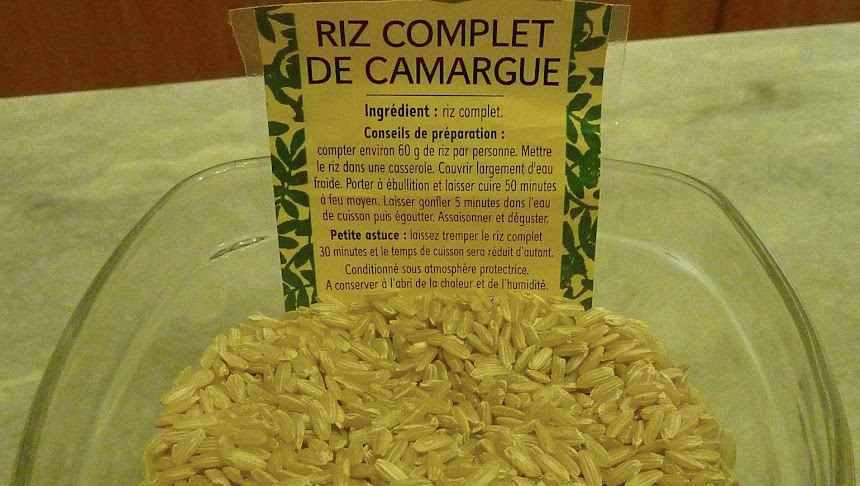 Speaking of cooking time, the rice simmered for at least an hour before I thought it was ready to eat. It was creamy with the slightest crunch at that point. I followed the package instructions — I soaked the rice in cold water for 30 or even 45 minutes before I put it on to cook. That didn't really shorten the cooking time, as far as I can tell. And when it was ready, I didn't have to drain it because almost all of the liquid had been absorbed. I have to get some more of the Camargue rice, which I think I found at the Grand Frais store near Blois.
Posted by Ken Broadhurst at 07:45