When I lived in France in the 1970s and '80s, nobody sold or cooked winter squash. (A winter squash is called « une courge » in French, and calling somebody a courge is like calling sombody a dummy.) I don't remember ever seeing butternut or acorn squashes in the markets or supermarkets. It was the same with pumpkins. Back then, people in Paris didn't believe in mixing sweet and salty foods on the same plate. 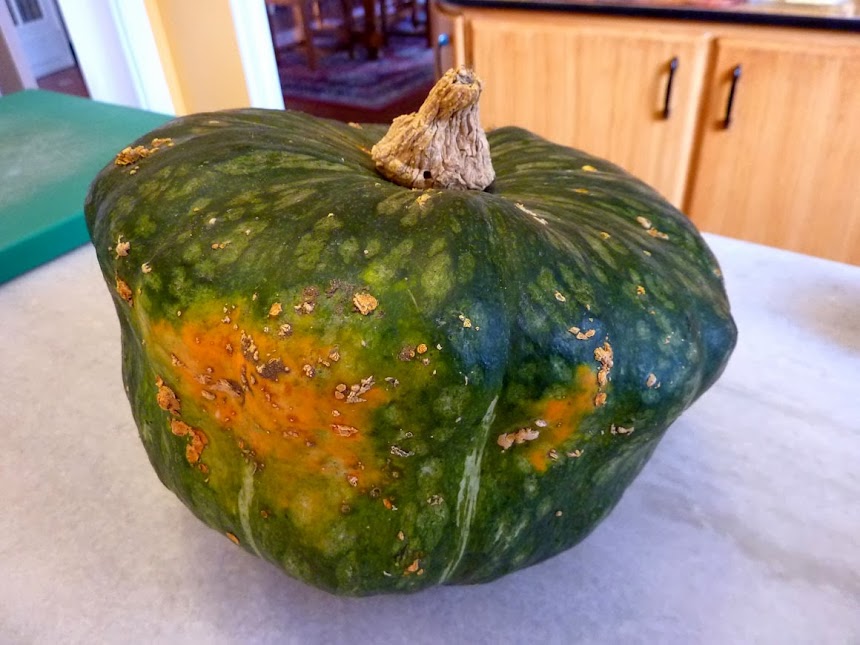 This is a buttercup squash — une courge buttercup — from our 2013 garden.


It turns out that was an urban view of the world. Out here in the country, people definitely ate them. So much so, it seems, some people viewed them as they viewed rutabagas: they were feed for animals that people had been forced to eat during hard times in the 1930s and '40s. They were not esteemed or valued. Our neighbors across the road, in their 80s now, find pumpkin and winter squash just repulsive. 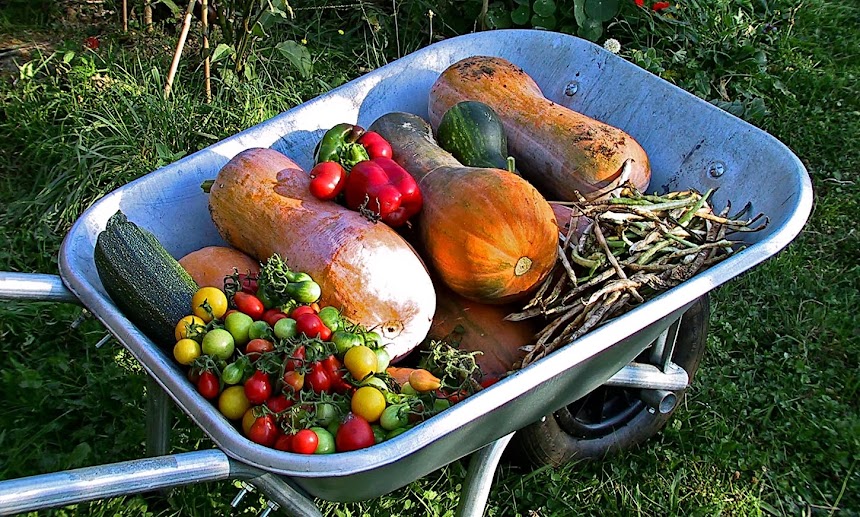 In 2005 we grew a lot of these big sucrine du Berry squashes.


However, early on in Saint-Aignan, ten years ago, a woman we had met in the village gave us some seeds from a winter squash called a « sucrine du Berry » — sucrine obviously refers to sugar, and the Berry is the old province just to the south and east of Saint-Aignan, centered on the city of Bourges. We grew them and they were to us a kind of butternut squash, but bigger, and just as delicious. 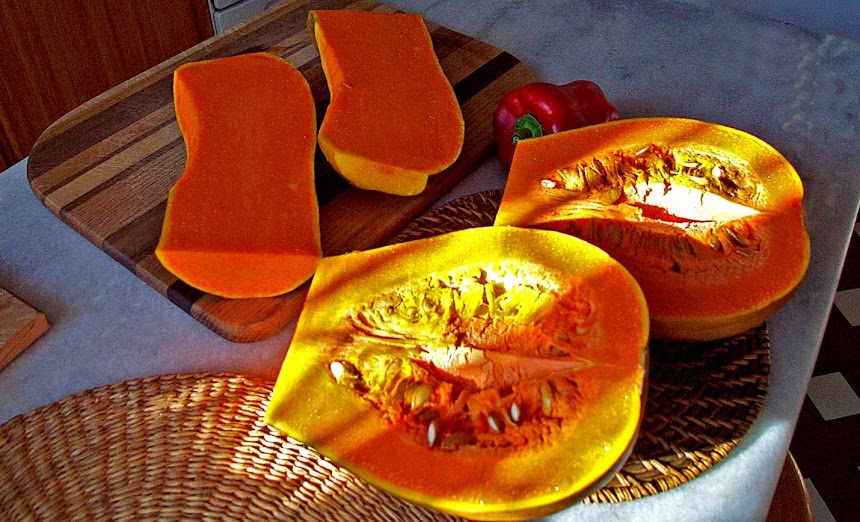 A sucrine du Berry squash sliced open — all the seeds are in the bulbous bottom.


We've also grown pumpkins of two or three different kinds — potirons, citrouilles, potimarrons — with great success. The only time I had ever eaten pumpkin in France before we moved to Saint-Aignan in 2003 (and I lived in France for 7 or 8 years before coming to live here) was once in the late '70s on a trip out into the country. 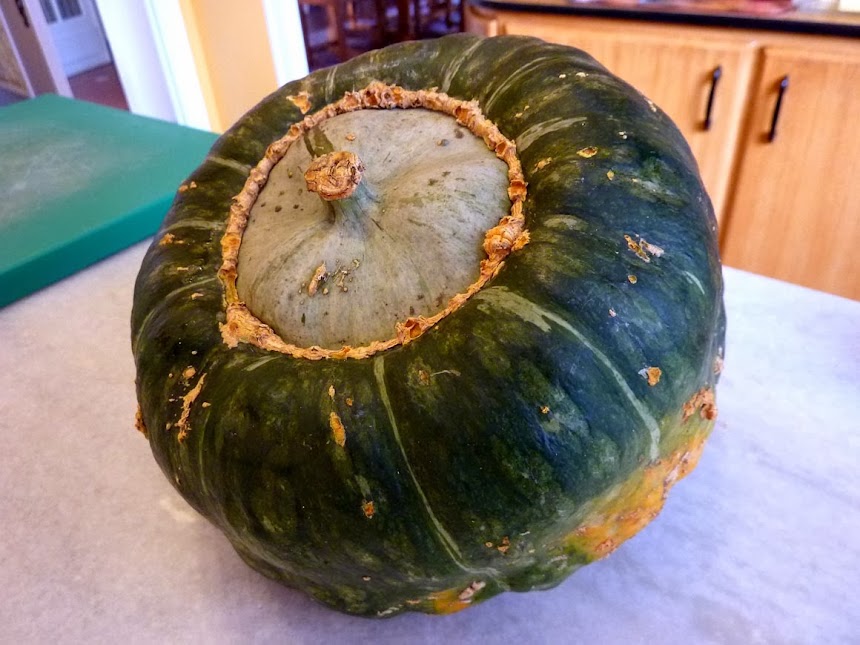 The buttercup resembles an acorn squash but has this blue-colored bump on the blossom end.


I don't remember where it was, but I'll never forget that pumpkin soup. It was sliced onions and thin slices of orange pumpkin cooked in milk and broth with herbs. The pumpkin slices were just beginning to fall apart in the soup, and it was delicious. I'll have to make that soon. Not to mention pureed squash soups and "pumpkin" breads (which are really cakes). I've already made a Moroccan-style tajine with buttercup squash...
Posted by Ken Broadhurst at 07:35