L'Arc de Triomphe with a purpose

When I was in Paris last week, I stayed overnight at my friend CHM's apartment. One of the things he wanted to do when I came to Paris, he had told me, was to go to the Arc de Triomphe to take pictures of the wall where the names of Napoleon's generals are carved in stone. 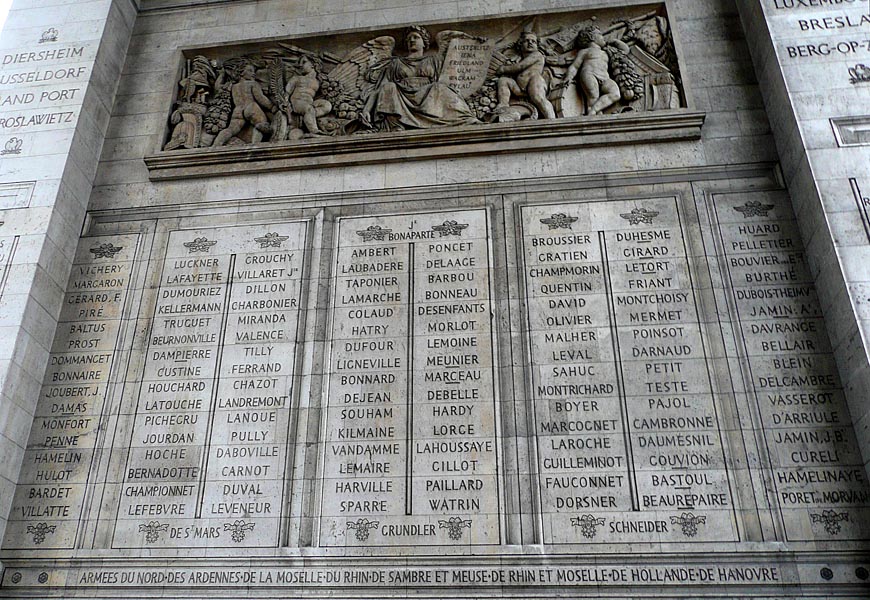 General David's name is in the third column from the right.
One of those generals of an ancestor of CHM's. His last name was David. CHM said he had been intending for years to go the Arc and take a picture of the name, and we finally did it. We took the metro over there, walked what seemed to be miles through underground corridors to find the right exit, and then went through another underground passageway to get to the arch itself. 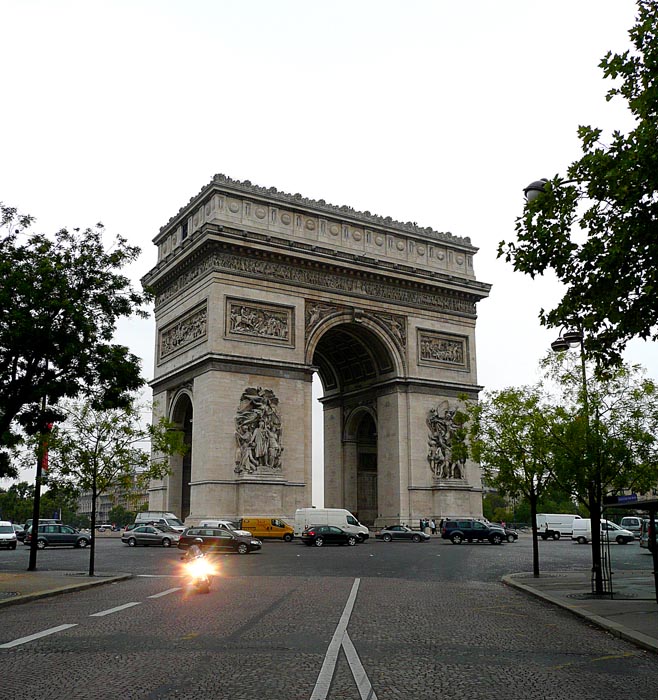 L'Arc de Triomphe seen from the Avenue Marceau
The Arc de Triomphe, which is at the top of the Avenue des Champs-Elysées, was ordered built by Napoleon in 1806, but it wasn't finished until 30 years later. It sits in the middle of a big round place, or plaza, from which radiate out 12 wide avenues. If you've been to Paris, you've probably been to see it, or you've seen it from afar. 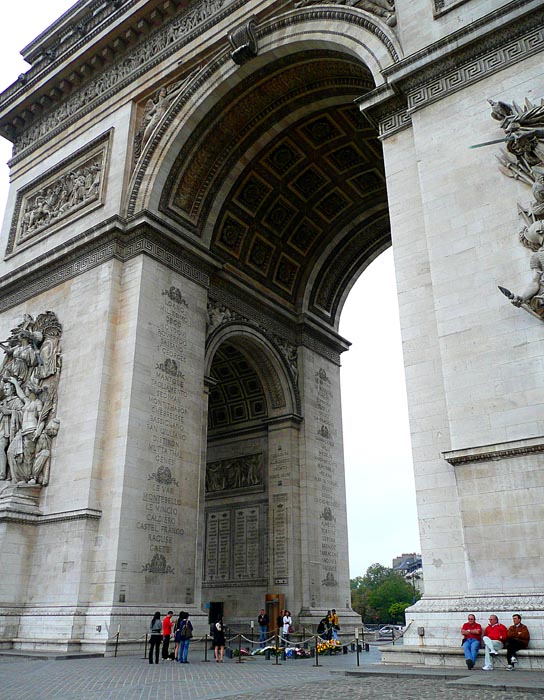 Tourists under the arch
The arch is 50 meters tall and 45 meters wide. That's 165 feet by 148 feet. For comparison, the towers of Notre Dame are higher at 69 meters, or 226 feet. Under the arch lies the Tomb of the Unknown Soldier, placed there in 1920. 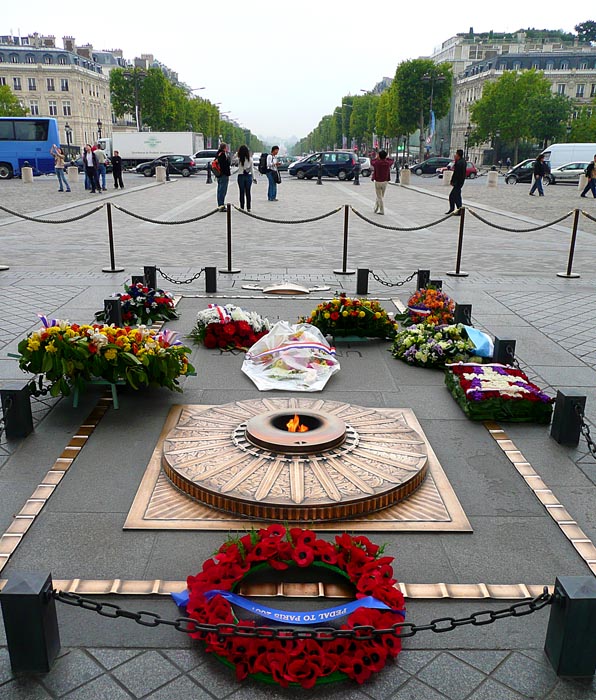 La tombe du Soldat Inconnu
sous l'Arc de Triomphe
The names of 558 generals are listed on the walls of the arch. Some of the names are underlined, and CHM and I wondered why. According to the Michelin Green Guide, those are generals who died in the field. As for General David, he was one of CHM's great-great-great uncles. He died
in the early 1800s at the age of 35 or so.