Just a couple of kilometers down the road from the Chartreuse du Liget monastery is a 12th-century complex of buildings called La Corroirie. It was where the lay brothers of the monastery lived and worked. 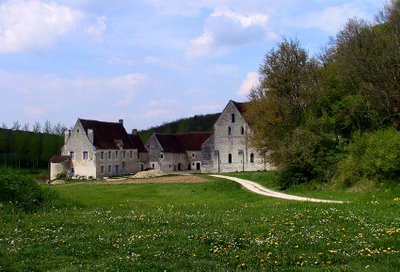 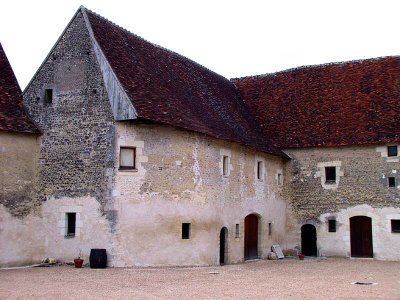 The Cadogan guide describes La Corroirie as a group of "gorgeous mellow medieval buildings" and I agree. It's open to visitors during the afternoon in July and August. 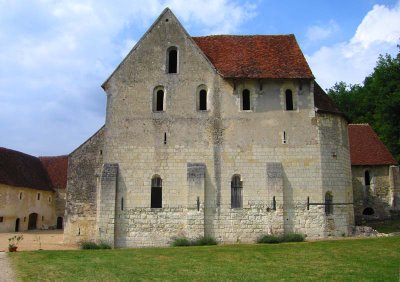 The old chapel at La Corroirie 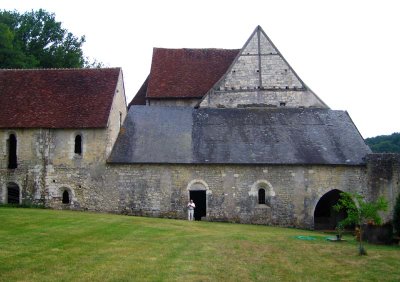 The rear courtyard at La Corroirie
The day CHM and I stopped by there were people out front on the lawn and in the courtyard setting up tables and tents for a wedding party. We had driven through the village of Chemillé on the way there and had seen the crowd gathered in front of the village church for the ceremony. We were lucky to arrive at La Corroirie before the party started. 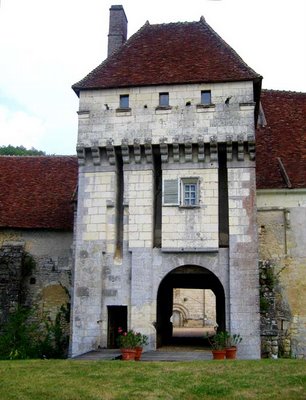 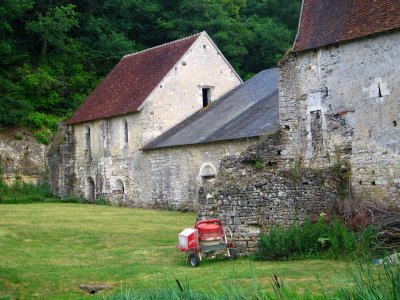 La Corroirie is privately owned and is the site of archeological excavations
We wandered around nearly unnoticed, I think, for about half an hour. Well, unnoticed by the people setting up for the wedding reception, who were politely discreet. But noticed we were by some chickens and a rooster that were wandering around out behind the main buildings. 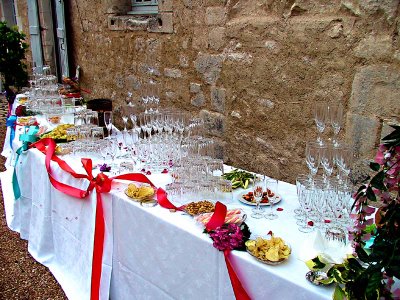 Above and below, preparations for a wedding reception at La Corroirie 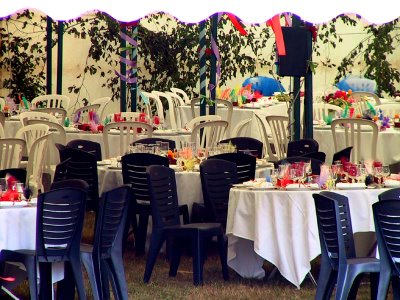 The buildings at La Corroirie were fortified in the 15th century, according to the Guide Michelin. That would have been during the 100 Years War. The monks from Liget probably holed up at La Corroirie when threatened with attack. 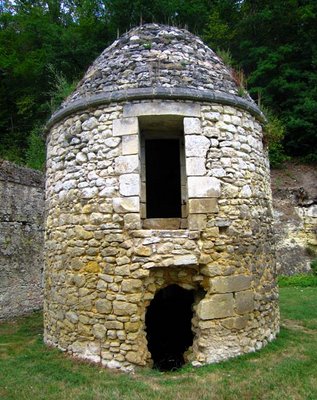 The hemp oven
A corroirie is a place where cuir, or leather, is cured and tanned. That must have been the work of the lay brothers. The reason La Corroirie survived intact over the eight centuries that have passed since its construction is that it was turned into a farmstead somewhere along the way.

Below, a series I'm calling "Nobody Here but Us Chickens." 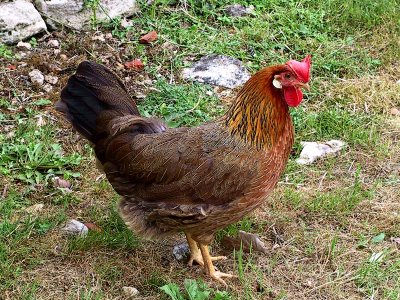 A proud hen at La Corroirie 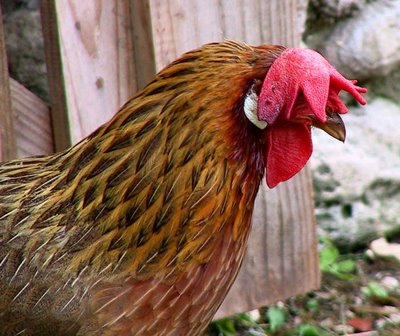 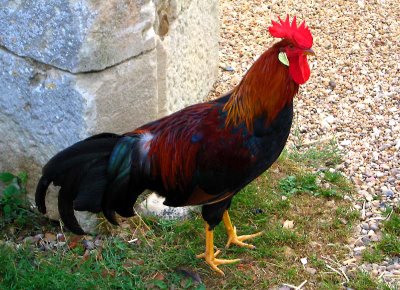 The cock of the roost