Just a kilometer or so to the west of the Chartreuse du Liget, toward Loches, there's a little chapel in a big field surrounded by woods. It's called the Chapelle Saint-Jean, or the Chapelle du Liget. You have to drive a mile or less on a gravel road to get to it. 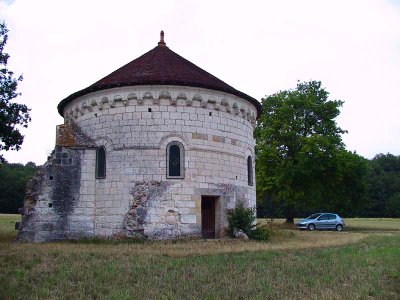 The chapel looks big in this picture but is smaller in reality.
That's my car parked over by the tree.

The little round chapel was built in the 12th century. CHM and I were there on a Saturday afternoon, and we had the place completely to ourselves. Unfortunately, the doors were locked, so we could only peer into the building through metal grates on the windows. The interior walls are covered in frescoes. 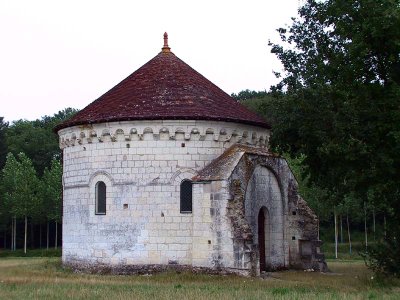 The front portico is obviously missing

The exterior walls are decorated with stone carvings of all kinds of faces, as you can see in these pictures. I find it hard to believe these are the original 12th-century stonework, but I don't know. It's clear the chapel has been cleaned on the outside, but not clear whether any other restoration work has been done. 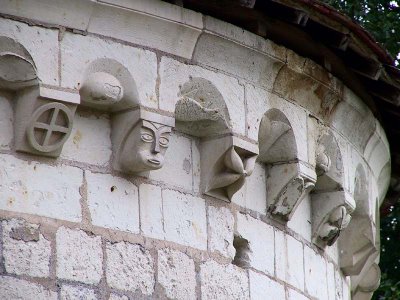 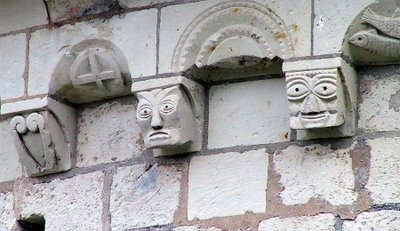 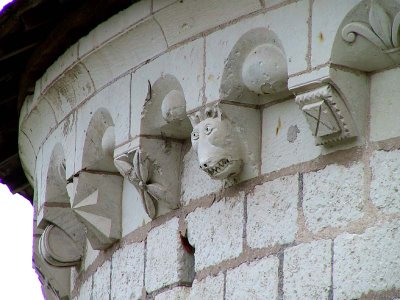 Here are close-ups of some of the stone faces. Some are smiling, some frowning, and some just look menacing or stupefied. 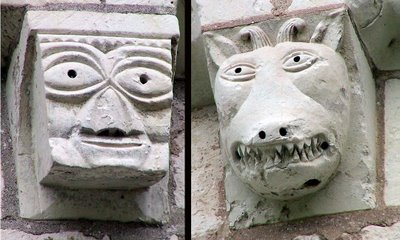 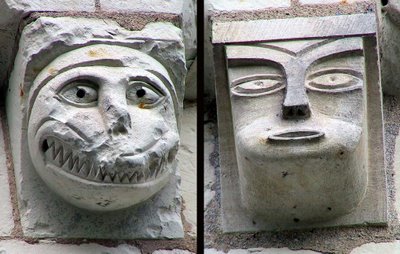 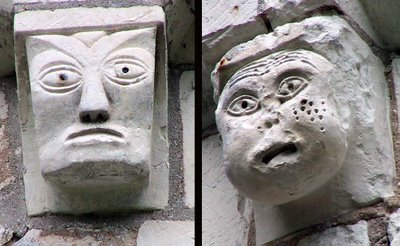 According to one of the guidebooks, you can get the keys to the chapel from the people down the road at the charterhouse (La Chartreuse du Liget). Then you can admire the frescoes inside. Next time...
Posted by Ken Broadhurst at 06:28