Last Saturday afternoon I ended up in Cléry-St-André, a little town on the Loire near Orléans that is dominated by a huge church. Notre Dame de Cléry a big and airy gothic structure that was built in the late 1400s, replacing a smaller chapel that had been demolished by the English earlier in the century during the 100 Years War. 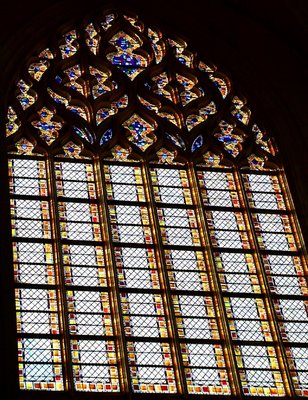 Modern windows at Notre Dame de Cléry
I don't have any good pictures of the outside of the church. We parked right next to it and didn't ever walk far enough a way to get a good exterior view. It was just too hot outside for walking. 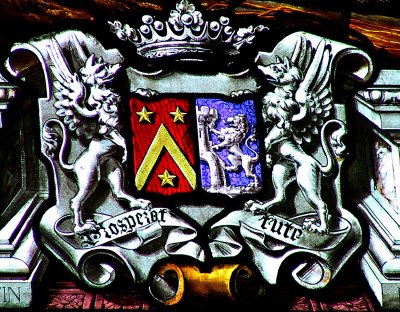 A more conventional example of stained glass at Cléry
Over the front portico of the church a group of swallows had built nests and were busy coming and going, bringing food back to the nest for their little ones, I imagine. My friend CHM says such a collection of swallows' nest is called a colonie d'hirondelles. 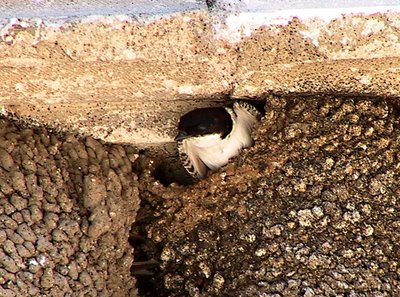 A swallow in its nest
The church at Cléry was full of things you wouldn't expect to find. In a crypt under the floor of the nave, accessible by a set of 8 or 10 stone steps, are the skulls of King Louis XI and his wife, Charlotte de Savoie, in a glass case. Louis XI died in 1483, after spending the last months of his life in Cléry to oversee the completion of the building. 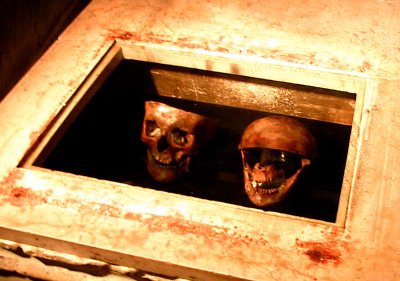 The skulls of Louis XI and Charlotte de Savoie in a display case at Cléry
Near the entrance to the crypt where the skulls are displayed there's a stone plaque in the floor that bears the name Charles VIII and the year 1498. I wondered why it was there, but then I noticed a stone plaque on a nearby column that said (in old French): C'est le Cœur du Roi Charles huictiesme. (This is the heart of King Charles VIII.) I think that meant his heart is entombed under the plaque in the floor. 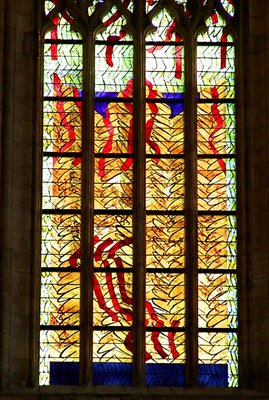 Notre Dame de Cléry has enormously high ceilings. My photos don't really give you a good idea how big and spacious the church really is. 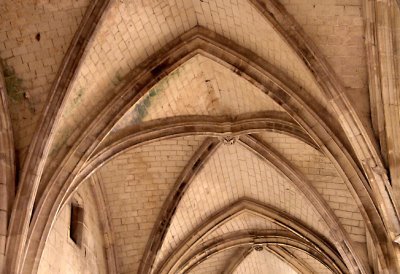 Notre Dame de Cléry
Another thing you don't expect to see in such a big old church is a set of beautiful modern stained-glass windows. The colors were vivid, since the afternoon sun was bright and high in the sky. I think I'll just let the pictures speak for themselves. 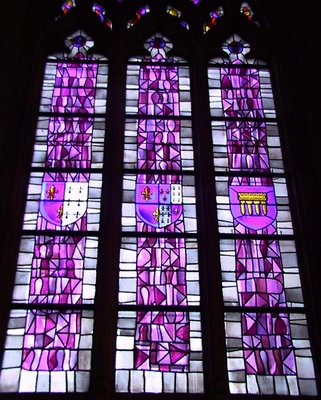 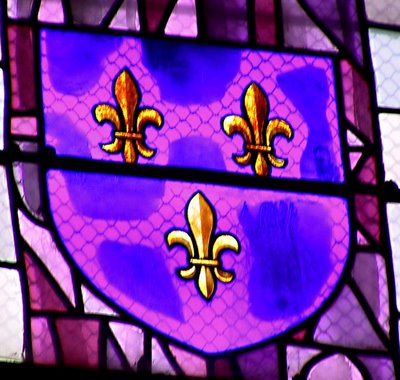 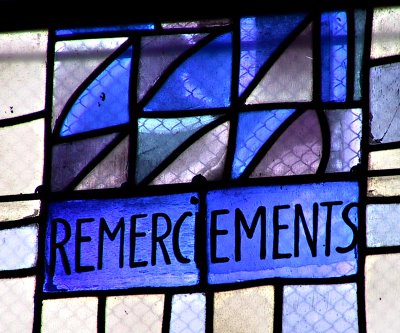 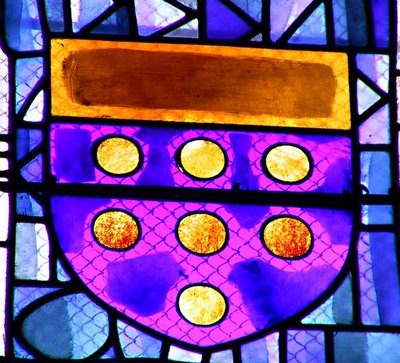 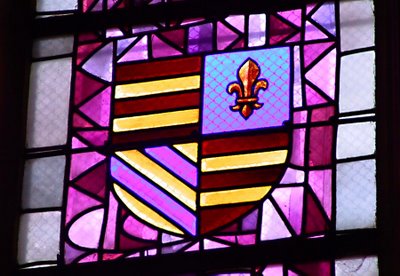 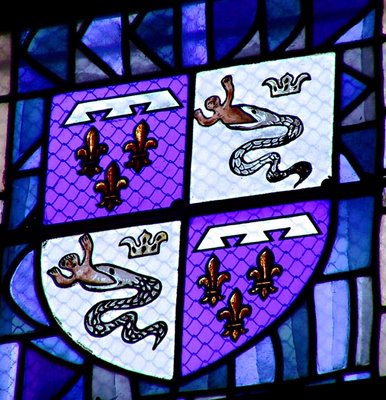