There goes the neighborhood!

Just joking. But last week the dreaded sign appeared down at the bottom of our little street. Lots for sale! So we are going to get some new houses in the neighborhood. 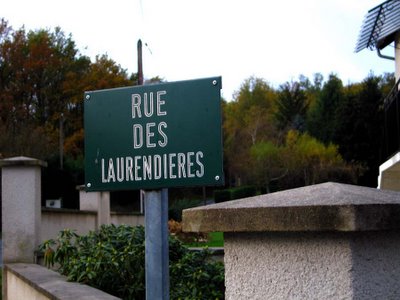 Site of new development
The area is certainly growing. Yesterday we drove down the main road over to the next village, and then on to the one beyond that. In the 6 or 7 miles we covered, we saw at least a dozen new houses being built. Maybe it's because the new autoroute is under construction and will open soon, linking us to the city of Tours. We already have a direct autoroute connection to Paris, about 3 hours north of us. The area is also growing because people in France are moving out of the cities and back into the country, reversing a move-to-the-cities trend that started 50 years ago. 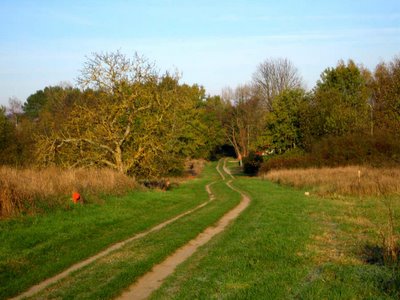 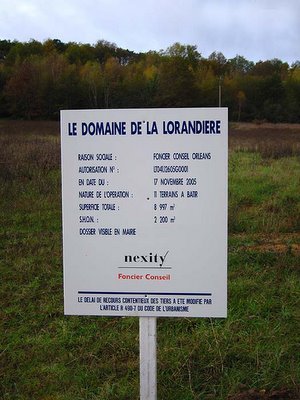 The developer's sign announcing 11 lots for sale
The amount of land being sold seems to be about 9000 square meters, which is just over 2 acres. But the sign says something about the lots being 2200 square meters apiece, about half an acre. It doesn't add up, but then I don't know what the abbreviation S.H.O.N. means. Maybe somebody can tell me. 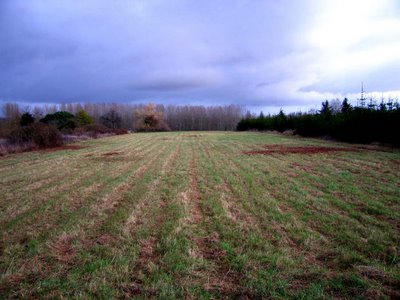 One of the lots now for sale
Rue des Laurendières is the road in the middle of fields where Collette chased the deer last summer. I guess the deer will soon have to graze elsewhere. And the road will surely be paved, because car traffic will increase. 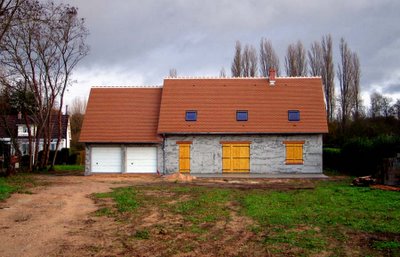 A house under construction, and nearly finished,
in the new development area
Our house is at the top of the hill, along with eight others, about a third of a mile (500 m) from the rue des Laurendières, and separated from that area by woods. We won't be greatly affected. But we do hope that Patricia and Bruno, who own the vineyards located on two sides of our property, will not decide to sell out and leave the land open for development. There's no sign of that for the time being. 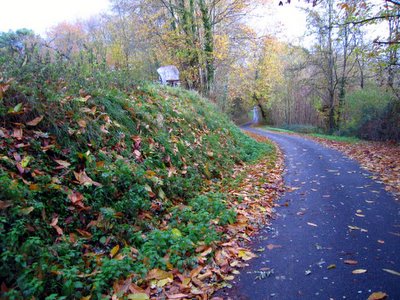 The new development is down this hill from our house


It will be interesting to see how long it takes the developer, Nexity, to sell the lots, and how soon houses start going up. Welcome, new neighbors.
Posted by Ken Broadhurst at 12:24