I went to the pharmacy last Friday. One of the employees greeted me and asked if I had enjoyed l'été indien (été means summer) that we had experienced in central France in October. It told him I was in the U.S. for much of the month of October, so I'd missed it. The point is, it's rained now for four days in a row, starting Friday. November weather can be depressing. 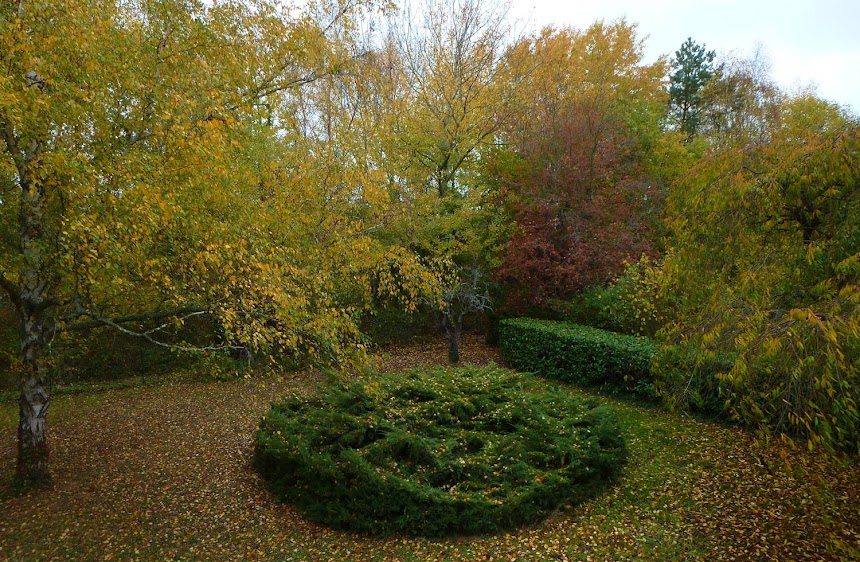 11 novembre 2017
But there are some pretty scenes despite the rain. The photo above and the photo below are ones I took from our living room windows yesterday, despite a steady drizzle. 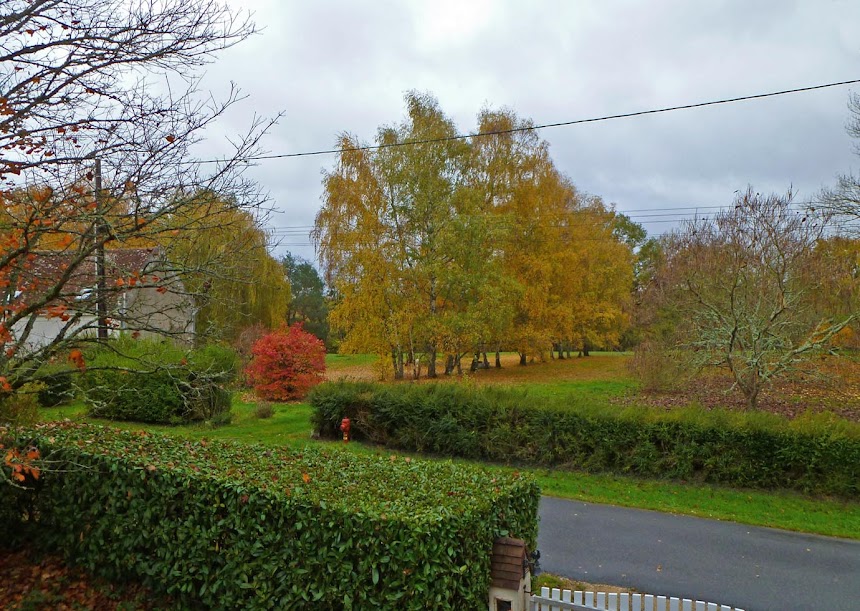 11 novembre 2017
Autumn has unfolded very late this year, it seems to me. Look at the photo below, which I took out in the vineyard in October nine years ago. Maybe autumn was just especially early that year. It's hard to remember. 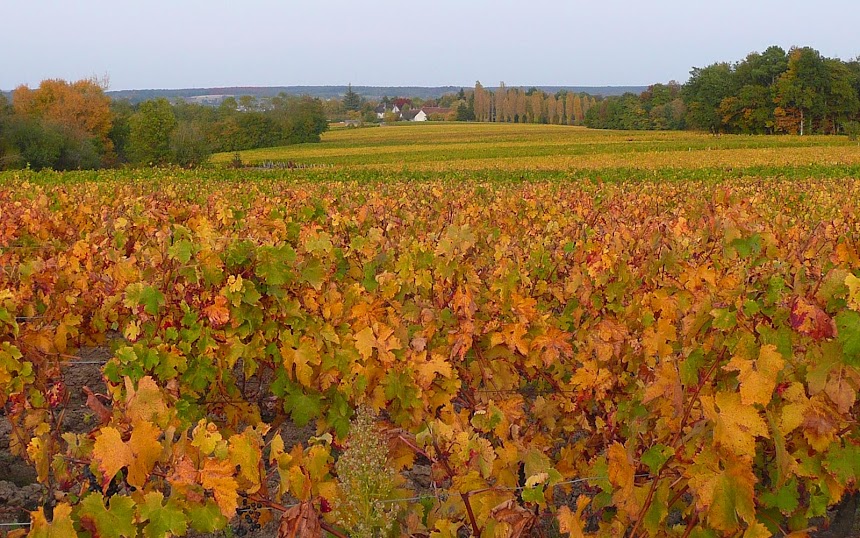 12 octobre 2008
One good thing about having a 12-year old blog is that it lets me go back and review events and conditions in earlier years compared to now.
Posted by Ken Broadhurst at 06:30