Selling high and getting out

As I was saying here, our move to France in 2003 depended entirely on whether we could sell our house in San Francisco for a good price. The profit on the house needed to cover our living expenses for at least five years, until I could start getting a pension out of my 401K plan and, a couple of years later, collecting Social Security. In December 2002, we had found a house we wanted to buy in France. It's the house we have been living in since June 2003. 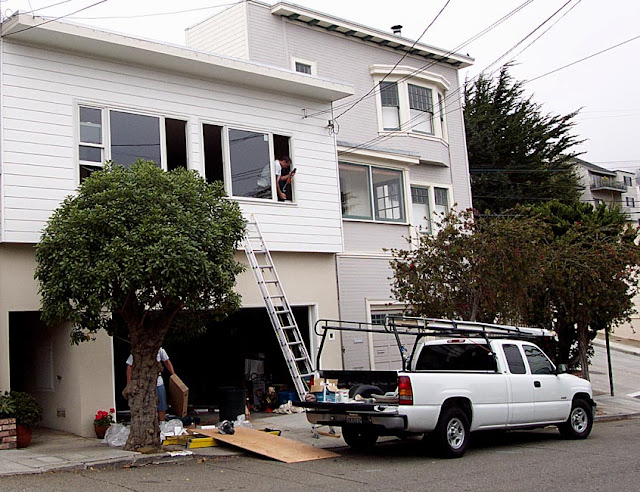 Having new windows put in the front of the house

In January 2003, we "interviewed" three real estate agents as we started to plan to put the house on the market. One was a Scottish woman who I met when she was hosting an open house on a Sunday afternoon — I often visited the houses for sale in our neighborhood on Sundays. It was fun to see them, and interesting to see what people were asking for them.

Another agent was a representative of Prudential real estate, which we figured was a big company with a lot of clients and experience. 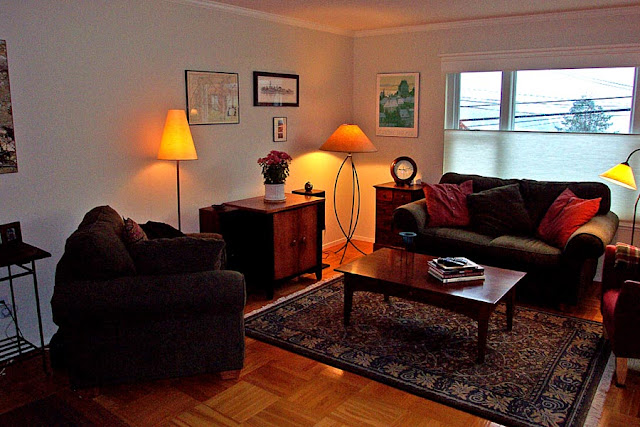 The third agent was the woman who had helped us buy the San Francisco house nearly 8 years earlier. She worked for a big San Francisco realty company called Zephyr.

We finally decided to go with the Zephyr agent, because we already knew her, we both liked her, and we figured she knew the San Francisco market better than the other two did. The Scottish woman, who I really hit it off with, seemed very good and gave us a good sales plan. But she was based in the suburbs and still had a lot to learn about real estate in the city, which is a market unto itself. The Prudential agent was a novice who read everything she said to us from a script. 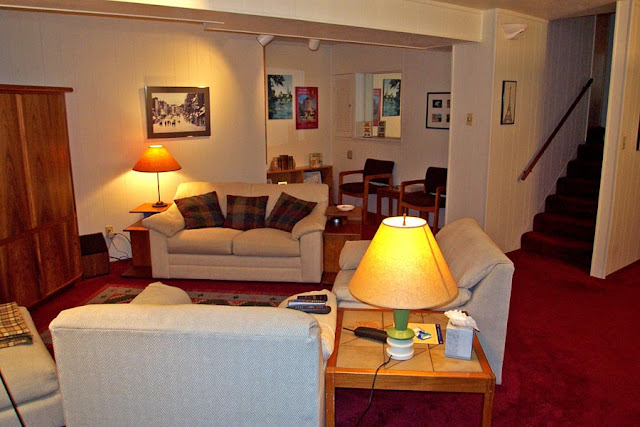 Jan asked us what we thought the house was worth, and we told her. We were shooting high, because our future depended on making a big profit. The price we wanted to ask was more than double the price that we had paid for the house in 1995. But then, we had done a lot of work — a new roof, exterior and interior paint, new windows back and front, new landscaping and a deck in the back yard — and we had put in a fine new kitchen, with granite counter tops, cherry-wood cabinets, and high-end stainless steel appliances. 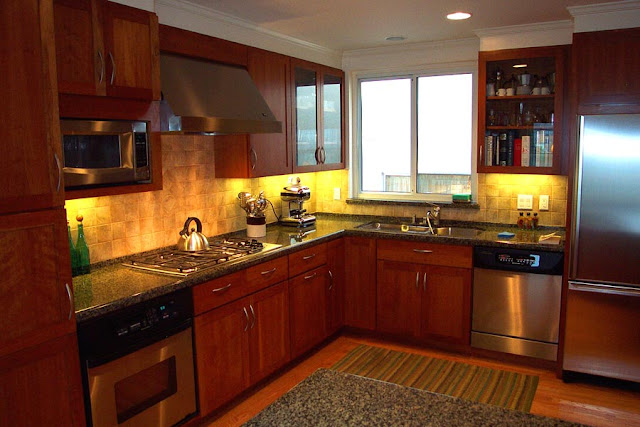 The kitchen we had remodeled in 1999

Jan said she was afraid we would scare potential buyers away if we put the house on the market at such a high price. She recommended an asking price considerably lower (-15%). We were deflated, but we moved ahead. The market was hot, and buyers were bidding against each other, frequently buying properties at prices much higher than the owners were asking for them. 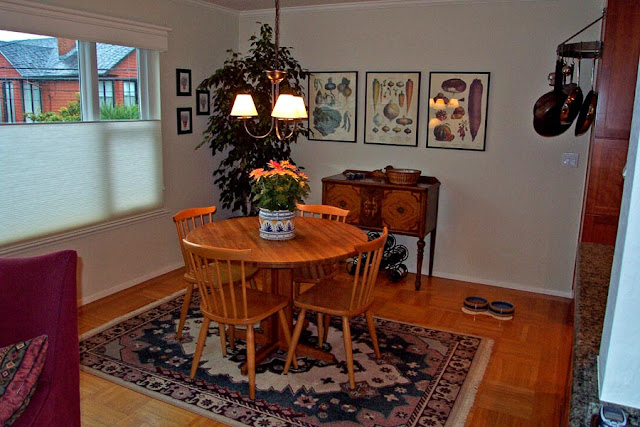 We started cleaning up and clearing out. At the end of January, we had our big garage sale and gave away a lot of stuff. Then in early February, Jan held an open house for all the agents who worked for the Zephyr agency. She said nearly 100 of them came. And they nearly unanimously told her that her asking price was too low. As a result, she put the price back up to what we had said we wanted, and we were elated. 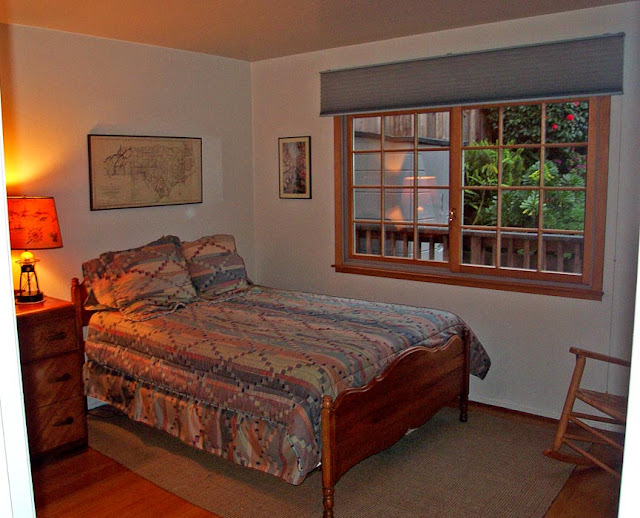 One of the bedrooms as staged

Four days later, Jan held the first public open house. We had to leave the premises, of course. I can't remember what we did that day. The plan was to start reviewing offers on the house the following Thursday. Jan wanted to give buyers a chance to put in their offers and, if possible, start bidding against each other.

We had removed (and sold) all our big houseplants to make sure no corner in any room was hidden. We had made sure there was no dust or dog hair in those corners. Actually, Jan had brought in a professional cleaning crew to not just vacuum up the dog hair but wax and buff the floors and clean all the windows. We had gotten rid of a lot of stuff, including some furniture.

We had also had some long-delayed interior painting done, including the master bedroom and bathroom. The house looked great. 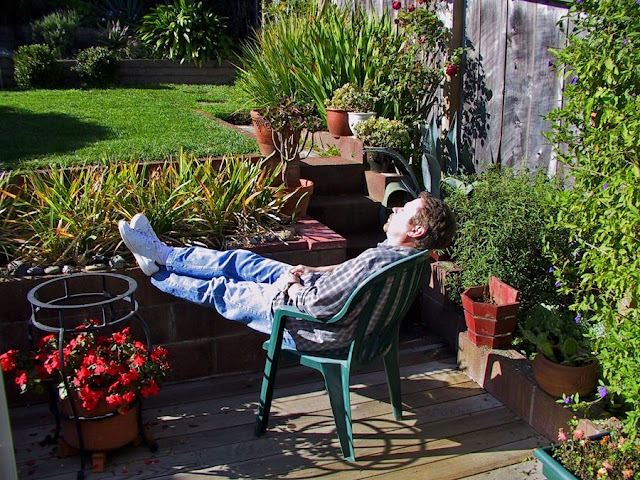 Walt relaxing in the little back garden in S.F.

Jan scheduled a meeting with us at the real estate company for the coming Thursday (it was about February 20) to go over the offers. If there were no offers, the meeting wouldn't be held. Our breaths were held.

On Thursday, the agency presented us with four offers. All four were for sums higher than the asking price. The highest was 15% over "asking" — that is, nearly +30% compared to the price Jan had originally wanted to put on the house. It was hard to believe. And it was a solid offer, with pre-approved financing and a big down payment. Jan urged us to accept that one and do anything the buyers wanted us to do for them. Just take the money and run. 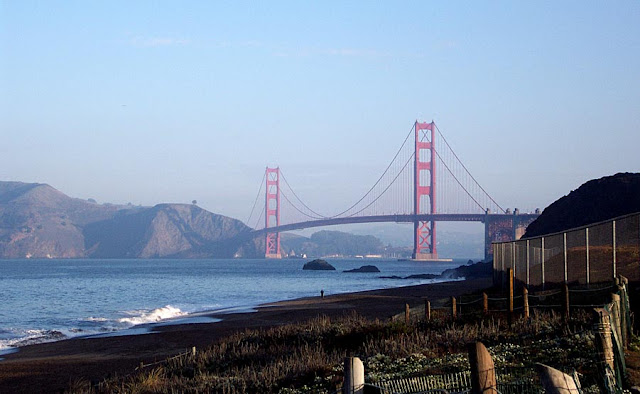 Thanks, San Francisco, and good-bye

The amount in excess of our hoped-for price was nearly enough to pay for the house at La Renaudière. All the rest was profit in our eyes and would pay for our trip to France and for shipping the container full of our remaining belongings. With any luck, it would also cover our living expenses for the next five to ten years.


Here's an earlier topic about our move

Next: Getting our official traveling papers
Posted by Ken Broadhurst at 08:39