Colorful contrasts to all the white snow

Here are some pictures that will stand in contrast to the nearly monochrome images I posted of yesterday's snow. The day before yesterday, I noticed that our Christmas cactus (schlumbergera) — I might now call in my birthday cactus, and I see that it is also known as an Easter cactus — was in full bloom. It deserved some pictures. 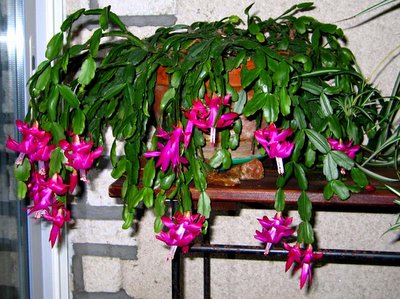 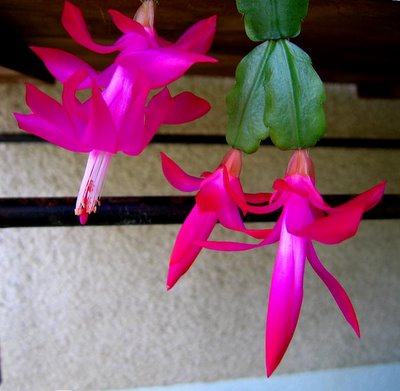 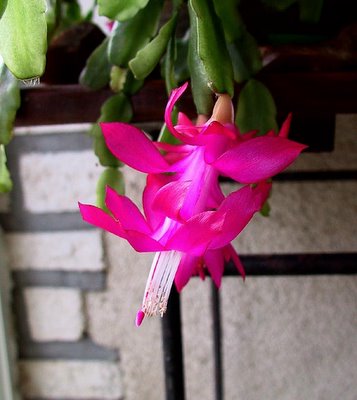 We also have a new orchid — a gift from our friend who is now in the clinic, recuperating from her attack. She bought it for us to thank us for driving her back and forth to the hospital in Blois back in January, when she was having a series of tests done. There's an orchid greenhouse in the town of Contres, just 10 miles north of us. 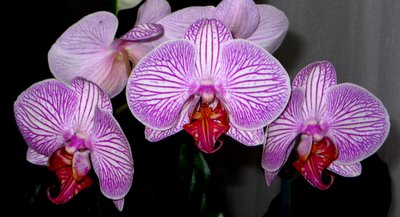 And here's one more plant, a peace lily that our friends Geri and Phil from SF gave us in 2003. They were the first people to come visit and stay with us after we arrived in France. The peace lily (spathiphyllum wallisii) flowers in late winter and early spring. 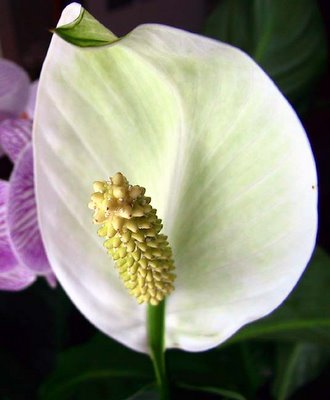 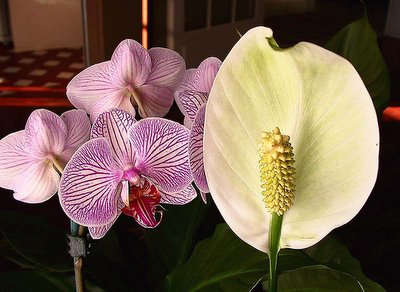 Oh, and here's a cyclamen that I bought at a nursery last year. After a summer of dormancy, it came back this winter and has produced a lot of flowers. 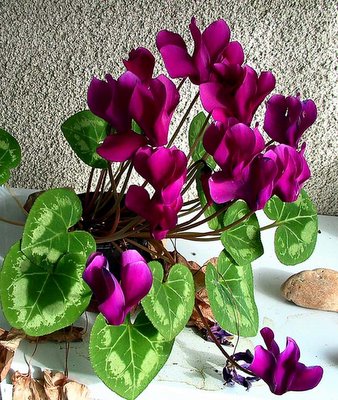 To go with today's dinner of venison and Yorkshire pudding, I made a pineapple upside-down cake for dessert. I found a fresh pineapple at the Ed supermarket, and I used a recipe from this blog, which is a great food site. I didn't have brown sugar, so I used French sucre de canne (what I would call raw sugar) instead. The proof of the recipe will be in the eating, which we will put off until after lunch.

I actually ended up with two cakes, because I used a slightly smaller cakepan than the recipe called for. There was plenty of pineapple, plenty of caramel, and plenty of batter to make the two cakes. 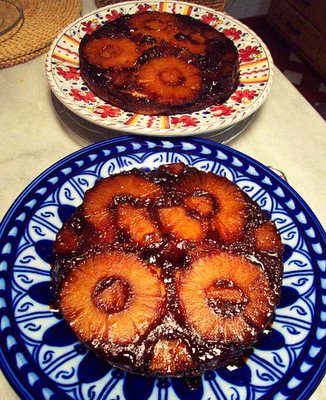 The snow is starting to melt. The sun is shining brightly this morning. We're hoping to be able to drive on the little roads out through the vineyards later this morning. There's a good bakery up there that makes bread in wood-fired ovens. 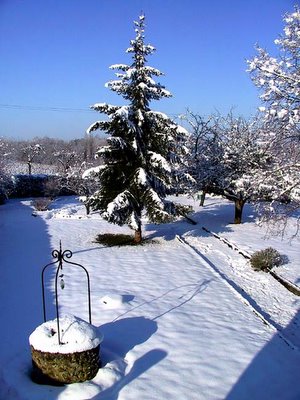 The back yard again, in sunshine 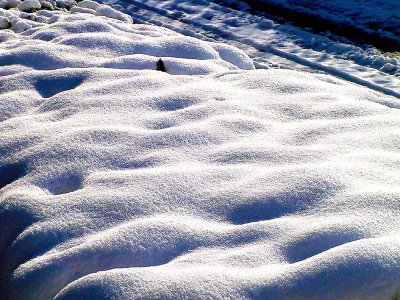 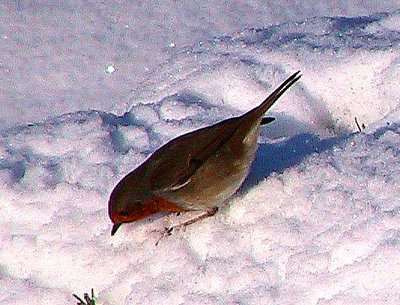 A rouge-gorge (European robin) looking for food in the snow
Posted by Ken Broadhurst at 20:02