It's hard to believe that more that 400,000 people visit Saint-Aignan's ZooParc de Beauval annually, but that's what they claim. That's more than 100 times the population of the town.

And to me it was amazing to see that Beauval has a huge aquarium in which several manatees are living and breeding. Manatees, as you probably know, are the aquatic, herbivorous mammals known as "sea cows" that live in fresh and brackish water in the American tropics, including Florida. Manatee populations in the French Caribbean islands of Martinique and Guadeloupe have been wiped out, according to Wikipedia.

In French, a manatee is called un lamantin or lamentin. The dictionary says the word, derived from the same root as our word "manatee," caught on in part because it reminds people of the manatee's haunting cries, which can sound like lamentations. 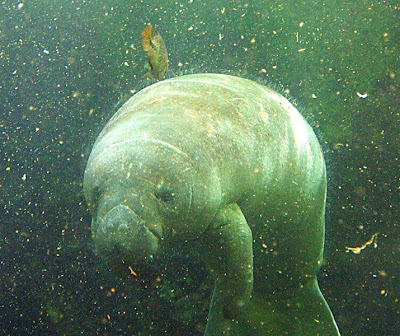 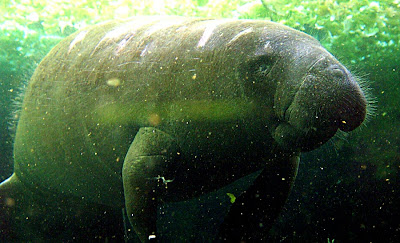 Every afternoon there's a sea lion show at the zoo, and a show featuring gigantic birds of prey. Beauval's press materials list numerous species here that can be seen nowhere else in France, including koalas. 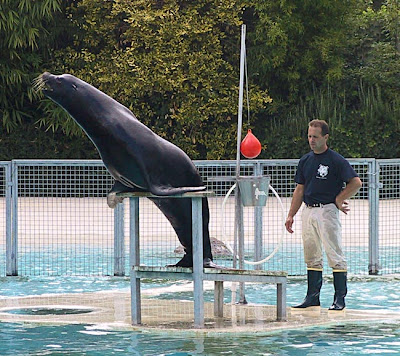 There's a reptile house, a huge tropical aquarium, an ape house (with 200 simians), and of course a huge collection of over 2000 species of tropical birds, not to mention the 10-acre elephant pen and the Australian and African animal sections. 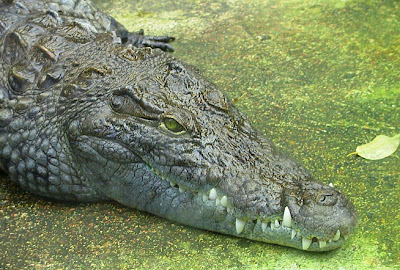 One of the interesting things about the ZooParc Beauval that I noticed when we were there in 2003 and 2004 was that you were allowed to bring your dog along, on a leash. I would never have taken Collette there. Can you imagine all the barking she would have done? Exotic animals would have been scattering in fear all over the Saint-Aignan area. More than kangaroos might have been hopping, loping, or slithering down the rue de la Renaudière. 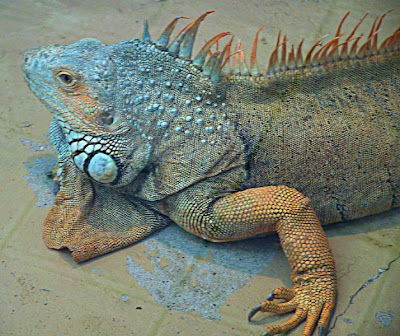