Angles-sur-l'Anglin is a small village that is officially in the Poitou province. It's located about 50 kilometres east of the provincial capital, Poitiers, and about 75 kilometres south of Tours. It's just over the ancient border that separates Le Poitou from the south end of La Touraine. And it's about an hour's drive south of Saint-Aignan, where I live.

The names of the village (Angles) and the river that runs through it (l'Anglin) derive from a group of Angles who supposedly settled the place between the years 500 and 1000 A.D., according to different sources. The Angles were a Germanic people who, along with the Saxons, also settled in what is now England. 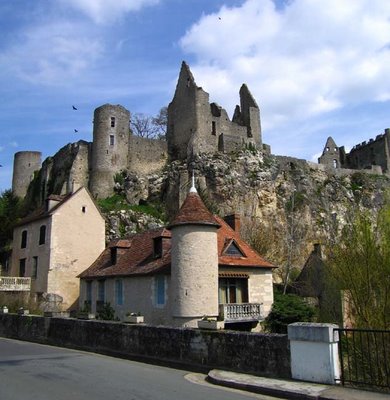 Ruins of the medieval château at Angles,
seen from the bridge over the Anglin river
A rocky path and some rough stone steps lead you up to the top of the outcropping that the château was built on. The view is impressive and the ruins are strikingly stark. The village itself is one of the 150 or so to be designated one of the most beautiful in France. 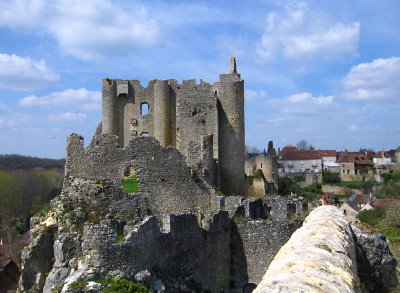 The château at Angles from high on the hill
Other beautiful towns near Angles are La Roche-Posay, Preuilly-sur-Claise, and Le Grand Pressigny. Visiting them all, with stops of an hour or so in each, makes for a good day trip. Another sight to see near Angles is the abbey at Fontgombault, where there is a pottery shop with dishes and pots made by the monks on sale. 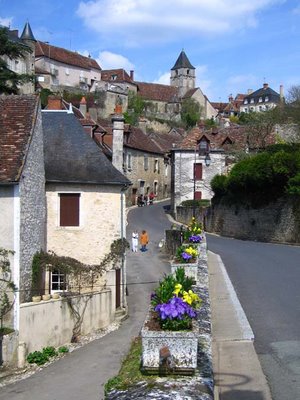 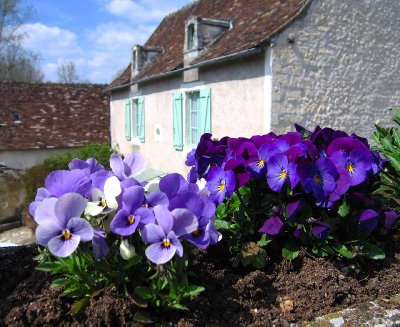 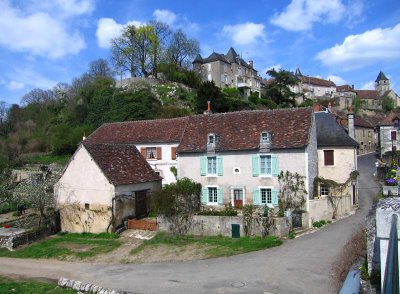 Another shot of the house with green shutters 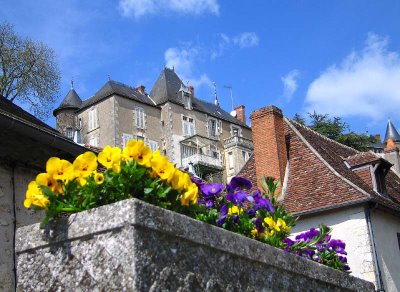 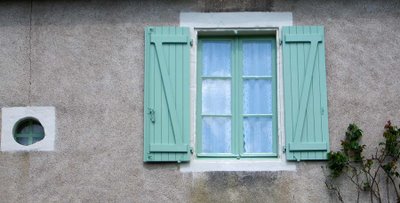 Green shutters on the house by the bridge 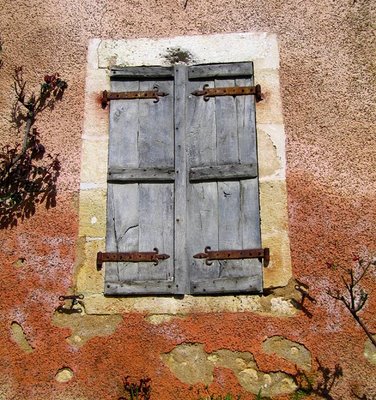 Nice old shutters on a house in Angles 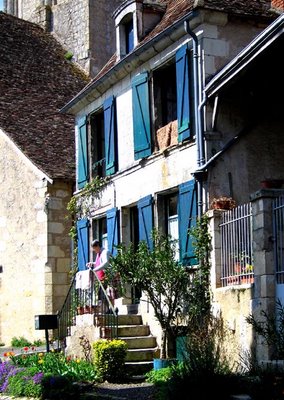 A woman doing her spring cleaning
at her house in the center of Angles
Here's a site in French with other pictures, including an aerial photo of the village and its château. Archeological evidence shows that the area around Angles-sur-l'Anglin has been inhabited since prehistoric times, as far back as 14,000 years ago. Records also show that the château at Angles existed as early as the year 1026 A.D. During the French Revolution at the end of the 1700s, the ruins of the château, like many other historic sites, were turned into a quarry where people could get the stones they needed to build their houses.
Posted by Ken Broadhurst at 08:13