Neighbors invited us and another neighbor to lunch yesterday. These are people we don't see all that often — one is the mayor of our village, pop. 1200 — but have known for nearly 13 years now. Lunch was a smoked salmon and avocado appetizer followed by roast venison in a red-wine sauce with chanterelle mushrooms and a wedge of a potato pancake. Then there was a cheese course followed by dessert — tiramisu and chocolate pots de crème (pudding) served in small glasses called verrines, accompanied by tiny lemon tarts and bite-size chocolate cakes. 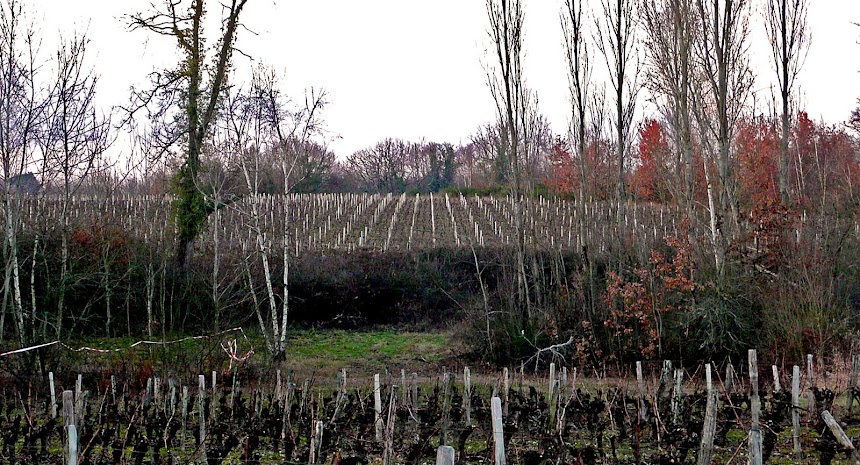 
We had local white (Sauvignon Blanc) and red (appellation Chenonceaux) wines with, respectively, the salmon and venison courses, and then a glass of Saint-Emilion red (Merlot and Cabernet Sauvignon) from down near Bordeaux with the cheese course. The cheeses on the platter included Reblochon from the Alps, Gorgonzola from Italy, Brie from the Paris region, and a couple of Loire Valley goat cheeses. It was a 3-hour lunch, including coffee and conversation (in French). 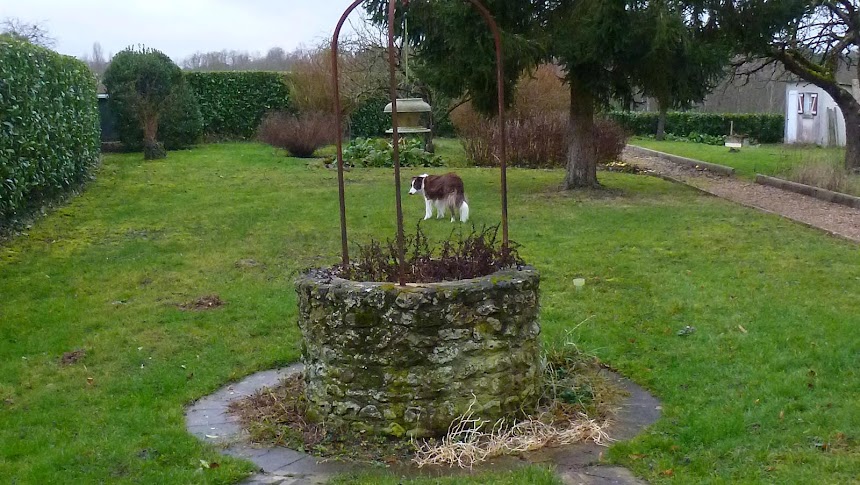 I didn't take pictures, of course. Our neighbors have a daughter who has been living in southern California, with her husband and small children, the past couple of years, so we talked a lot about that and their trips over to the U.S. to visit. They've been to L.A., San Diego, Las Vegas, and the Grand Canyon. They seem to be really interested in California and the lifestyle out there. They've enjoyed their first experiences driving cars with automatic transmissions. They don't speak much or any English, but they've been able to get by. Actually, their three grandchildren (the oldest is 12), who are of course enrolled in American schools, have become their translators and interpreters. 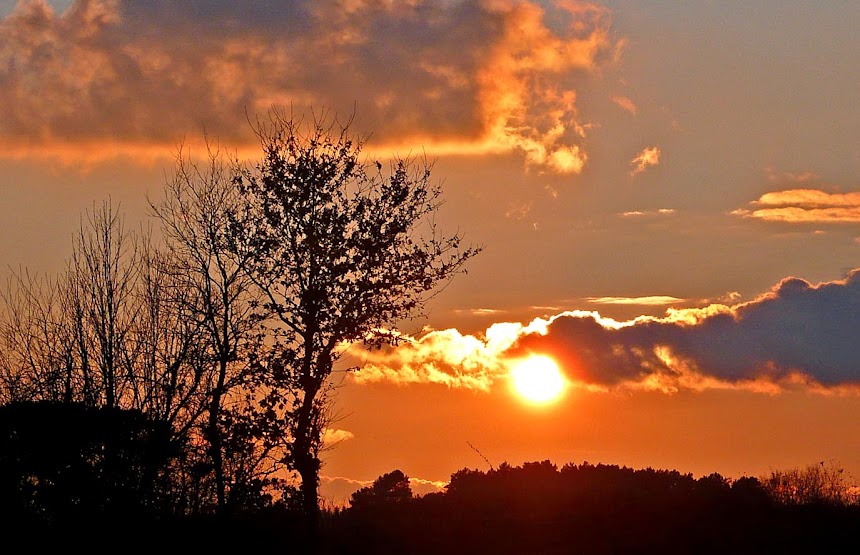 Yesterday the weather turned beautiful in the afternoon, sunny and almost warm-feeling. The neighbors' living room is a recent addition to their old farmhouse — they converted a garage — with big sliding glass doors on the south and west sides and surrounded by a wide patio. The sun was really streaming in, making for a pleasant change from the gray, foggy, damp weather we'd been having for a week or so. 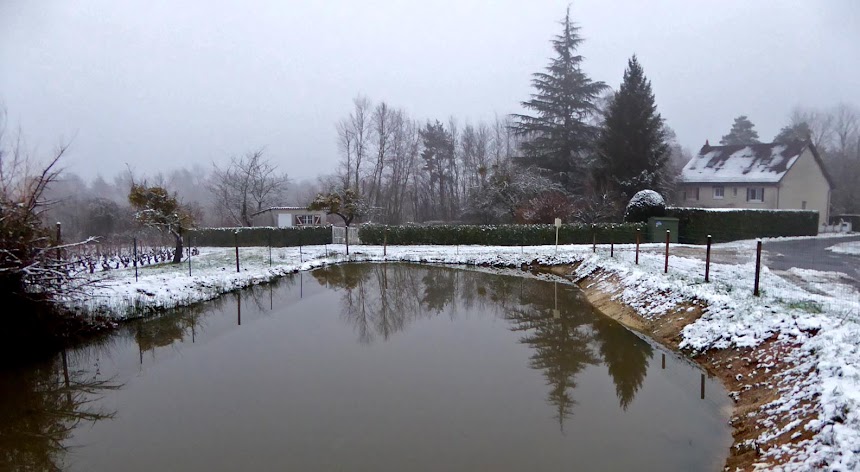 ...except for this 2016 shot of our house and the pond with snow last week.

We also talked about Saint-Aignan and learned a lot about local happenings:
The times and the town, they are a-changin'.
Posted by Ken Broadhurst at 07:30