Last Wednesday was "Winesday" for us. We drove up to the Touraine-Amboise wine production area on the north side of the Loire river, between Blois and Tours. It's a "sub-appellation" that is basically a mirror image of the string of Touraine-Chenonceaux wine villages along the south bank of the Cher river, closer to Saint-Aignan and Montrichard. Here's a link to a map of the eastern part of the Touraine production zone, which includes the Vouvray, Chinon, Bourgueil, Montlouis, and Mesland appellations, among others. 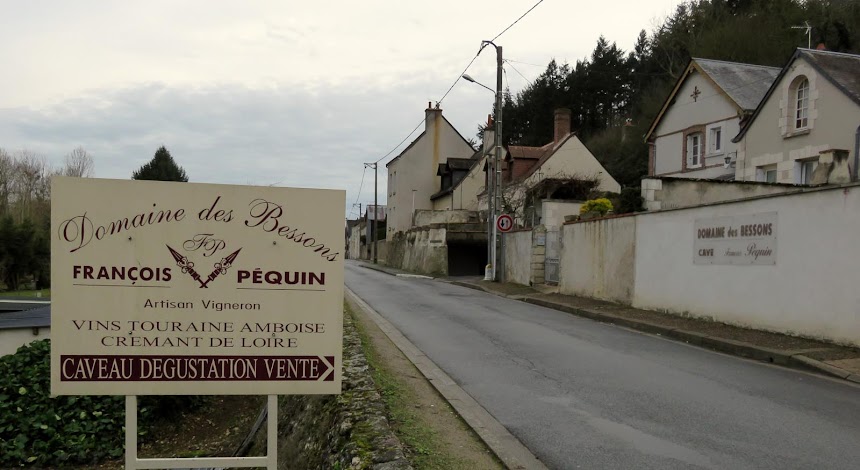 Our first stop was the Domaine des Bessons, right on the border between the villages of Cangey and Limeray. It's a winery we discovered two or three years ago and we've now been there three or four times. On Wednesday, it was François Péquin himself who "received" us and poured us tastes of two wines that we ended up buying. The winery's brochure says that no pesticides or chemical fertilizers are used in the Domaine des Bessons vineyards. 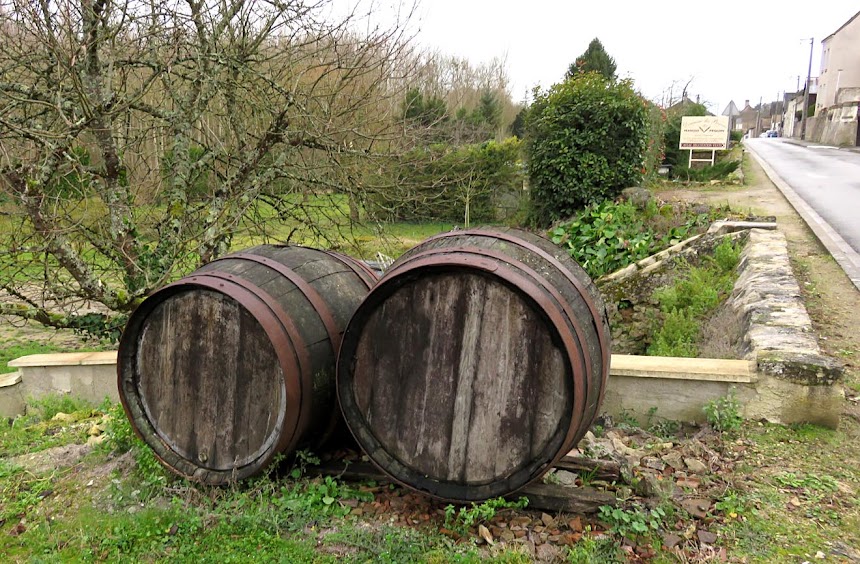 The wine that Walt wanted, called Les Silex, was out of stock until the 2015 vintage is bottled in March. It's a very dry Chenin Blanc. Mr. Péquin introduced us to two other white wines, one a fruity, off-dry Sauvignon Blanc called Arroma and the other a late harvest Chenin Blanc dessert white that he calls Médium. Both are sweeter than the white wines we normally look for, but both tasted delicious. We bought six bottles of each, at 6 euros per bottle, for special occasions. 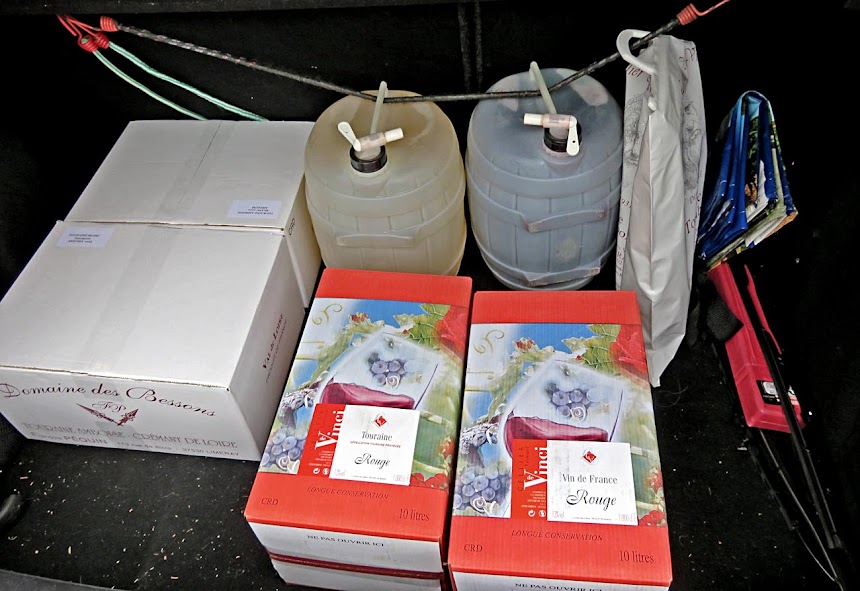 Our second stop was the Cellier Léonard de Vinci in Limeray. It's a cooperative operated by a group of local vignerons to make and sell red, rosé, and white wines made from the grapes they grow. We bought 10 liters of dry Chenin Blanc and 10 liters of Gamay red wine made from what the woman at the co-op called '"pure Gamay-Beaujolais". Both are sold en vrac (in bulk) and we will bottle them ourselves (10 liters is the equivalent of 13 bottles). 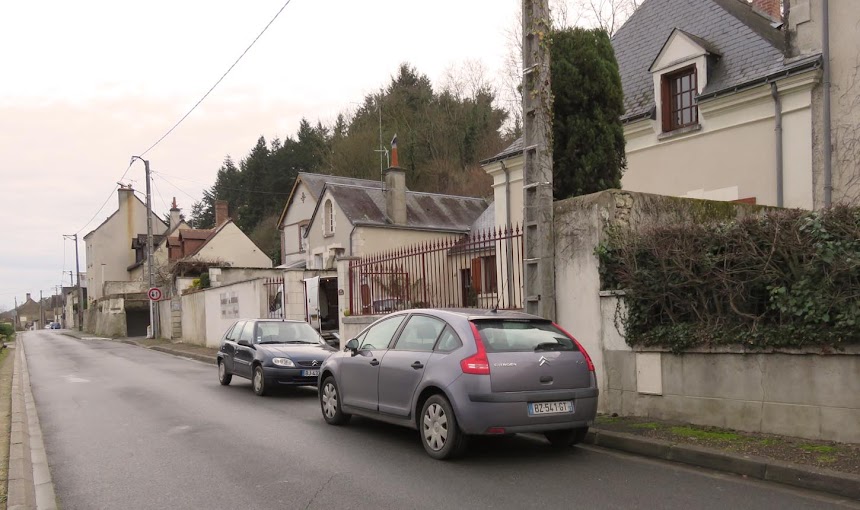 We also got twenty liters of red wine in "bag-in-box" packaging, one a Gamay-Côt blend and the other a red vin ordinaire (now called vin de France) made using a blend of two or three different local varieties of Gamay. I'm looking forward to tasting the difference between the two Gamay wines and also comparing them with the Gamay blend that includes some Malbec, which is known as Côt here in the Loire Valley.
Posted by Ken Broadhurst at 07:30