In French, what in America we call a "winter squash" is called
« une courge ». The one in these pictures is called « une patidou ». It's a variety of Cucurbita pepo, as are the zucchini (courgette), pattypan (pâtisson), spaghetti squash (courge spaghetti), acorn squash (courge poivrée or courgeron), and many others. 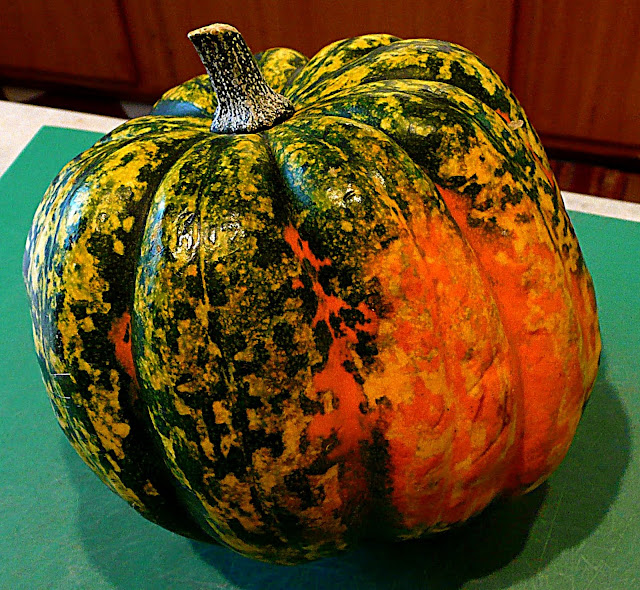 It was an acorn squash that I was looking for when I went shopping at SuperU last week. I didn't find one — Walt wanted to get one so we could eat it but also so we could save the seeds and grow some courgerons in next year's garden — but I noticed the patidou in a bin along with many little pumpkins (potimarrons and citrouilles), courges spaghetti, and courges butternut. 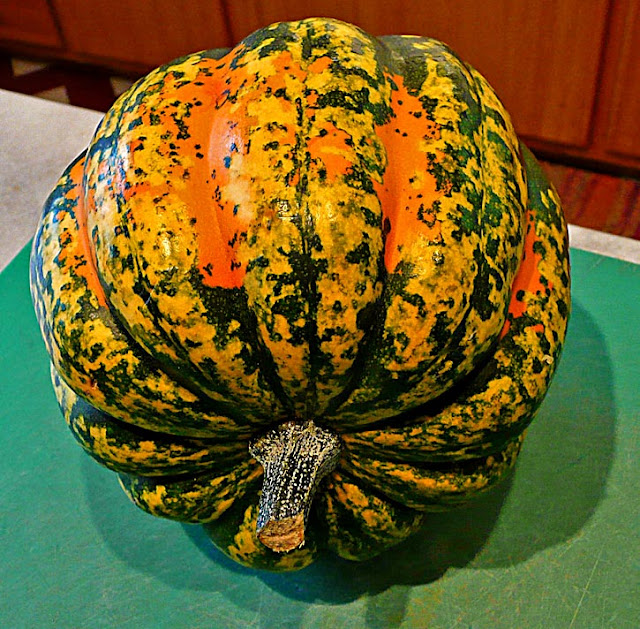 The patidou looked to be the closest thing to an acorn squash that I was going to find. It was prettier than an acorn squash. When I went through the checkout line, the cashier had no idea what it was and it wasn't labeled. I was able to explain and she finally found it on her computer. At first she thought I was saying pâtisson.

The patidou turned out to be delicious roasted and mashed with some butter and spices including nutmeg and Caribbean colombo powder, which is a kind of curry powder. The flesh has a distinct flavor of chestnuts and isn't as sweet as some other squashes (at least this one wasn't). 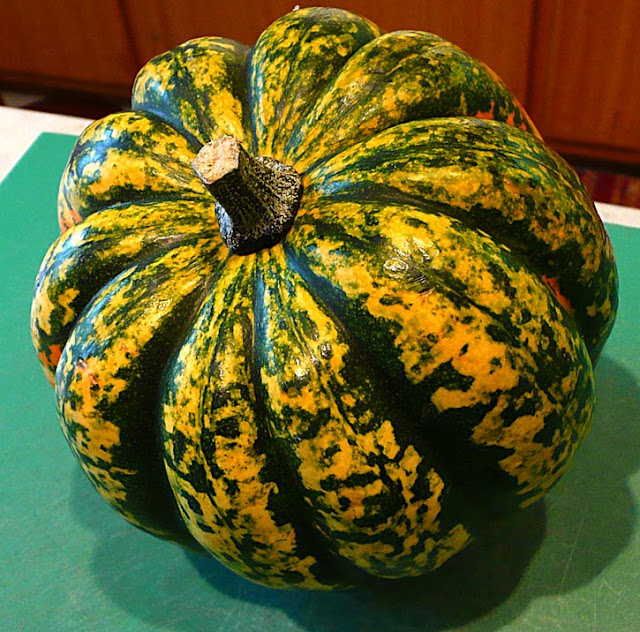 Here's a French-language site with a lot of recipes for cooking patidou squashes. Okay, fine, you say. But what I want to know is what the patidou is called in North America or the British Isles. 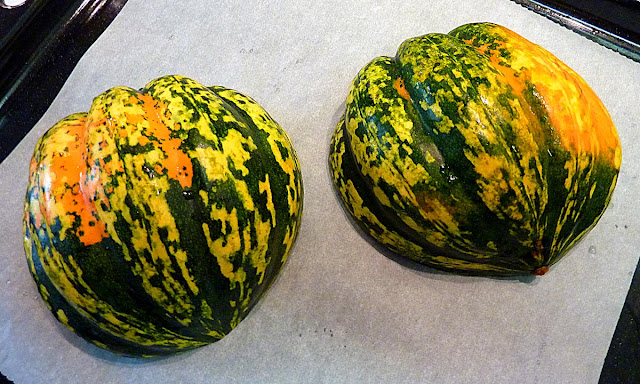 A patidou squash cut in half, seeds scooped out,
ready to be roasted in the oven

On one blog I saw the patidou called "sweet dumpling" squash, but I don't know that term. And in fact, some of the sites I find that mention the patidou show pictures of squashes that don't really look like this one. It's a mystery.
Posted by Ken Broadhurst at 08:19